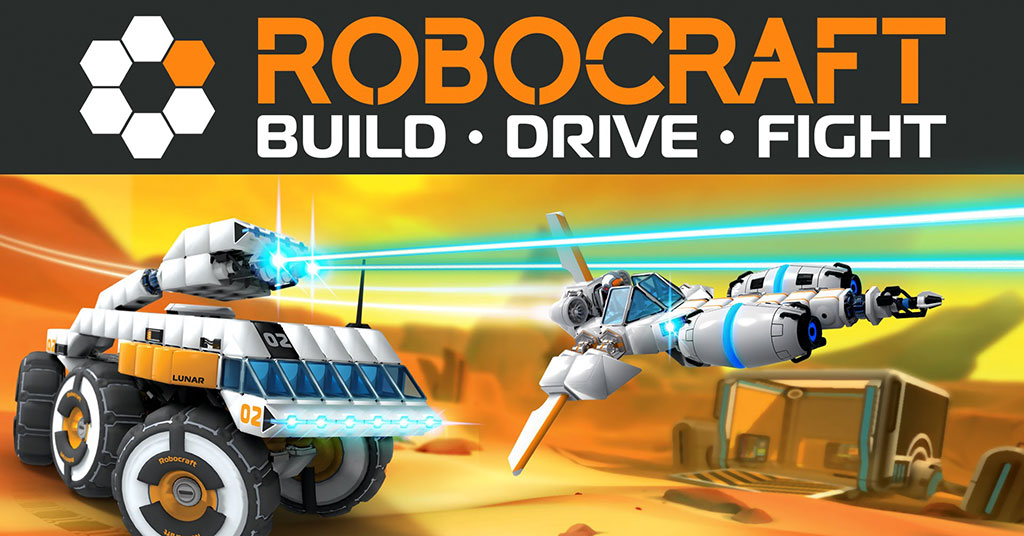 Mechanoids in video games are generally good for one thing and invariably that is carving a path of destruction through the local population. While the team at Freejam Games understand this well, they have found a slightly more constructive use for our chrome plated overlords. Freejam Games brought their new title, Robocraft to EGX Rezzed recently and Gaiscioch was lucky enough to get a hands on.

At first glance, Robocraft is a decidedly straightforward idea. As an area brawler, Robocraft straps players into a robot and lets them blow blocks out of each other. It takes a rather unique approach to robotic rampage by allowing competitors to design, build, and blow up their own creations. Like Minecraft with enormous laser cannons, Robocraft can only be described as the result of a mind weaned on copious doses of Meccano and Gundam, brought to life for a modern age. 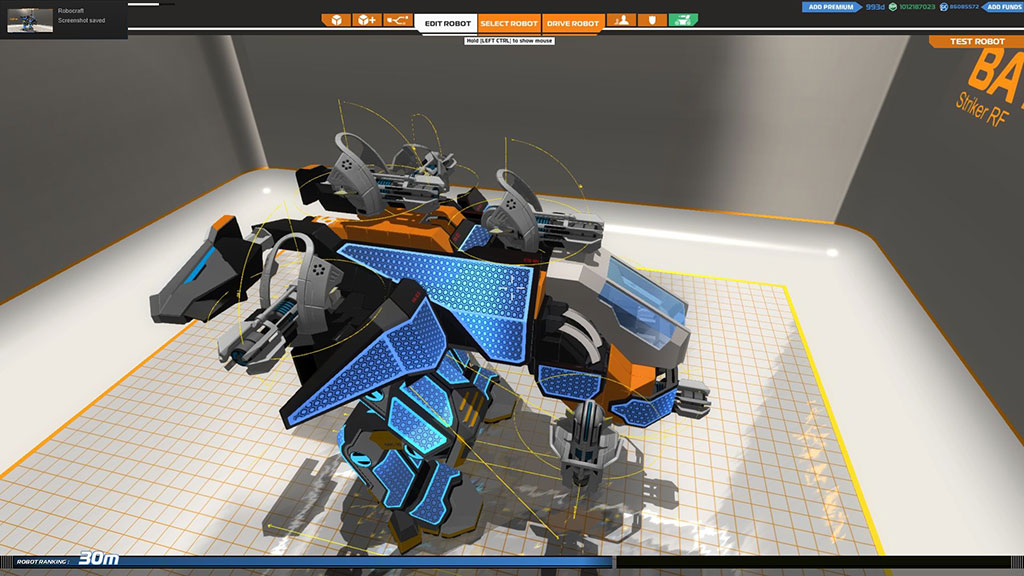 Player creations are constructed in the game’s own build garage which appears to be the logical starting point for users in Robocraft. This design space starts as an unassuming and thoroughly empty grey cube. Players can select a number of basic shapes, wheels, and attachments to throw into this, building their instrument of destruction. Actually getting this far can, however, prove somewhat challenging. Controls for these starting systems are not intuitive at this time. After a remedial masterclass, however, I was throwing a satisfying selection of shapes all over the screen. Freejam has already confirmed that this is an issue that they are addressing, and tutorials, as well as several early game improvements, are on the way.

During robot construction, everything started to fall into place and a torrent of blocks, shapes, guns, cannons, lasers, wheels, jet engines, and mech legs were thrown in. The number of possible constituent parts available in the factory is astonishing. It puts many traditional character creators to shame with around twenty variations on propulsion parts alone and permutations that are not worth counting after the millions. One of the hardest parts of the game may actually be getting out of the Robot Factory in the first place. 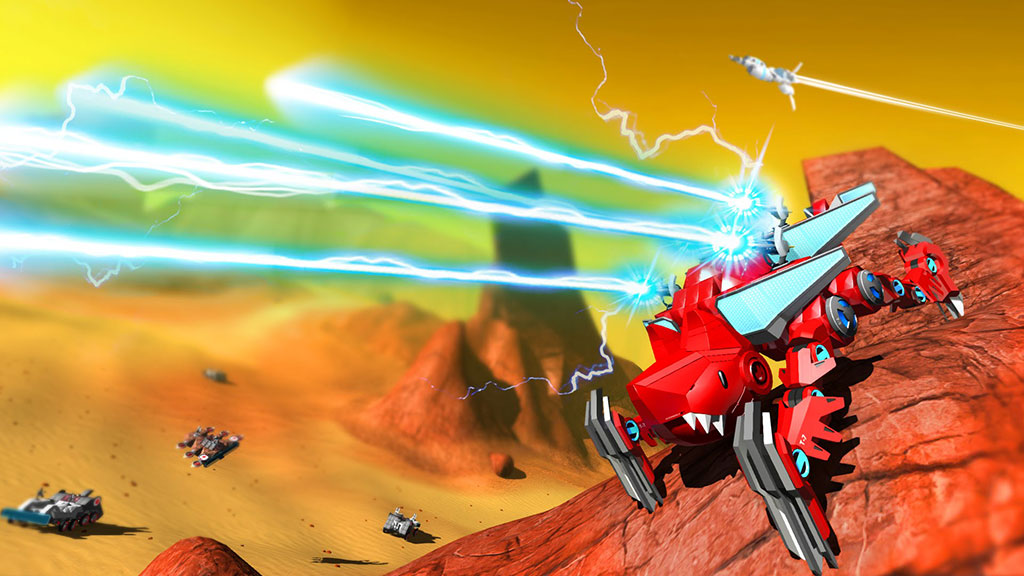 Despite the ridiculous number of possible permutations, Freejam gates access to many of these components via in game currency. This gating creates a soft learning curve that inevitably leads to a better understanding of basic robot construction and the game’s physics engine. As a free-to-play title, Robocraft does include monetisation options. It is gratifying, however, to find that this only seems to allow players to expediting their access to a wider variety of robot customizations and does not undermine balancing systems and resource management. This all ensures that robots remain reasonable and do not get entirely out of hand.

Taking a robot into the battlefield is an experience I have yet to replicate in many games. Robocraft already presents deathmatch, free for all, ranked, and challenge mode games to go robot vs robot. The incredibly polished physics engine is a fantastic addition and fights felt like a haze of adrenaline, panic, and utter confusion as I tried to find which way was up and point my lasers. Combat is manic and extremely satisfying. It is however the game’s only play style at this time. 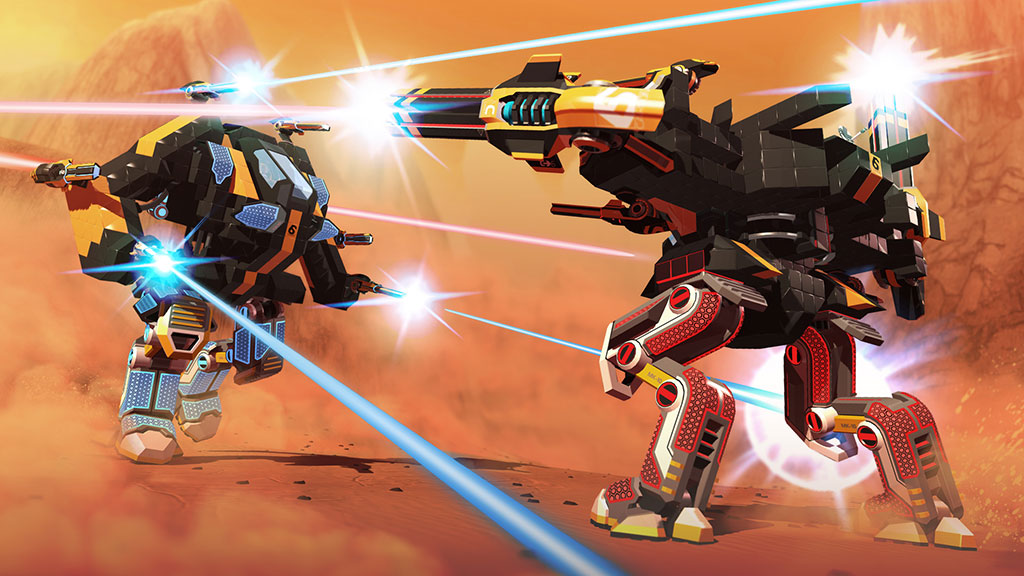 As a primarily competitive game, Robocraft appeals to a very disparate set of players. It allows players to create amazing works of robot but, for those more interested in just shooting something, the Community Robot Factory provides access to pre-assembled designs. It is the Robocraft equivalent of build templates and acknowledges that the game needs to be fully accessible to all its players.

While the scope of activities in Robocraft are relatively narrow at present, new game modes, tutorials, and social systems are incoming to address this. Freejam already has a fantastic game that is a massive hit in Japan. The robot construction is deep and slightly addictive while bombing mech warrior clones into rubble in your own flying rainbow shark bomber is a thrillingly unique experience. If you had your Legos taken away for playing too rough then you might want to try Robocraft, which is in early access now. 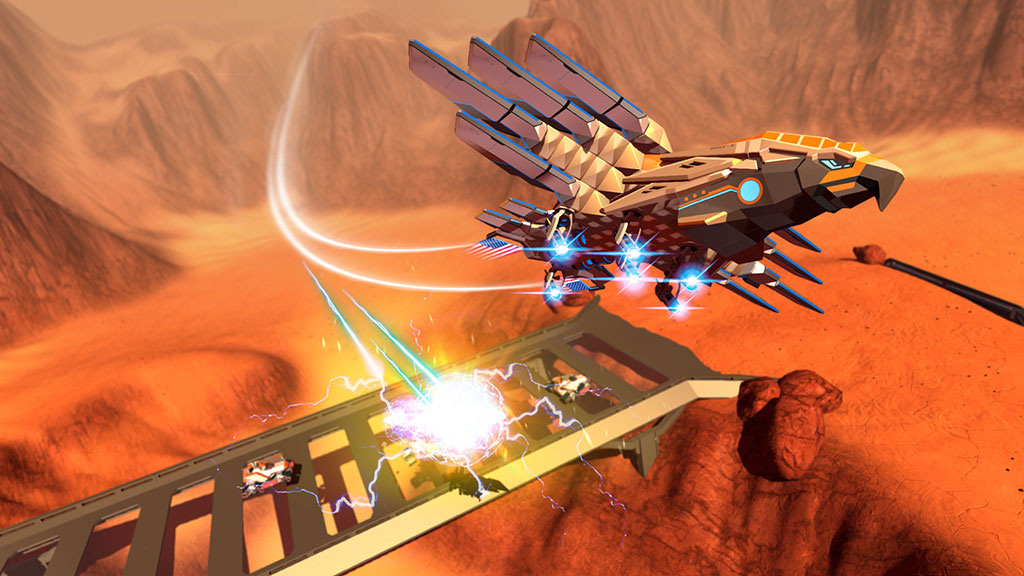