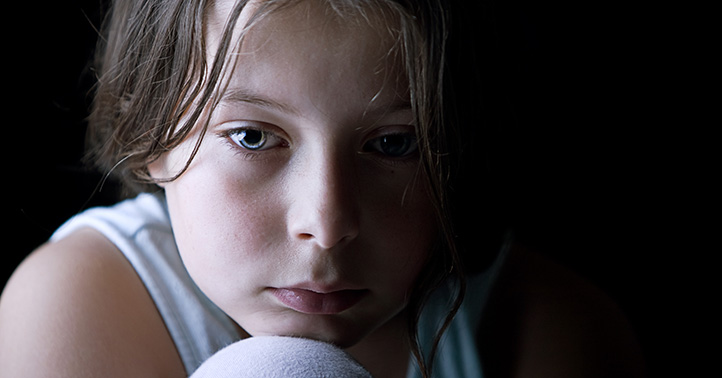 As much as we would like to believe otherwise, the truth is that hurtful words can sometimes do more emotional damage than a blow. The scars that words leave us cannot be seen, instead they are felt  inside, hidden away, something that was done to us, yet we are the ones that are left ashamed.

Hi, my name is Wind and I am a survivor. I have become a fire burning with the confidence that has so often eluded me. Every fire, however, starts with a spark and for me, one that was almost extinguished.

In the beginning of my schooling, as with many other students, I longed to belong. To find that I was accepted for who I was and be able to fit in. Yet I was shy and hadn’t the confidence to reach out to make friends, but instead waited for them to find me.

I waited, and waited to be noticed, for someone to smile at me or invite me over to their group of friends. Nobody did. As despair began to fall upon me one boy reached out and we became friends. Then something changed, our feelings increased and with them a longing to do what we saw in movies, kiss.

One such opportunity befell us. At recess just when the bell had rung signaling the end we met in a patch of trees right by the lines of students waiting to be counted and brought back inside.  Our lips touched. The news was around the school like wildfire and the mocking began.

From fourth to the beginning of fifth grade, we were mocked and ridiculed, placed as boyfriend and girlfriend. My reputation at the school was forever ruined. I was never placed in that boy’s class again nor saw much of him after that. Just when I thought it had all died down, sixth grade came.

“Look at her, do you even think she washes her hair?” or “She’s so ugly, no wonder she has no friends,” Yes, ugly, dirty, unfashionable, smelly, were the words that cut like daggers. Another boy shared my torment as I was ruthlessly paired with him.  “Look at you two. You’re both the smelliest people in sixth grade. You should get married!” Snickers and many jokes followed this idea.

They boy would always try to fight back spitting words of his own, but I mistakenly believed that my classmates were right because they were ‘cool’ kids. This led me to add my own hurtful words a time or two, playing to their game. “Yes,” I’d say batting my eyes pretending to kiss him or make jokes to pair us. I still feel the sting those words left on my tough unwitting friend and see his eyes hurt and angry.

My classmates were experts in playing at my gullibleness. At one point the dominate group of girls asked what my favorite place to shop was. I told them about a used clothing store that my mom had always gone to and they laughed and sniggered.  Then came their next words as part of the joke. “Maybe I can have my birthday party there,” was the leader’s comment.

I didn’t’ catch the teasing, so I replied, “Well if you are going to have a party there I’d have to ask my mom because I’m not sure that the store hosts parties.” I can still see their faces as I walked away and hear their laughter.

Everything about me was a target. I liked the school food. My tormentors made concoctions of their own to feed to me or try to get me to eat. I remained silent, hoping against all hope it would stop.  It didn’t. Sixth grade passed away to be filled with the horrors of seventh grade where I, still struggling with the schedule of seven classes, had my name turned against me.

Two boys at lunch, of a higher grade, would find me and torment me with a mispronunciation of my name while I sat hunched in a ball waiting for the bell to ring. I think that they thought I liked it because I, in certain circumstances, will smile, not because what they are saying is funny, but because I have retorts of my own that I hold back.

Frantically I looked for a fail-safe, somewhere no one could hurt me with words.  Luckily during a conversation with a family member, writing came up. I was wishing that there were more female characters in books, that there could be warriors or girl main characters when this family member said. “Well, if you want to see more female heroines and want to read about more books like that, why don’t you write one?”

Quite frankly the thought had never crossed my mind, however, the more I pondered the idea the more appealing it became. Again and again I’d be sitting there thinking, I could write a book. I could be the next Brandon Mull. Enthralled by this idea, I began to write.

In time, the bully’s words began to dull, my wounds began to heal, and my tiny ember began to flicker. They can’t hurt me; no one can make me feel like a nothing unless I let them.  No one can hold power over me for, as the poem Invictus starts, “I am the master of my fate, I am the captain of my soul.”

I found friends who knew nothing about my past, but merely extended an invitation for me to sit with them at lunch—a choice I never regret. My new burning fire longed to show the world what I could do, I wanted to be a leader and oddly enough that opportunity came by means of a game called Guild Wars 2 (GW2).

At first this was an opportunity to create my characters in real life! To send them on journeys and quests. The thought that I would meet friends here never crossed my mind. But as I began to warm to the game I found a guild called Gaiscioch. My dad suggested I join and so I did not thinking more on it.

Over the next year, I got a voice chat and began to participate in family activities. I’d associate with people on the game, but never truly built friendships. The more I played with them, the more open I became and now the term friend fits them to me.

I was afraid of talking into a mic and so mostly I’d pretend to not have one, but still I wanted to participate in their conversations besides just a game chat. Then I met Findan.

I followed him in WvW (World vs World) and longed to be the leader of such a group with the fire of leadership burning bright within me. I became friends with him and told him that I wanted to learn how to talk in a voice chat.

He agreed to help me. The first chat was, to say the least, terrifying. But he didn’t’ give up on me and eventually we had a conversation. I wanted to lead with him, but said that I’d probably not get enough gold for a tag. Then the opportunity came and the tag was bought. I was jumping with glee; now I could lead with Findan! I’ll show him on his next event, but that never came, instead news of his accident reached my ears.

The tag went on a back shelf and I became completely worried; I couldn’t concentrate on anything but Findan. As updates came of his improvement, a new thought followed, I still want to learn to command in WvW. I want to be flying a tag and leading a group through the borderlands when he gets back. I want him to see my events on the calendar and know that I did it for him.

It took a lot more encouragement from other friends in the guild to help me start overcoming my fear of commanding in voice comms. However, by gritting my teeth and never giving up on myself, I finally started asking leaders in WvW if I could co lead or shadow them to learn the trade.

Every time I tag up, a terror arises that sometimes silences me, and on occasion causes me to panic and cry. It is a struggle that I am overcoming in part for Findan, because I know that when he comes back to GW2 he will be so proud of me and I will finally feel like I am worth more than words could ever describe.

Yes, I am a survivor and I will spread my voice to the nations with one solemn phrase. “It matters not how strait the gate, how charged with punishment the scroll. I AM the master of my fate, I Am the captain of my soul!” and nothing will ever change that fact again.