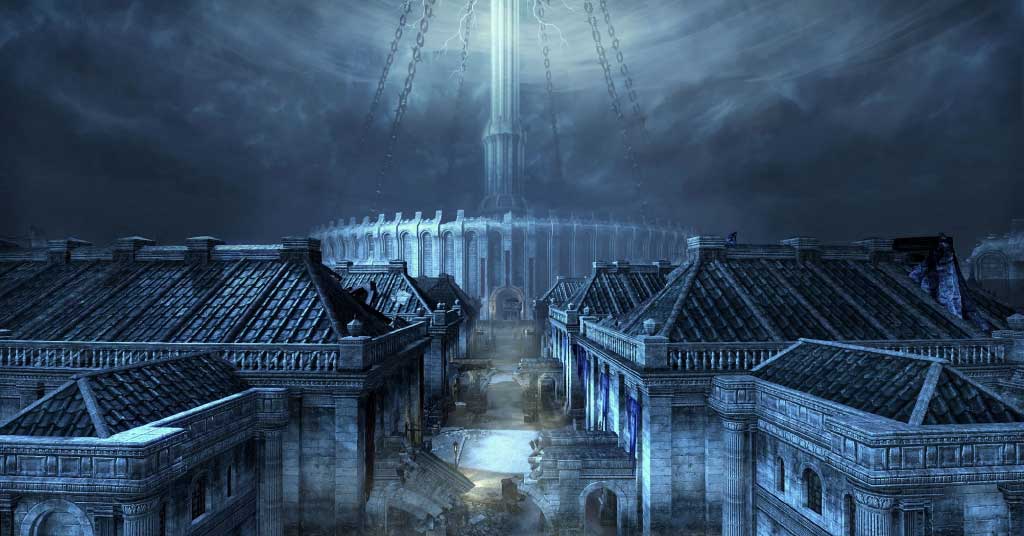 This tower is of Ayleid make, a relic of ancient times.  Now, of course, it is overrun by Daedra, much like every other place in the Imperial City.  However, it appears that Clivia Tharn, the Imperial Regent, is here...

The easiest boss in either of the new dungeons, and maybe anywhere.

That’s it.  Seriously.  Just kill him, and that should be easy, given his tiny HP pool.

This mockery of justice everywhere is sitting in a room with several cages immediately after the last boss.

These Daedroth are the enrage timer check for White Gold Tower.  As with the Flesh Atronachs in the Prison, they serve as a DPS check of sorts.  The timer, should one exist on normal mode, is extremely long, but swift work is still good practice for veteran mode!  Kill them swiftly, while avoiding the usual Daedroth fire mechanics, and you will be fine.

Another important mechanic in this dungeon shows up here.  Shining white portals will appear on occasion.  One player will have a Shadow Realm Aura around their head.  They use a light attack (2, maybe, if a tank) to kill the portals to stop adds from coming through.  The faster, the better.  There does seem to be a breakpoint on both normal and veteran modes, where after 2 mobs come through the portal decays.  The exception to this rule is during Planar Inhibitor.  It is good practice to kill the portals swiftly in order to prepare for that battle.

You saw them down below as reliable friends, but now that ‘Clavia’ has revealed her true colors they are your enemies.  The tank should pull the melee enemies away from the group, and kite them in a circle.  They will still pull people in, but those people just move to safety and continue dpsing.  Melee DPS is not recommended here.  Ranged interrupts are great.  In VR mode, you can get chained into 2 enemy AOE hits causing about 23k damage, so having that much health may be a lifesaver.

There are three and they should be killed in the following order (advanced groups may look into killing the DK or NB first, as it is faster.  The danger is that they will then be untanked, which can cause problems.):

First is Ortho the Templar who is the healer of these three guards.  While the tank handles the other two, the healer and both DPS should be attacking Ortho until he is dead.

Second is Micella the Dragon Knight and is the best choice to target after the templar due to the chain pull mechanic.

Third is Cordius the Nightblade, who is the least dangerous, but still able to put out a lot of damage, Cordius dies quickly without support.

The Scion of Wroth (miniboss):

This titan shows up to make an attempt to stop your progress.  It isn’t too tough, just focus and you will get by this test.

This Flame Atronach feels you are unworthy.  Show her how wrong she is by keeping a solid awareness of the following mechanics.

Originally pretending to be Clivia Tharn, Molag Kena jealously guards an Elder Scroll from you.  She must be defeated to stop Molag Bal’s plans.

Credit and much thanks to:

Your help in running these dungeons, taking screenshots, and recording the mechanics are much appreciated.  I hope those of you who did not specify nicknames enjoyed what I gave you!