Uruks Arriving in Shadow of Mordor 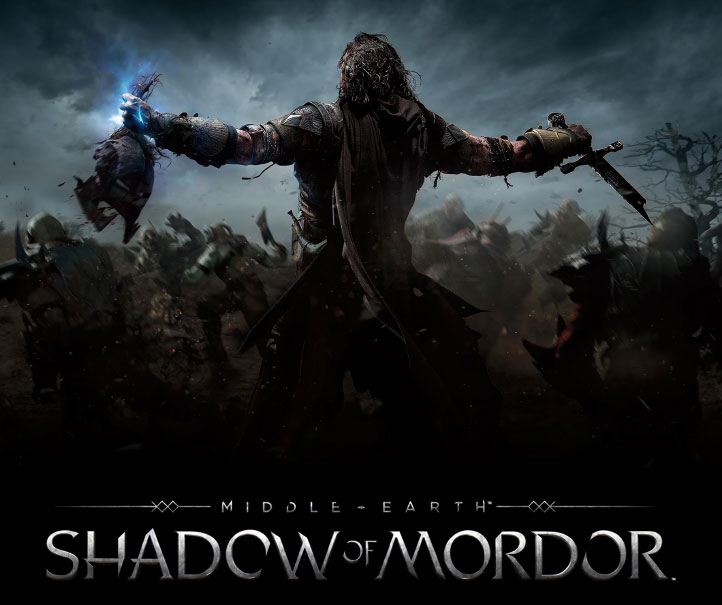 Developed by Monolith Productions and release by Warner Bros. Interactive Entertainment the game is set between the events of The Hobbit  and  The Lord of the Rings.  Middle-earth: Shadows of Mordor takes place near the Black Gate. You assume the role of Talion, a ranger of Gondor assigned to the Black Gate. At the start of your adventure you are teaching your son how to fight when the garrison is attacked by Sauron’s Uruk Forces. The Uruk forces led by three Black Numenorean Captains kill both your wife and son as a sacrifice to summon the wraith of an Elf Lord. The Elf Lord is summoned but has lost his memory and therefore merges with Talion saving his life.

From there you begin your quest to avenge the death of your family and discover the Elf Lord’s identity.

The game has a pretty good tutorial to get you started. One thing that they don’t make clear is that you really have to choose your battles carefully. If you take on too many Uruks you’ll be in trouble as they will learn from your attacks, and then overwhelm you. So when the enemy kills you, that specific NPC levels up and gets stronger. This is called the Nemesis System. The interface has a list of Uruk Captains which is where you find the ones that have killed you.  The interface will mark the NPC that has killed you with an arrow for revenge. I love this feature because nothing is more satisfying than getting even with those NPCs. This can also be frustrating, because if he kills you again, he gets even stronger.  This is where gaining “intelligence” comes in handy.

In the open world where you can run around and explore, free human slaves, or just kill random Uruks, certain Uruks will have intel on them. To gain the intel, you don’t kill them, rather you grab them and enter their mind with some help from the wraith.  Then you go to the Sauron’s Army screen and select which NPC you want to learn about. From there you will learn their strengths and weaknesses which will help you tremendously in defeating these Uruks. 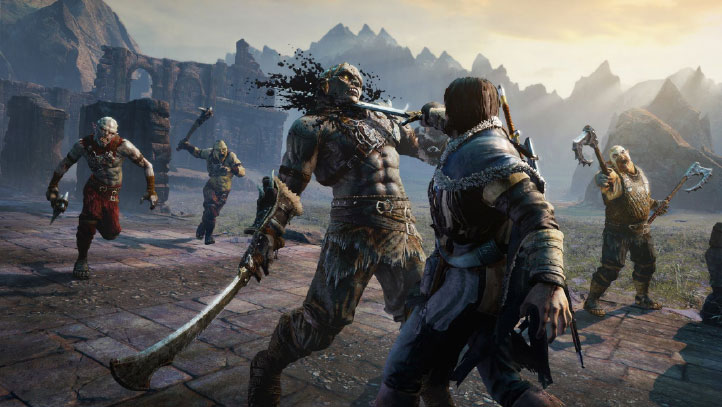 Now let’s get into the fighting. You have three weapons: The Lord Elf’s Bow (Azkâr), a Dagger (Acharn), and a Longsword (Urfael). First the Bow, which gives you a limited  amount of shots  but can be upgraded. Using the Bow puts you into Wraith Sight which slows time while you aim. The Bow is great for sniping, and you can also unlock an ability that allows you to pin your enemy in place for a short time.  Next is the Dagger, which is primarily used for stealth kills and finishing off your enemy after using the Longsword. Last is the Longsword, which is pretty straight forward, you use it when your enemy knows that you are there. You need to time your attacks, and  after a few blows the Sword will stun your opponent which allows you to kill them. Be careful when you are fighting multiple enemies as they can interrupt your attacks.  You can improve the time it takes for the stun kills.

The weapons themselves are upgradeable with runes that you get from successfully killing a captain. Starting you only have 1 slot for runes, but you can upgrade the amount of slots. In addition to your weapons you also have some wraith abilities that allow you to stun or drain your opponent. Same as with the stun kill, you can be interrupted when trying to use your wraith abilities. 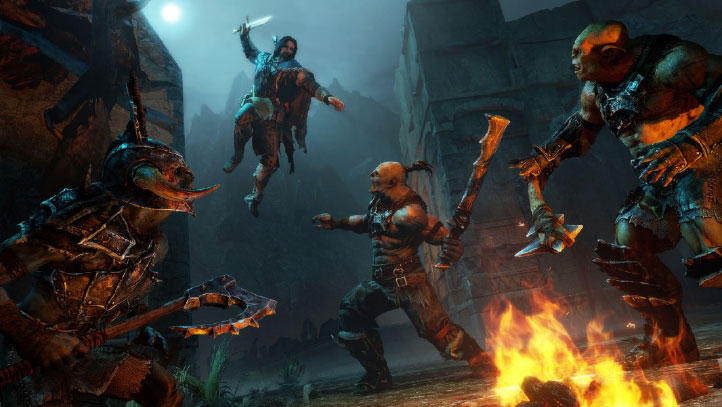 There are 3 ways of leveling up: standard xp, power, and Mirian currency.  Standard xp will give more abilities to use, but in order to use those abilities you need to gain power to unlock higher tiers of abilities. To gain power you have to go kill the captains. There are also missions that grant power as a reward.  Mirian currency is used to purchase more rune slots on your weapons, increase health, focus, and more arrows.  Mirian currency is also earned through missions, locating artifacts on the map, and completing challenges. 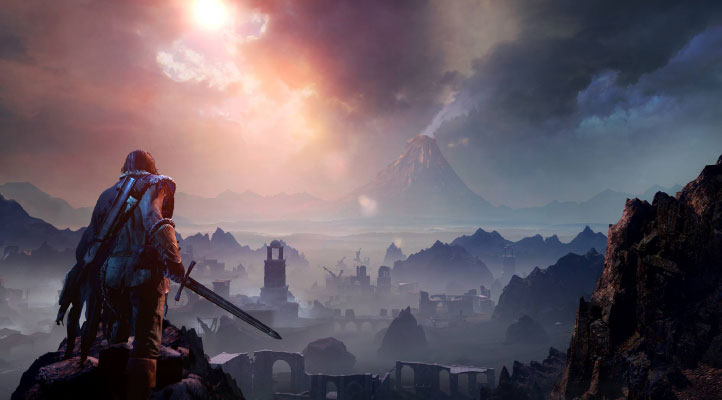 Shadows of Mordor is an open world/ sandbox style game. Even though I have only played a short time, I really enjoy it. It is available for the PC, Xbox 360/One and PS3/4. Enjoy! 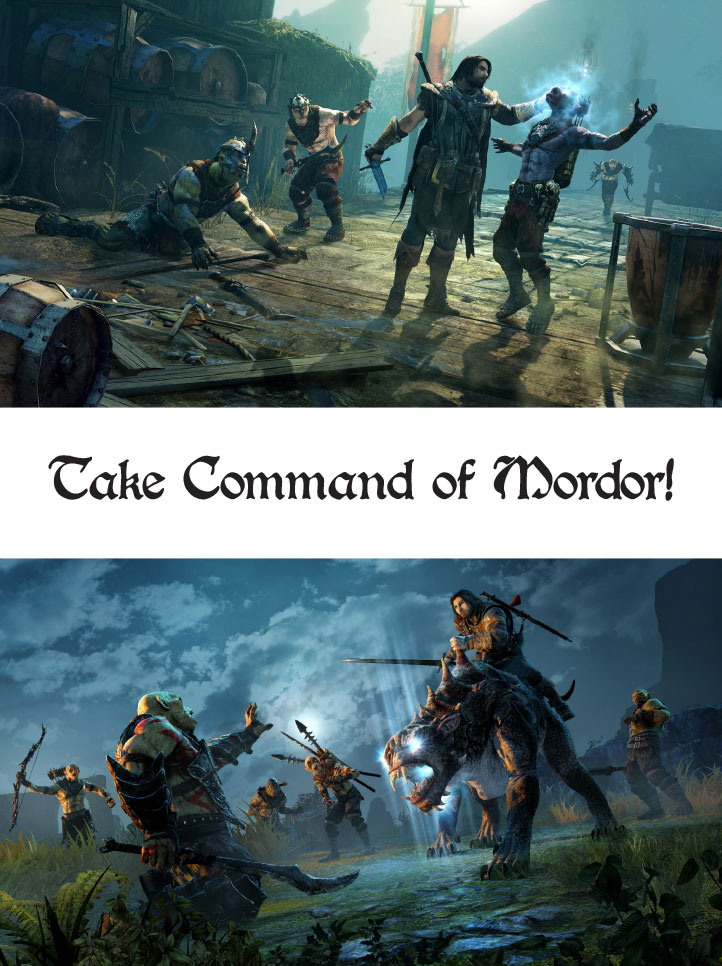