Unleashing Chaos: A Just Cause 3 Preview 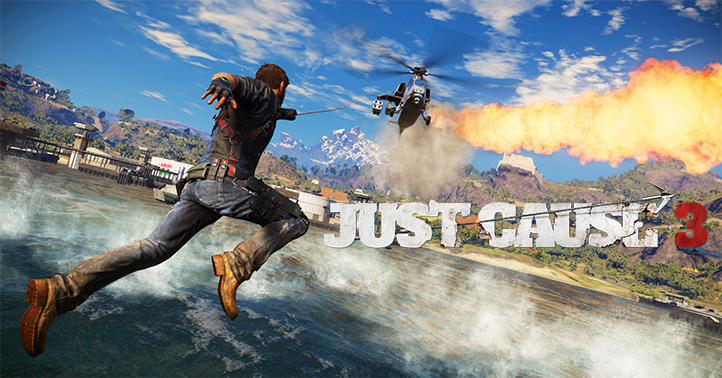 It’s been a tough day and I just want to unwind, so I sit down and start Just Cause 2.  Forget playing the story mission or any quests, let’s just go create chaos. Why?  Because you can. Just Cause 2 is my favorite go-blow-stuff-up-for-the-heck-of-it game.  Just Cause 2’s premise is to destabilize a dictatorship government by causing as much chaos as possible. You cause chaos by blowing up random government labeled objects. As you create more chaos you unlock more missions. Even after you complete the story you can keep going. That was my favorite part of the game. Just run around and blow stuff up. I also enjoyed using the grapple hook and tethering enemies to vehicles or other explosive objects.

Just Cause 3 has taken the same open world sandbox format from Just Cause 2 to a new level.  Returning to the fictional home of protagonist Rico Rodriguez, the Mediterranean island republic of Medici, to liberate it from a corrupt government. The open world environment is over 400 square miles from the water to the sky, with numerous vehicle, weapons, and gadgets to create the most chaos possible.

One of the most important gadgets is the grapple hook. In Just Cause 2 you could use the hook to get around the map, tether vehicles and enemies together, pull enemies off high ledges, and few other creative ways to use it.  Just Cause 3 has added the ability to multi-tether up three objects together.  You are also granted the ability to upgrade and make the grapple even stronger. An example in a preview trailer shows grappling 3 helicopters together while they were in the air. I personally cannot wait to get my hands on that feature. 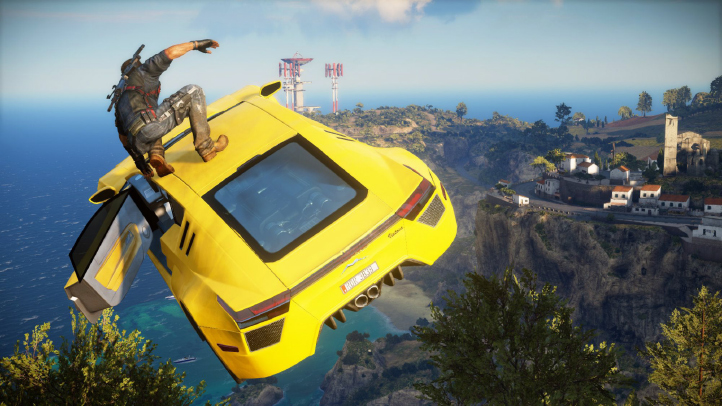 In addition to the updated and upgradable grapple hook, the developers have added a wingsuit to go along with the parachute. Along with his wingsuit, Rico will have a modified “gun rack” that will allow you to carry 3 weapons which you will be able to use while free falling. In Just Cause 2 you were limited to using 1 handed weapons and only while parachuting.

With the new features that Avalanche Studios and Square Enix have announced, as well as what I saw in the gameplay trailer that was released at E3, the December 1, 2015 release date cannot come quick enough.  I really look forward to the crazy amounts of fun that I will have causing chaos. Why is is fun to just run around in a large open sandbox creating chaos, “Just Cause” it’s fun. 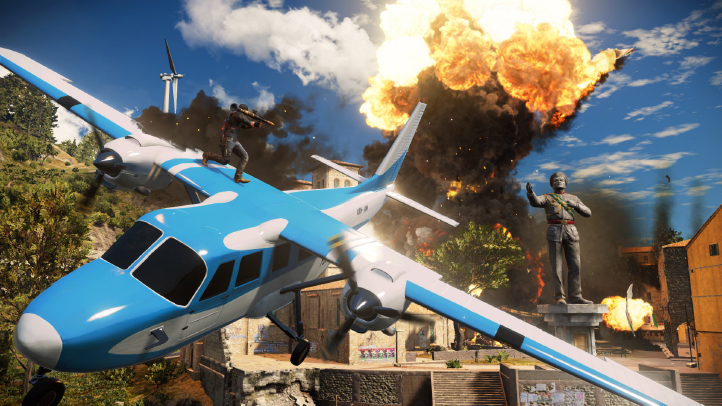