If you've played any of the Trine series games you know what it is to play a work of art. Trine has a very unique graphical style with vibrant colors and scenery that looks straight out of a painting. The best way I can describe the whole Trine series is like playing a moving work of art.

Gameplay-wise, you can expect a wealth of puzzles that you'll need to solve in combative situations. There will be certain characters you'll need to use to unlock certain puzzles. Where typical puzzle games tend to be on the stationary side, this one turns up the action to the max.

I first discovered Trine 4: The Nightmare Prince at PAX West 2019 where it caught my eye while walking through the show floor. I wasn't even aware Trine 4 was in the works. After a short playthrough of one of the levels, I was overjoyed by the return to the 2.5D style that made Trine 1 & 2 so great along with all new puzzles to solve and new ways to solve them. Today we sit down with the team behind Trine to discuss what's new in Trine 4: The Nightmare Prince. 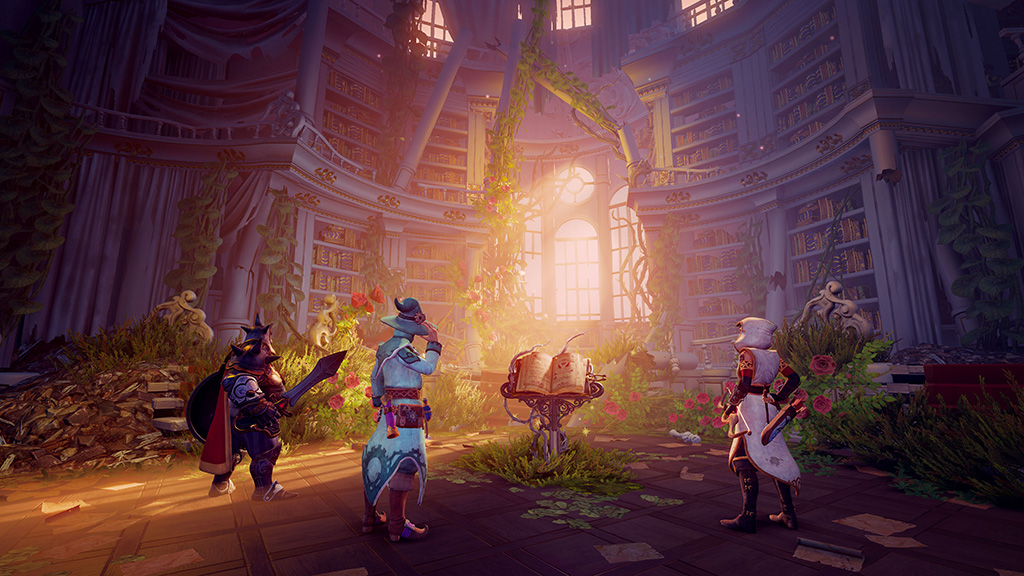 Thank you for taking the time to speak with us. First, to kick things off, can we have you introduce yourself with a little bit about your history and what your role is at Frozenbyte?

Hey there, my name is Kai Tuovinen and I’m the marketing manager at Frozenbyte. I’ve been with the company since 2012, so around 7 years now. I joined at the time we were making the Goblin Menace DLC for Trine 2. My role is doing all sorts of marketing, business, and PR stuff.

Can you think of one new technology that has been introduced in the past 5 years that has changed how you make games? Anything help make Game Development a smoother process or take it to the next level?

For us, it’s been a transition to a new engine. It’s custom Frozenbyte tech but it’s been modernized and includes many features such as PBR (Physically Based Rendering)  that e.g. our artists have wanted to have for a long time. That’s one of the reasons Trine 4 looks so good, and our artists have been able to put in some extra touches, not only in the art itself but also on the technical level. :) 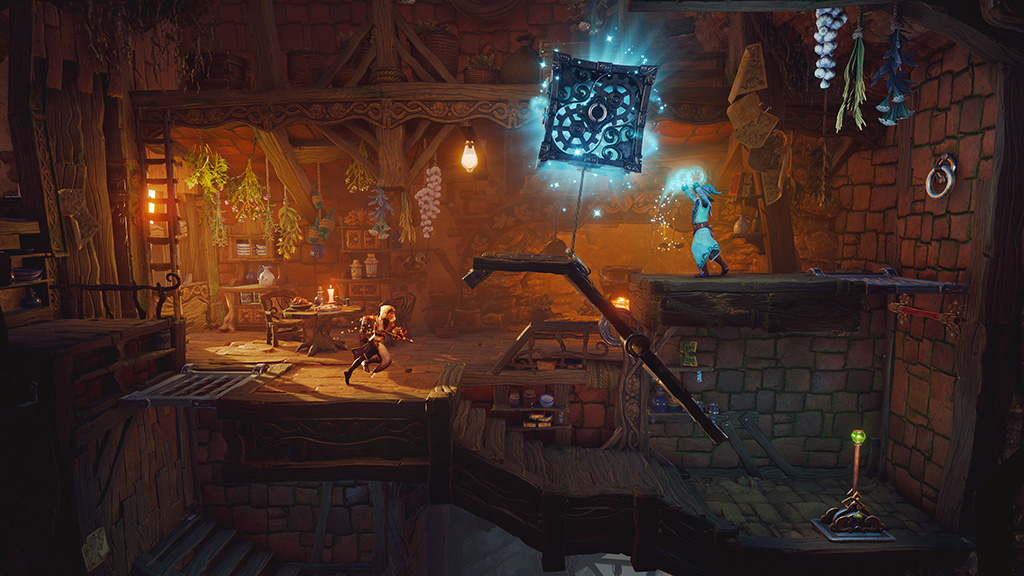 Let's talk about Trine 4. I noticed it's returned to the tried and true 2.5D format that made the first 2 games instant classics. Can you tell us why you decided to return to the original format rather than evolve Trine 3's 3D format?

The return to 2.5D, the ‘back to the roots’ style was a result of a number of things, both internal discussions and what we were hearing from our Trine series fans. We felt that the sidescrolling gameplay style was more suited for the core skills and abilities of the three heroes, the puzzles worked better and we would be able to create more content than in full 3D.  We also collected feedback from all over to see what the fans wanted in the next Trine game. The traditional 2D gameplay is what fans loved and wanted back, so the choice was easy to make!

There isn't a whole lot out there about the story behind Trine 4: The Nightmare Prince. Can you share a little about the plot of this adventure in the Trine universe?

Our three heroes, Pontius the Knight, Amadeus the Wizard, and Zoya the Thief are joined together once again on a quest to retrieve Prince Selius, a troubled young ward of the Astral Academy whose lack of control of his magical talents has led his nightmares to manifest themselves in reality. The trio must embark on their newest adventure before these dark dreams consume the waking world! 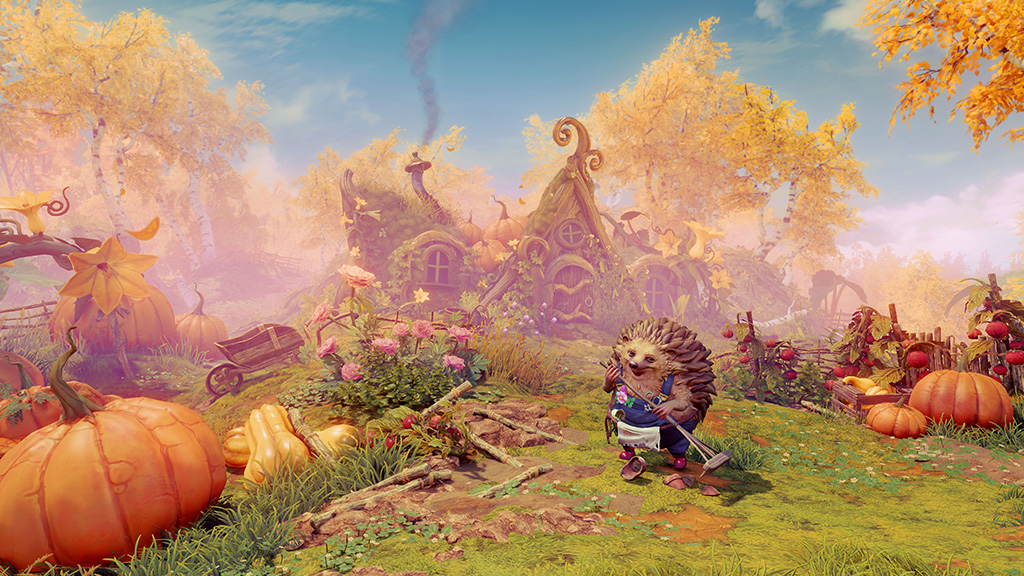 This time we have a 4 player co-op experience. Can you explain to us how the 4 player experience works when there are typically 3 main characters?

Each player will be able to switch between our three heroes at any time. In 4-player co-op, you can have 4 knights, 4 wizards, 4 thieves or any combination of the sort at any time. Being able to have more than one of each type of character on screen at the same time has allowed us to get really creative when designing puzzles which may require duplicate heroes to progress.

The full Trine 4 experience can be experienced solo or in co-op. However, some puzzles you encounter will be dynamically scale based on whether you are traveling alone or with friends, so die-hard fans of the game should consider playing through multiple times to see what changes. The puzzle changes are most evident in the Unlimited Mode and some of them are impossible to solve without the help of additional players. 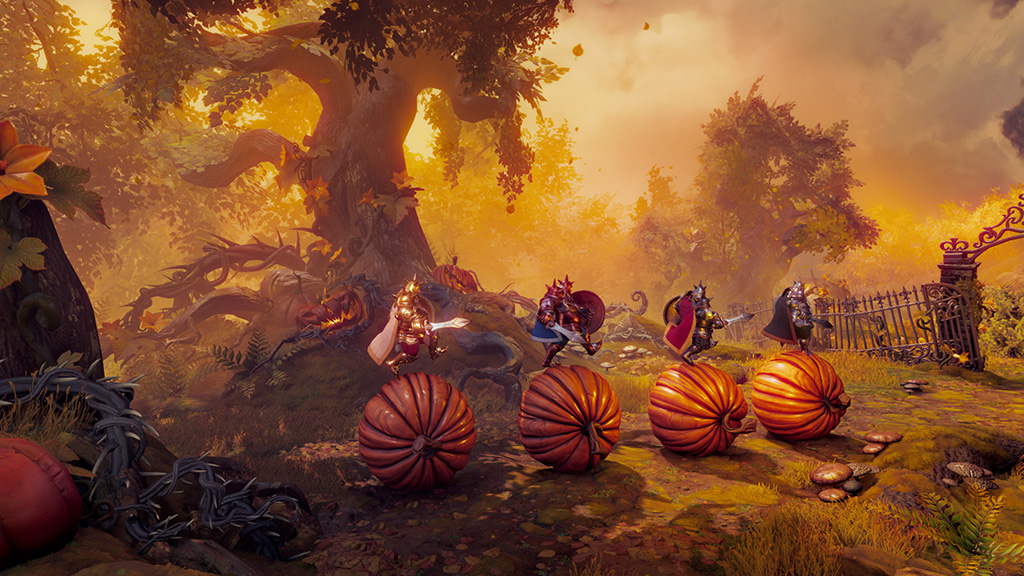 What unique new features or changes are introduced to the Trine series for the first time in Tine 4: The Nightmare Prince?

The three heroes have many new abilities, for example, the Iron Ball, Blink and Horizontal Throw for Amadeus, Dream Shield and Lightning Sword for Pontius, and Dodge, Fairy Rope for Zoya.  Also, some of the abilities you’ve seen in previous Trine games also have totally new uses in Trine 4, for example, the Thief’s rope can be combined between two points to form a rope bridge.  One of the big new features is the multiplayer puzzles in Unlimited Mode, that’s something we’ve never done in a Trine game before, and it adds a ton of replay value!

Let's talk about those boss fights. When I was at PAX West I was able to play one of the boss encounters and it was vastly different from anything I played in Trine 1-3. What was the inspiration behind changing the way you handle boss fights and what can players look forward to in Trine 4?

There are a lot more boss fights in Trine 4 than in previous Trine games, and we designed them to include light puzzle elements, so they’d fit in with the rest of the game better and be more interesting. Some boss fights involve more action than others, as we wanted to tailor fights to suit specific heroes. In the three heroes’ nightmare encounters, you can only play as one specific character, as that’s his or her nightmare and requires a unique set of abilities. Get ready to find out what the Wizard, Thief, and Knight are most afraid of! 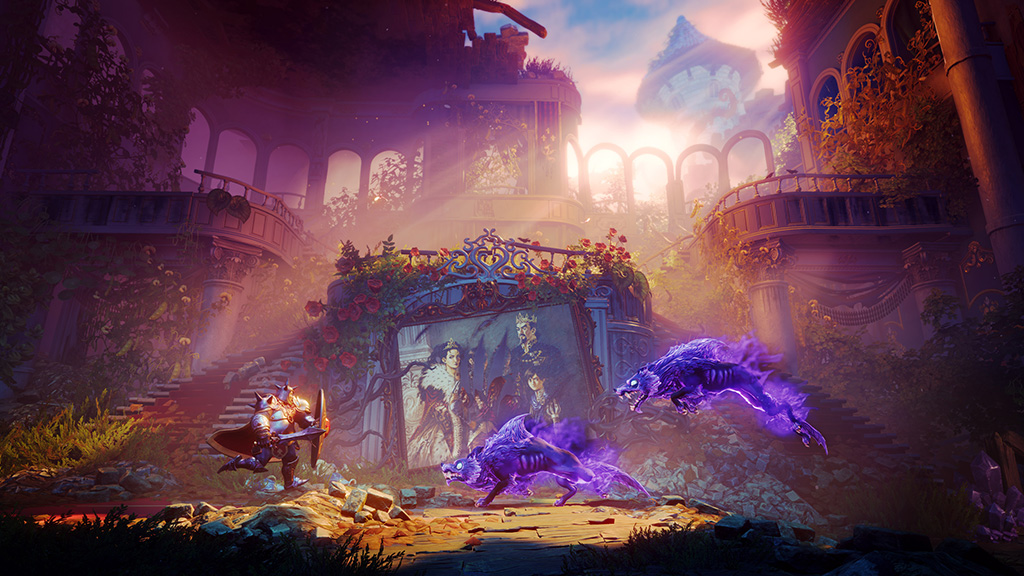 About Trine 4: The Nightmare Prince

Trine 4: The Nightmare Prince sees series heroes Zoya the thief, Pontius the knight, and Amadeus the wizard reunite for their most incredible adventure yet as they set out to locate Prince Selius. The prince’s spells have brought the land’s very worst fears to life, leaving the star trio little time to find their royal target and help revert his mismanaged magic.