What's the Best Unit for Resource Gathering in Conqueror's Blade

If you're trying to wrap your head around Conqueror's Blade, and you've likely often pondered about the best troops to bring with you while gathering. When I first began, I thought that having farmers would result in more food output, while woodcutters might bring in more timber. Sadly I was mistaken. Every unit can be used to harvest, and most of their output depends on their "Labour".

In this guide, I will be outlining each of the units that have gathering bonuses that will help you output the most resources with the least effort. For your resource gathering unit, you will want to recruit 5 troops (yes, they can be the same) to fill your Warband. Don't gather without a full Warband as you will be missing out on Labour points that will improve your yields.

This one I've spent quite a great deal of time experimenting with to get solid data for just how much Labour effects resource gathering. My experiments began as creating each of these units and leveling them up to the veterancy level where they gain both bonuses if available. Then I took each unit independently to the same exact node and farmed it 5 times per unit. I mapped out the averages from each unit and then compared them to each other. With a 2.8 Labour point difference between Serfs at level 7 and Village Watchmen at level 6, I witnessed a 9-10% difference in resource gathering per point of Labour. This can largely be attributed to the veterancy skills unlocked for each unit.

Let's take a quick look at the 4 best units for resource gathering.

By far the worst troop for harvesting. They only have one bonus to resource gathering which unlocks at rank 5 when following the bottom line. Unfortunately, the only useful fighting skill they have appears at rank 10 when following the middle line making it impossible to have both a warrior and a gatherer. 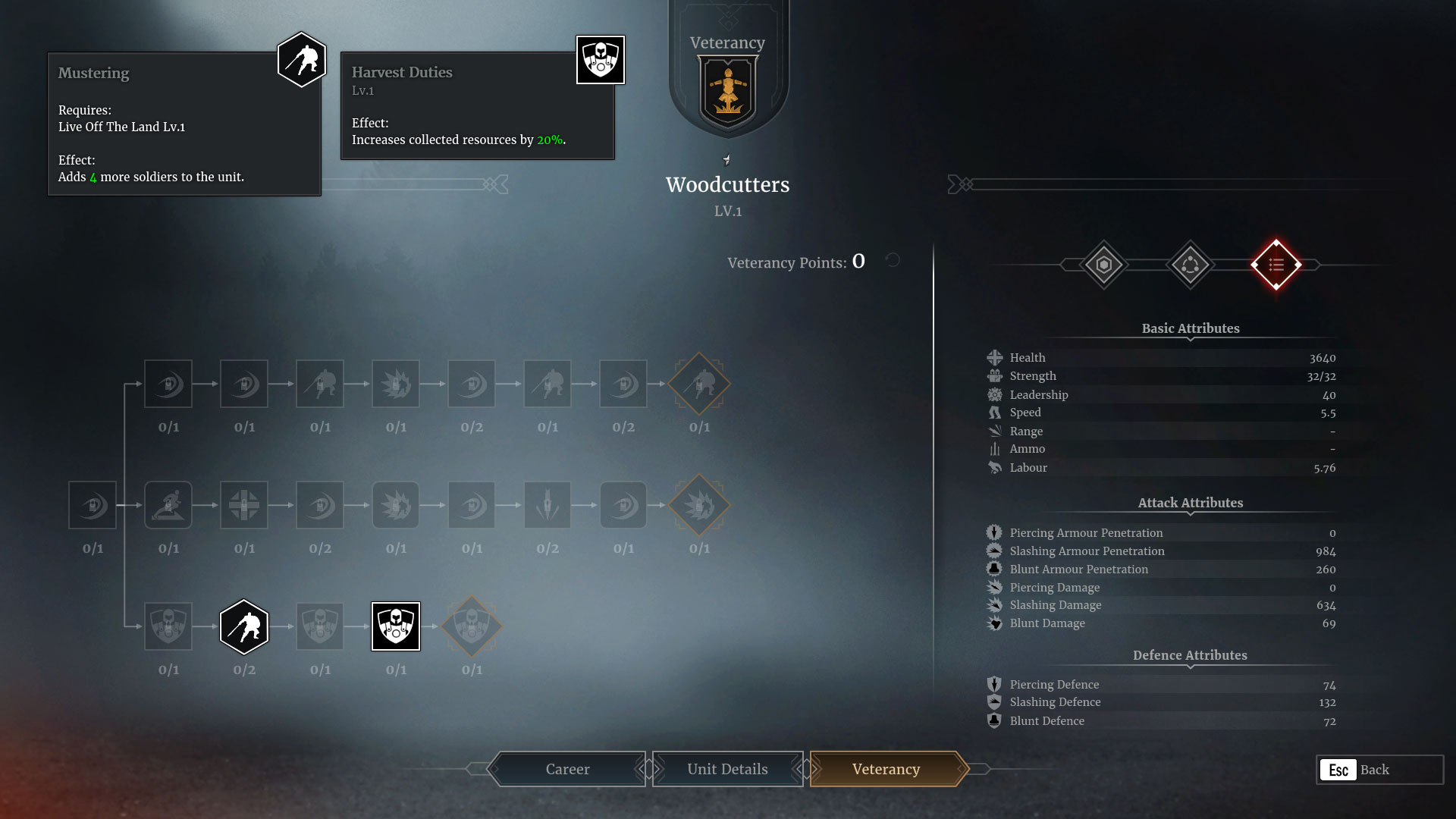 These peasants can hold their own against light calvary better than other rustic tier units, however, they require you to level them up to veterancy rank 10 before you can unlock the 40% per unit resource gathering bonus. 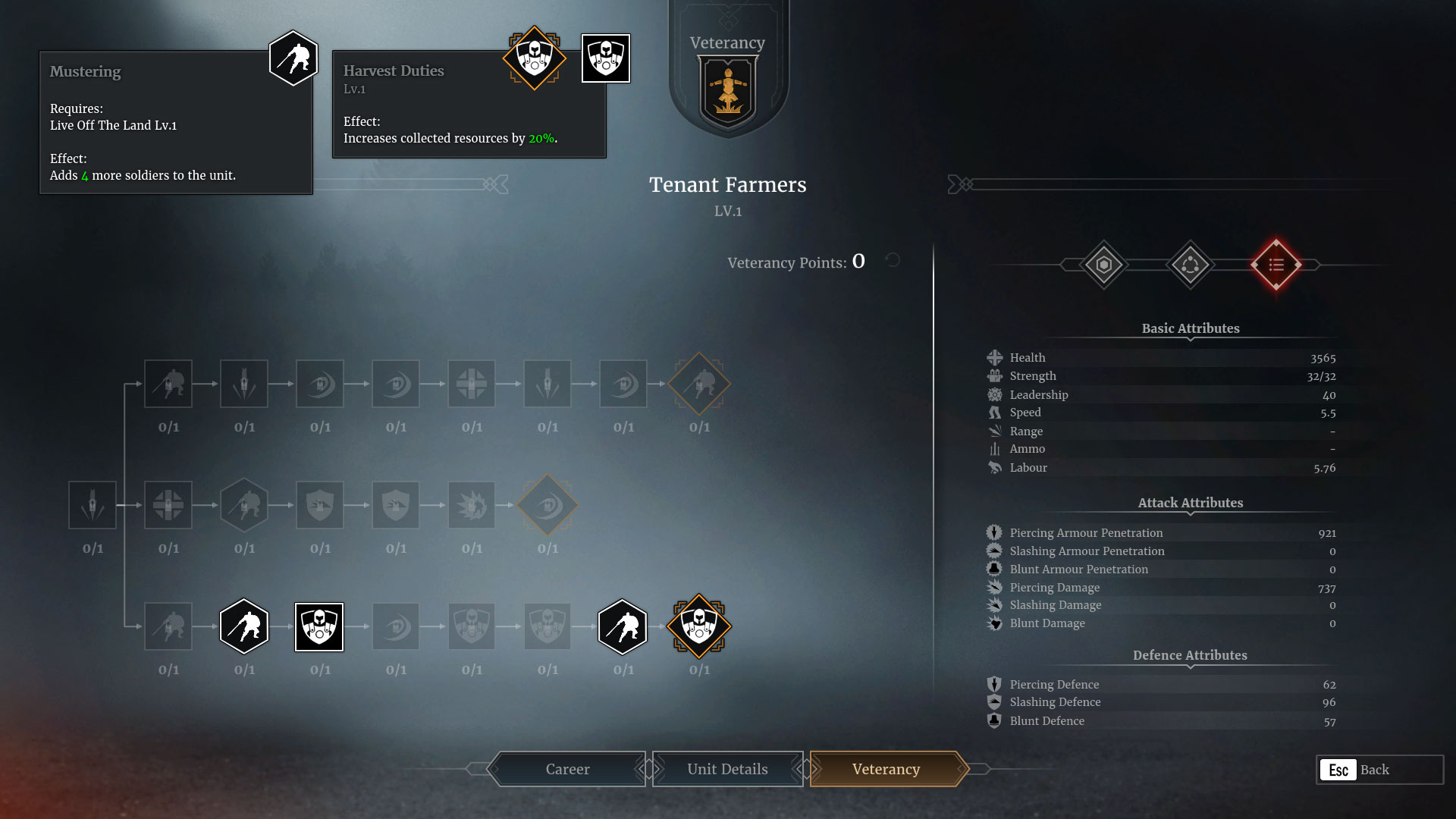 To be honest, Village Watchmen aren't very good warriors. They die with ease and have no self-control. They will run off and attack things even if you ask them to defend a location. But we don't love them because they're warriors, we love them because they're the easiest unit to gain the 40% bonus to resource gathering. You only need to earn Veterancy Rank 6 to gain both Harvest Duties skills. 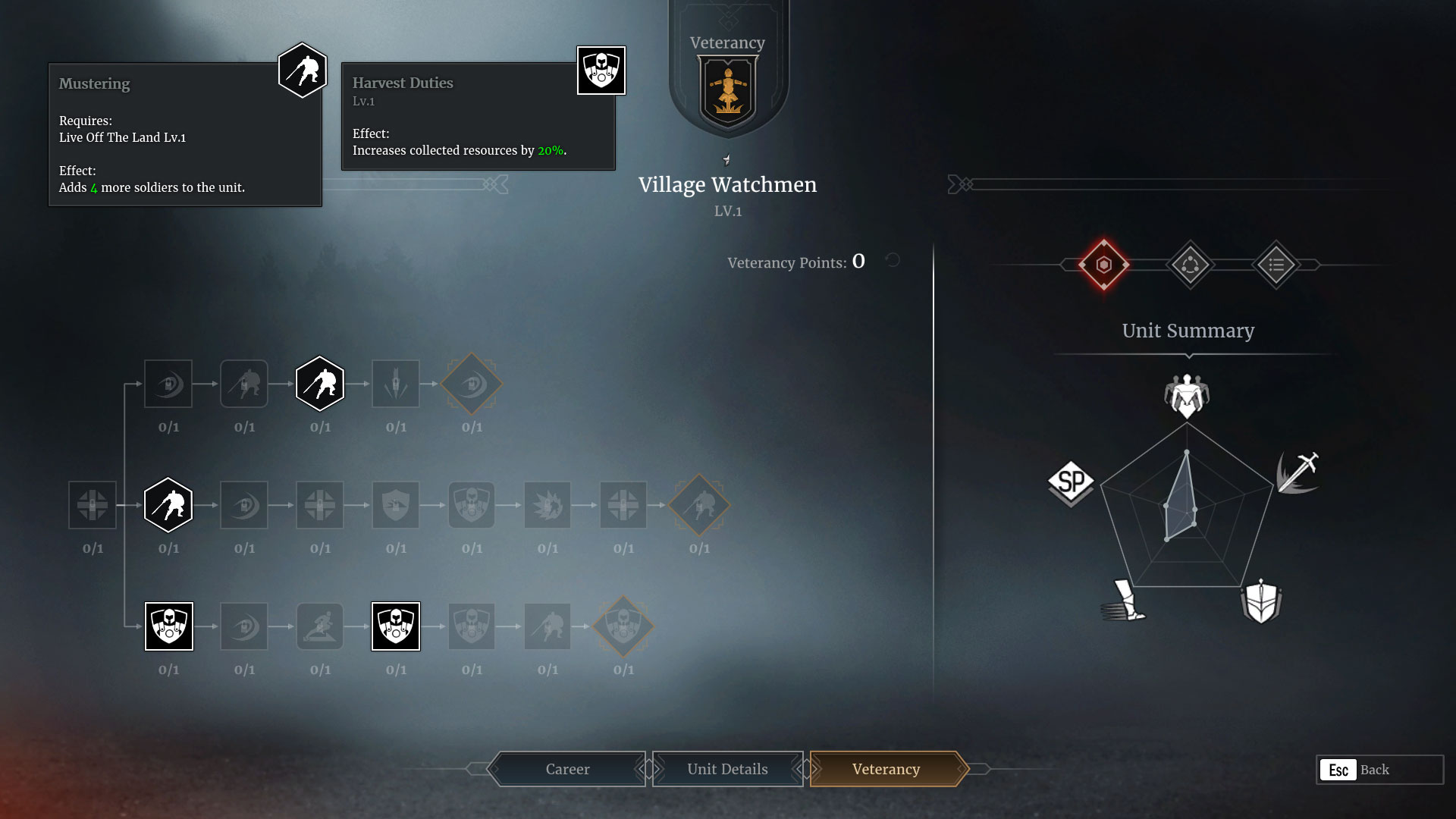 Serfs are one of the first units you will unlock. They are 1,300 Bronze each, have no resupply cost and even can be a good starting unit. Serfs will by far providing you with the best output, however they take longer to get to the point where resources accumulate at the 40% bonus level. 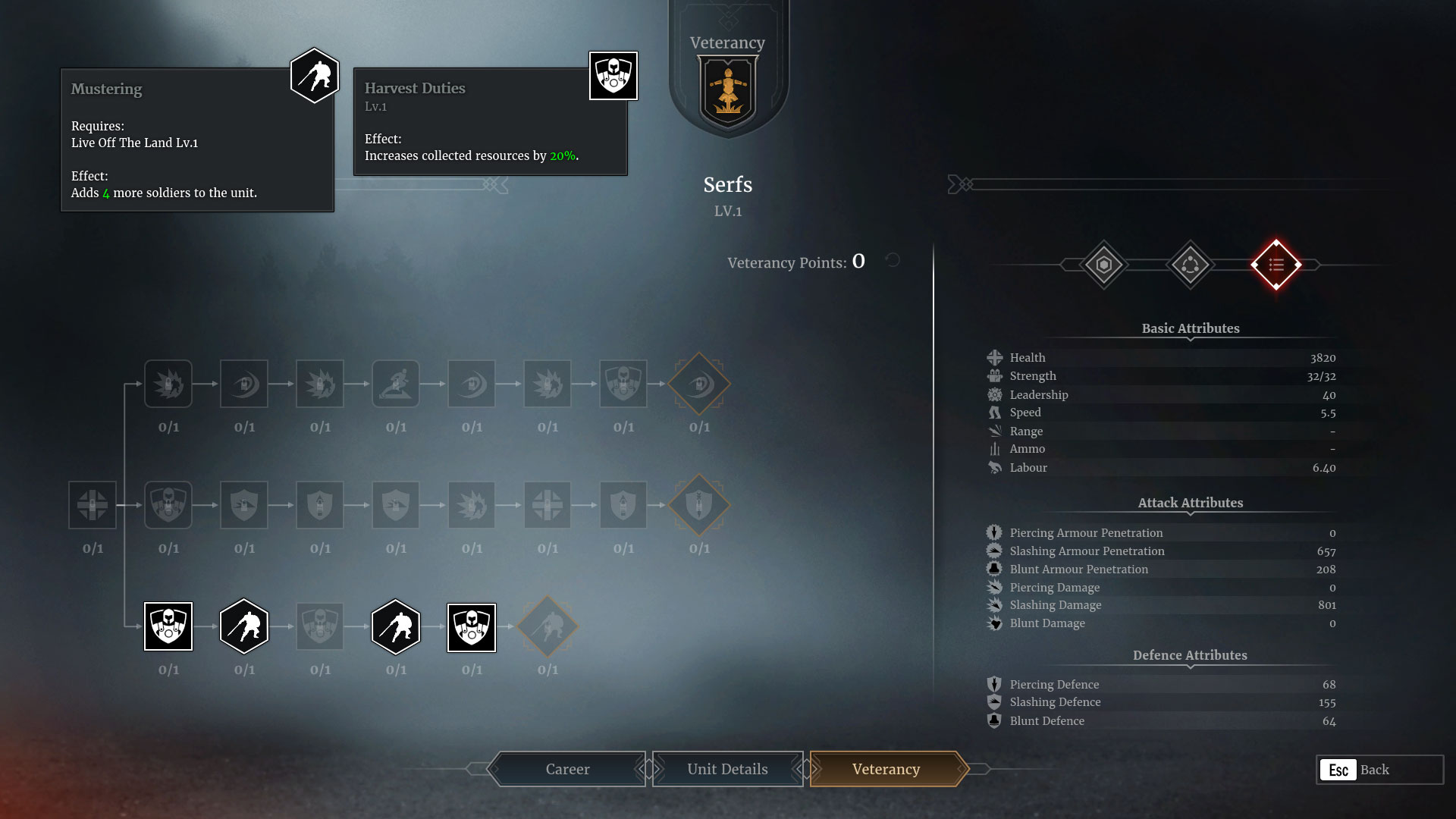 If you're just starting out your best option is to recruit 5 Serfs immediately upon earning 6,500 Bronze. With the new Path system, you will earn an abundance of Unit Medals which I would encourage you to use to get each of your Serfs to Level 7. Remember to level each Serf up keeping them all at the same level to maximize your potential. You will earn more than enough to get all Serfs to Level 7. Choose the Bottom Specialization line and get farming! Be sure to gather resources every day for your daily gathering bonus and turn in those Fief Quests. You will be swimming in the Honour in no time!