Top 10 Games To Lose Track of Time To

Is That the Sun Coming Up? 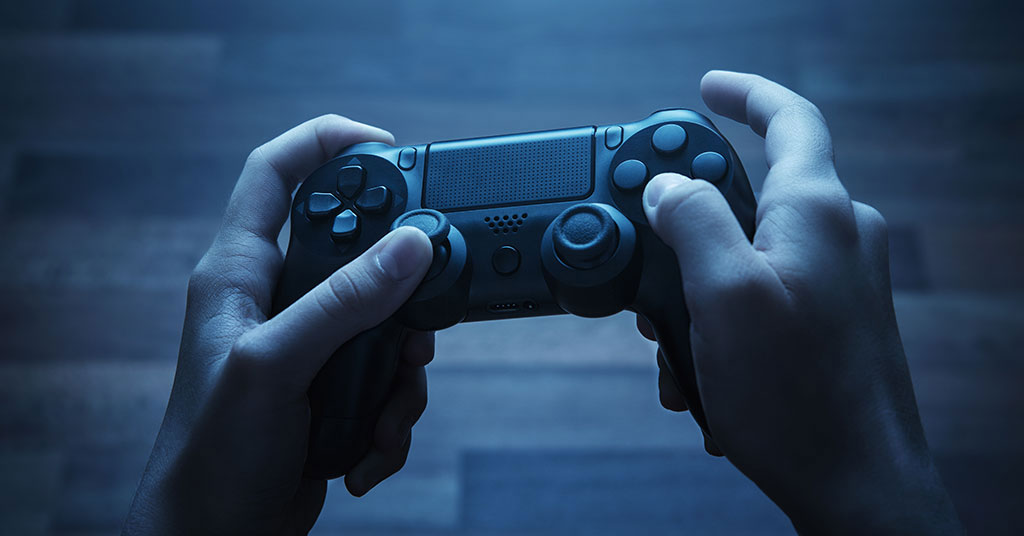 I have heard stories of many gamers that have started playing a game and get so lost in it that time just seems to disappear. I have had this happen to me a few times. I have reached a point that when I play a certain kind of game, or a “time lost” game, I have to set a stop playing alarm. Now, this is not necessarily a bad thing, it’s just a sign of a really good and immersive game. However, if you’re not careful, it can cost you in real life. Sleep is important.

Here is my top 10 list of games that I have played where time seemed to disappear. Also, the same thing seems to happen when I replay the games listed.

My number ten was a first person shooter I played on PC that was introduced to me by Benjamin Foley. I was getting ready to leave, but he wanted to show me this game. We played co-op on the first level which turned into a “one more” session.  Before we knew it the sun was rising and we had finished the game.

Most MMOs could make this list. As a mega fan of all things Star Trek, this makes the list. At launch, I did not really enjoy the game. I came back to it a year later, after Perfect World took over the game, and I found myself in the “one more level” trap. I was having fun unlocking the next tier of ships. See my Star Trek Online review in Gaiscioch Magazine: Issue 2.

8. Legend of Zelda: Ocarina of TIme

This was the first Zelda game I could play without a parent telling me to stop playing games and go to bed. As a result, in my first playthrough I got all the way to the Water Temple before I turned the game off for the first time, and that included doing all kinds of side exploration.  The visuals at the time were incredibly good.

This was my first entry into the Fallout series. I was taken by the start of the story, then I got lost in the world and would lose time just from looking around the map. The biggest time loss was being able to create settlements. I lost more time getting into the building-up of my settlements. Like Skyrim, the other cause of lost time was just trying to get back to a merchant to sell off stuff because I was always over encumbered. 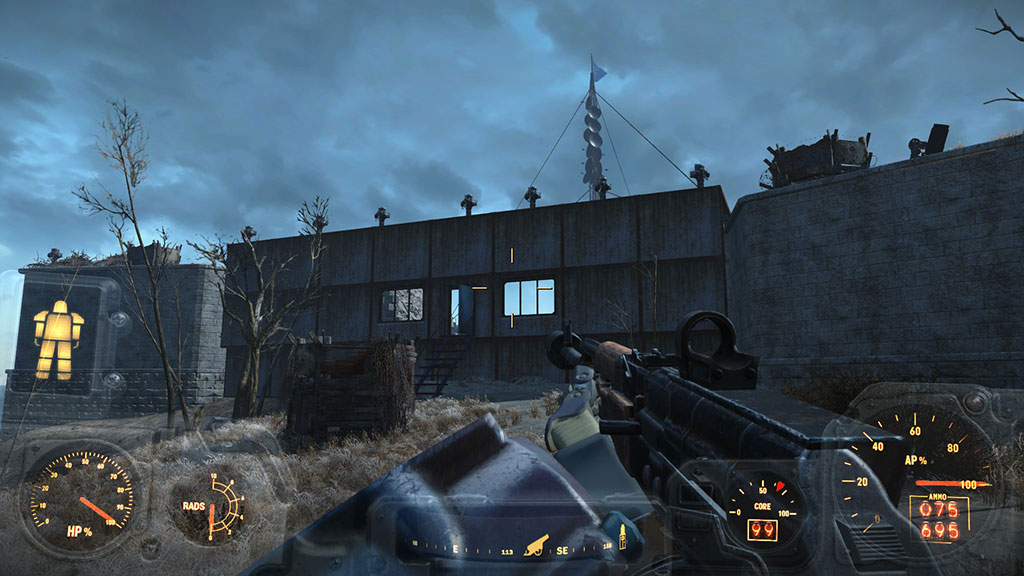 I personally enjoyed the Dragon Age series up to this point - however, with the previous games, I didn’t lose track of time like I did here. In Dragon Age Inquisition, I lost time doing everything from exploring the various zones to scouting for crafting materials to upgrading the castle. There was also running around the zones trying to find the Astrarium Puzzles - or worse - endlessly trying to kill those pesky dragons.

When I first played this game, I was hooked. Whether it was climbing one more tower to unlock the map or capturing one more outpost. Then there was the “Oh, what’s that over there?” I enjoyed the story and the dialogue from Vas and his constant explanation of insanity. I also fell into the in-game poker and would get lost playing poker over and over. I’d say my win percentage was about 50-50.

This is the game that inspired this article. I only recently started playing over the 2017 holiday season. The first night I got so immersed into the gameplay that it was nearly 4 a.m. when I stopped playing. Oops. Good thing it was a weekend when I started playing. What captured me most is the story. It’s the 31st century - how did things get this way and what is the main character’s purpose? I also lose time just exploring and looking for places that appear familiar. So far it looks like the game is set in the Colorado Rockies or drew inspiration from them. 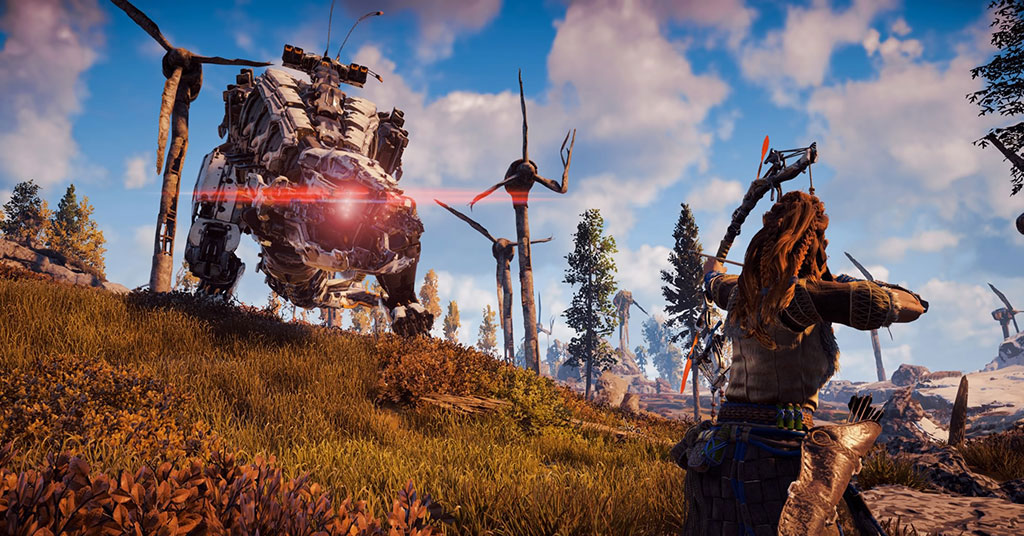 While Just Cause 3 was just as good as Just Cause 2, I chose Just Cause 2 simply because it introduced me to the Just Cause franchise. The world is so massive and has so much to do besides the storyline. It’s a giant sandbox where your job is to destabilize the government. How? Simple - Just cause chaos - and causing chaos is addicting and fun. Now, because it is so fun, you can very easily lose time in doing so. I can admit this may have happened a few times.

This is the only entry on this list that will include three games as one. This is because all three games had a massive effect on me. Sorry - harmless pun. I previously reviewed (Gaiscioch Magazine, Issue 1) playing the trilogy from start to finish. Each game had their own charm as well as great storytelling. Despite some issues with how it ended, I enjoyed the game and got so into the story that time disappeared. The other reason for listing all three games together is that when playing the games again, I always start a new character in the first game and progress them through Mass Effect 3.

Was there any doubt that this would be my #1 “time lost” game? Skyrim was my first entry into the Elder Scrolls universe. I had played RPGs before, however I had no idea what I was in for when I started Skyrim. My first play session went well into the night and on into the early morning. I fell into this cycle of, “Okay, I have a quest to do over here,” but on the way to my destination, I say “Oh, what’s that?” Then I ask myself, ”What’s that over there?” Then I wonder, “What this over here?” Then it became, “Darn it, I am over encumbered; time to go back to town. So I go to town, unload the junk, and maybe craft a new weapon. So now I’m thinking, “Okay, I crafted this new weapon; let’s go try it out then go to bed.” I test the new weapon and realize I am almost leveled - just a few more minutes and then I can level up. One hour later, I notice I have leveled, but I’m encumbered again - time to go back to town. Rinse and repeat this cycle. The other time sinks in the game are dwarven ruins. It always starts with, “Oh I’ll just check this ruin out real quick - it won’t take long.” Two hours later, I am finally back on the surface. The game was so well done that friends would stop playing MMOs only to come back and say, “Sorry, I fell into a ‘Skyrim coma’.” I didn’t think that would happen to me. 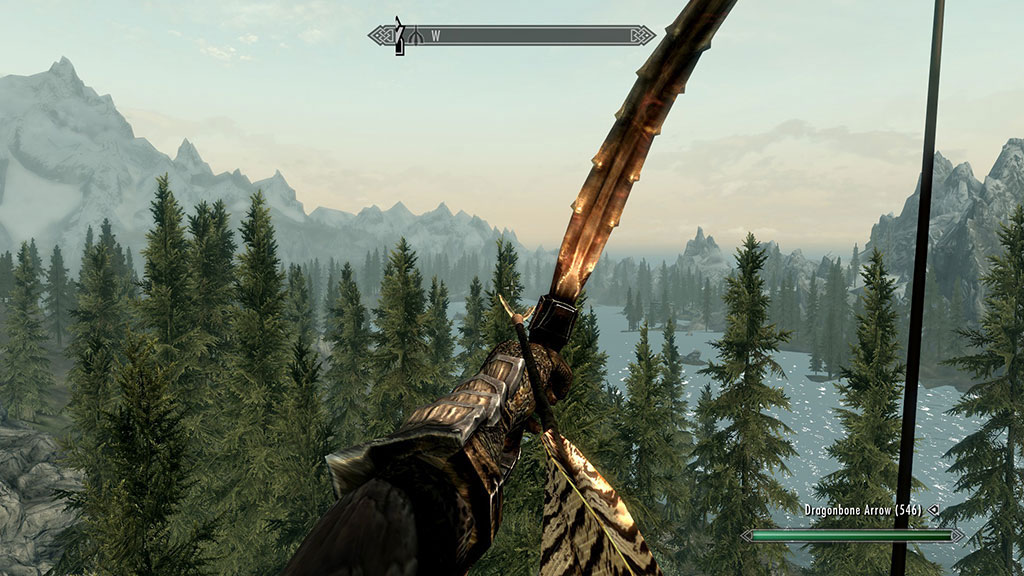 I have noticed one recurring theme among my top ten list: along with great visuals, excellent storytelling, and fun gameplay, there is one aspect that all of the games really have in common.  That is the “one more” trap. One more being whatever it is. One more ruin to go explore; one more outpost to capture; one more area to open on the map; one more quest to do; or one more item to craft. Whatever that “one more” is, it keeps you playing longer and longer. So much so that you lose track of time, then you look out the window and say, “Is that the sun coming up?”