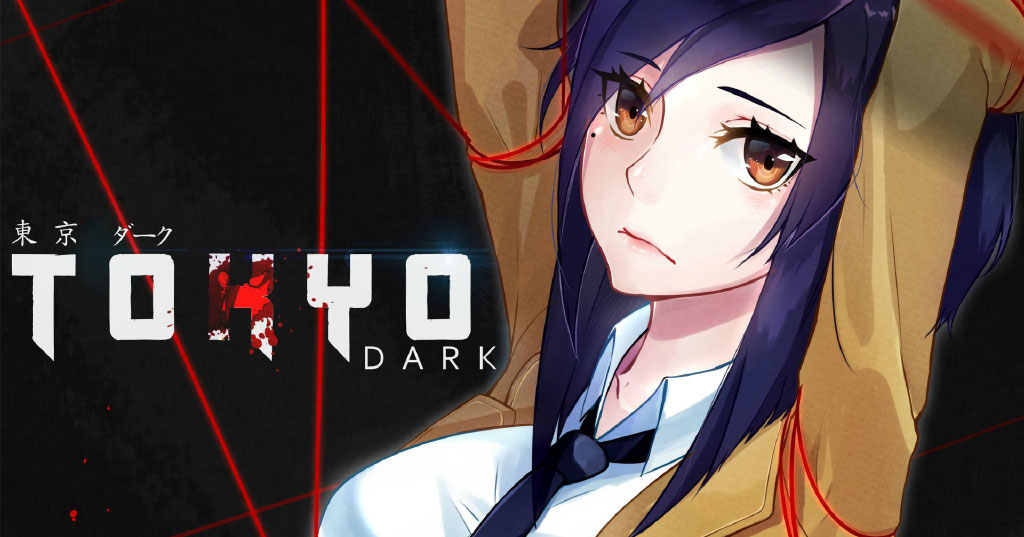 Tokyo Dark was also brought to Rezzed by the Square Enix Collective, and it presents an interesting approach to the more traditional visual novel. Tokyo Dark has already had a hugely successful kickstarter, and is a modern horror mystery that incorporates elements of visual novels, as well as point and click adventures.

Developed by Cherrymochi, an indie outfit from Tokyo, Tokyo Dark places players in the shoes of Detective Ayami Ito as she investigates the sudden disappearance of her partner. This leads our protagonist into the world of the paranormal as she uncovers the horrors that lie beneath the streets of Tokyo.

Tokyo Dark is loosely inspired by the Shinjuku station legend and draws on urban legend for further inspiration. The overall narrative in Tokyo Dark is consistent with a more eastern approach to horror. Do not expect Tokyo Dark to be full of pop out zombies or quiet, quiet, BANG moments. Do expect to be unnerved by the game.

Beyond the horror aspects of Tokyo Dark, this side scrolling mystery adds elements that elevate it beyond a mundane visual novel. Principally, Ayami Ito has a number of character stats that fluctuate depending on your decisions. Choose to play with your cat and your paranoia index will fall, for example. This makes choices feel more meaningful. If it does end up driving players towards particular actions then it could, literally, be a game changing component of Tokyo Dark. Tokyo dark also purports to have eleven different endings, providing a number of paths to solving the game’s mysteries.

When I finally got hands on with Tokyo Dark, I found a game that is slick and well-constructed. Animations are crisp and could easily have come from a much larger studio. The character dialogue was well thought out and, alongside an excellent soundtrack, managed to draw me past a relatively slow start. While the team at Cherrymochi have a game that draws inspiration from several genres it never falls into a clichés. If you want to delve deeper into Tokyo Dark, check out the official website: http://tokyodark.com/.