An RPG that dances to a different tune?

Many Role Playing Games tread a well-worn path. Heroes set out on an epic adventure filled with danger mystery and intrigue. Over the years, I thought I’d seen every variation of the novice hero take on every type of dragon. Recently, however, I found an RPG with real soul. To be more precise, I found an RPG with funk, synth, and some epic beats. At Gamescom 2016 I was lucky enough to get hands on with The Metronomicon.

The Metronomicon is an indie RPG with a very cool twist. Rather than dance to the same tune as every other RPG, it fuses rhythm games with the traditional RPG genre. Developed by a team of four, led by Danny Garfield, The Metronomicon is due to go into early access during September and I was lucky enough to get some hands on time with this title. 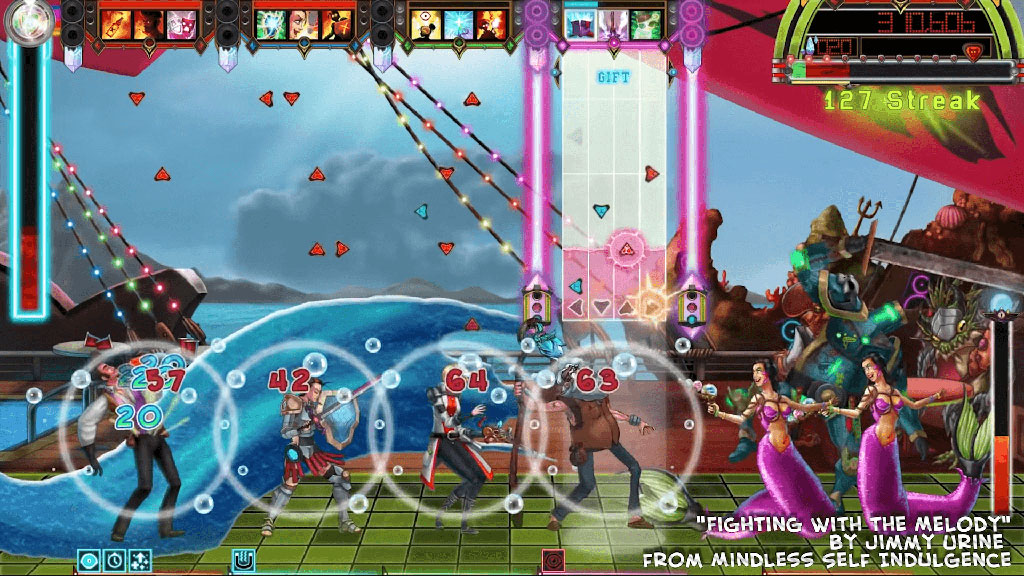 As a fully formed RPG, The Metronomicon contains a complete single player campaign that takes adventurers on an epic set of quests. Players build a party from a series of eight characters, unlocking a total of sixty-four abilities and a variety of cut scenes as they progress. Each character can also loot increasingly shiny gear to improve their stats, throughout their quest. The traditional trinity is even easy to spot, with a series of tank, damage, and support characters available to choose from the off. Seeing the familiar tropes of an RPG, I jumped straight into combat with a fairly gruesome monstrosity.

Combat is where The Metronomicon changes tempo and introduces a rather ingenious twist. While some of us are used to a little background music during battle, these warriors are accompanied by some cutting edge electronic beats and synth waves. Several well known electronic artists have contributed to the soundtrack and if you’ve heard of Johnny Urine, YACHT, or J-Punch then you will appreciate The Metronomicon’s synthetic sounds. Aside from the sheer quality of the music, and the fantastic choreography, it introduces a whole new form of rhythmic combat. 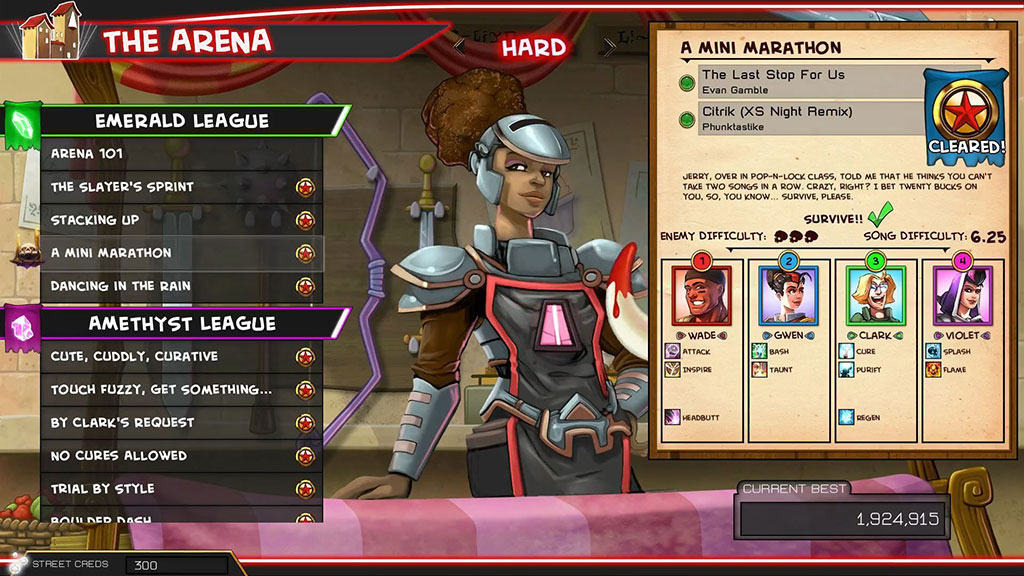 Banishing daemons of the night requires players to successfully follow the rhythm of the soundtrack. Each character is assigned their own backing track and following the choreographed prompts, allows characters to cast a variety of spells. As a song continues to progress, completing further sections channels higher tiers of ability. Anybody who has ever picked up an axe and jumped into Guitar Hero should not find The Metronomicon troubling. In fact, Danny Garfield, President at Puuba Games, recently configured a Guitar hero controller to do just that. I made do with a control pad at Gamescom and found a recognisable series of visual tracks appear above a character when they are selected. Following the up, down, left, and right prompts as they spawned was sufficient to make short work of my enemies, and should not be overly challenging for any player.

The Metronomicon’s visual style is just as bright as its soundtrack. It mixes retro stylings with an almost effervescent palette that threatens to burst out of the screen, reminding me somewhat of Freedom Planet. Disco lights and glowing lasers tear across the dance battles making a refreshing change from every other gloomy dungeon, procedurally generated to look identical to any other dank hole. It all makes for a really enjoyable experience. If you found your rhythm with games like Crypt of the Necrodancer then grab a sword, shield, and your best disco shoes when you try The Metronomicon.