The Expanse of Dual Universe 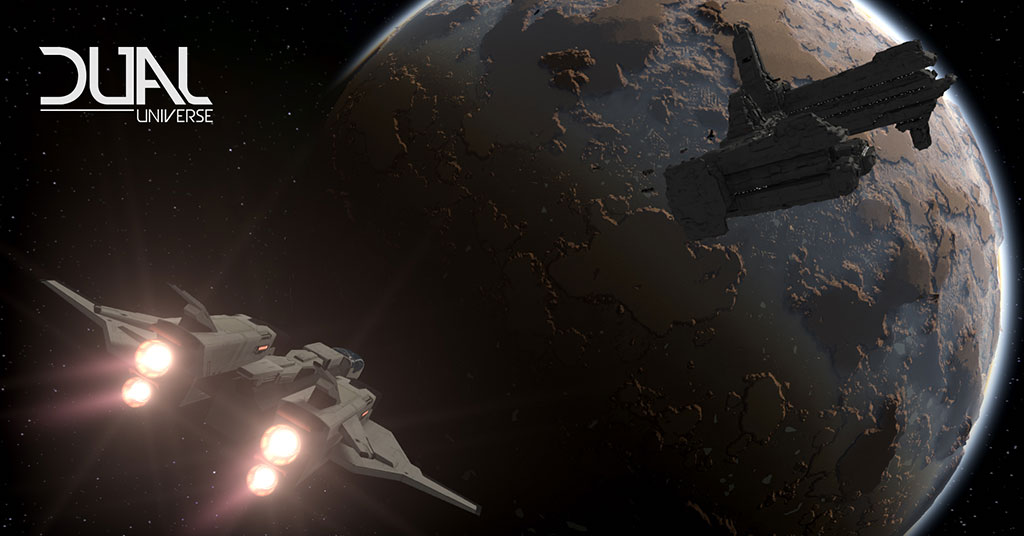 While I was at PAX West I had the pleasure of meeting JC Baillie, an expert in AI & Robotics turned game developer, who is currently building the new space exploration MMO Dual Universe. His company Novaquark began with a vision to create a procedurally generated universe that can expand to an unlimited scale.

In this single shard game, players take on the role of one of a human tasked with locating and settling a new home for humanity. They will all begin on the same planet and venture from their central base in search of places to settle, farm resources, and claim as their own.

This is a massively multiplayer space exploration and survival game, with fully customizable voxel based ships, space stations, and even completely modifiable planets.

We've seen games similar to that concept before, however the major difference I saw was the ability to build the ship the way you want. You can create small ships, large ships, fast ships, slow ships, space stations, and epic war ships. The only limit is your creativity and the number of resources available. It's like a grownup version of Legos, except bigger.

Dual Universe provides you the ease of voxel creation, with a pallet of preset pieces like thrusters, weapons, cockpits, buildings to allow quick and easy building. Each object you build is automatically saved so that you can duplicate it rapidly in the future. Building your own custom templates is a good way to speed up production.

This isn't one of those survival games where they expect you to swing a pick for 30 seconds to clear a layer of dirt. You can grow and shrink your target shape to the size you want to remove and rapidly dig or build as you see fit. It's perfect for artists akin to digital illustration and 3d modeling.

Part of crafting will be venturing across the planets to find materials needed to craft stronger ships and fortifications.

Planets, structures, ships, and space stations all serve as means of travel and commerce.  They are completely customizable by players.

Guilds in this game can claim territory and set permissions for that territory to allow members or guests access to various areas and control who can dig, build, and destroy their structures. When you settle a planet or build a space station you can setup automatic defenses to open fire on any hostile ships or players that try to enter without the correct access.

You can even build an underground base with hidden entrances. Guilds can forge alliances and declare war on other guilds. They help build the economy and can buy and sell on the open market. 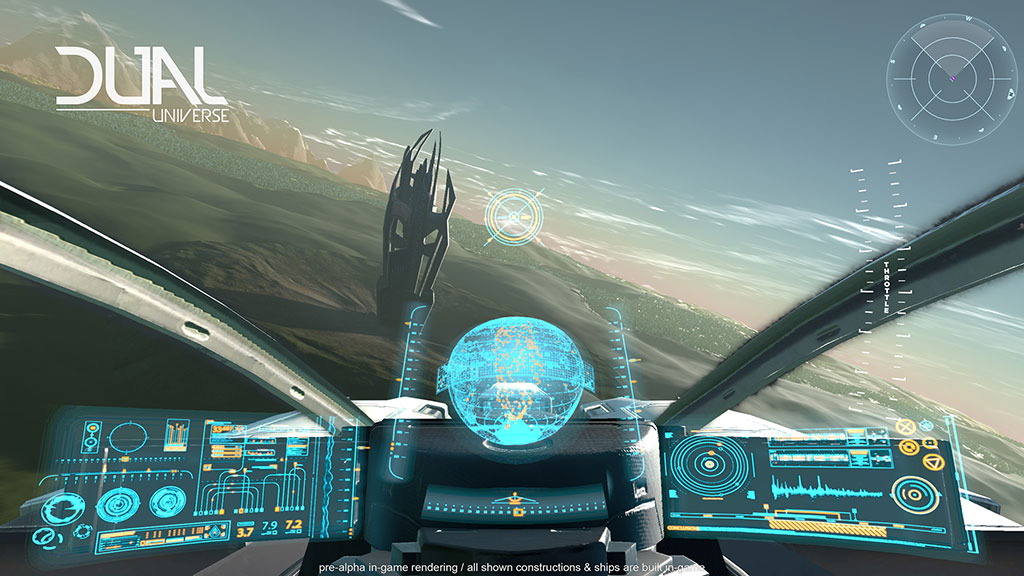 Similar to EVE, corporations can declare war on each other and work on destroying each other's ships and homesteads. These epic battles will be a test of defense building and skill.

The nice thing, however, is that if they destroy one of your ships you have a saved template of that ship and all you need is the resources to craft it once again. 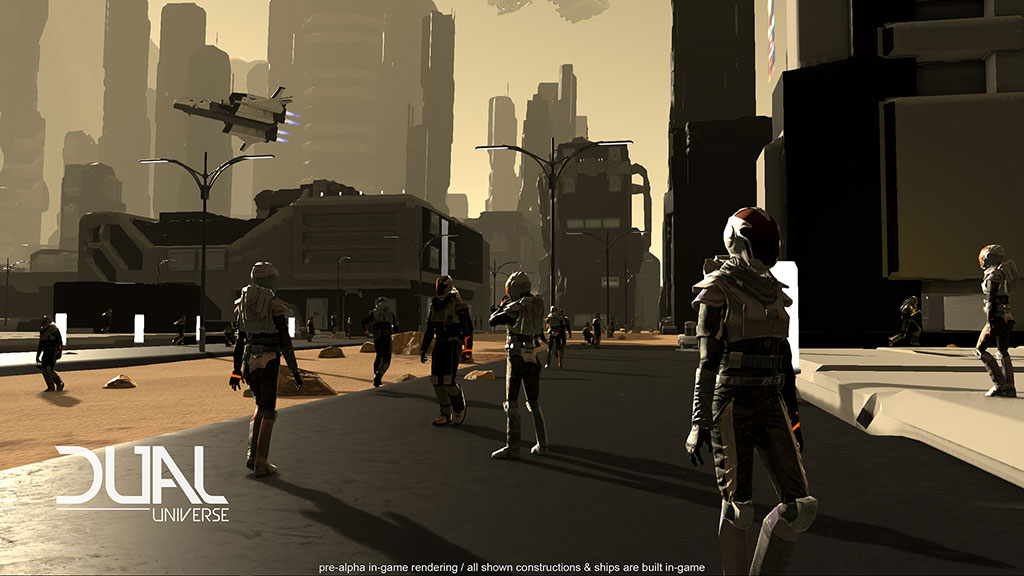 For the more advanced users they can program their own AI for ships using LUA, a common modding language made popular by World of Warcraft, Warhammer Online and RIFT. Everything from ship handling to defenses can be controlled by player made AI allowing players the ability to have absolute control over their ships.

This project is currently running a crowdfunding campaign for the final leg of it's production. You can help contribute and watch their progress by visiting http://www.dualthegame.com/kickstarter

Be sure to head over to http://www.dualthegame.com/ for more information about Dual Universe.