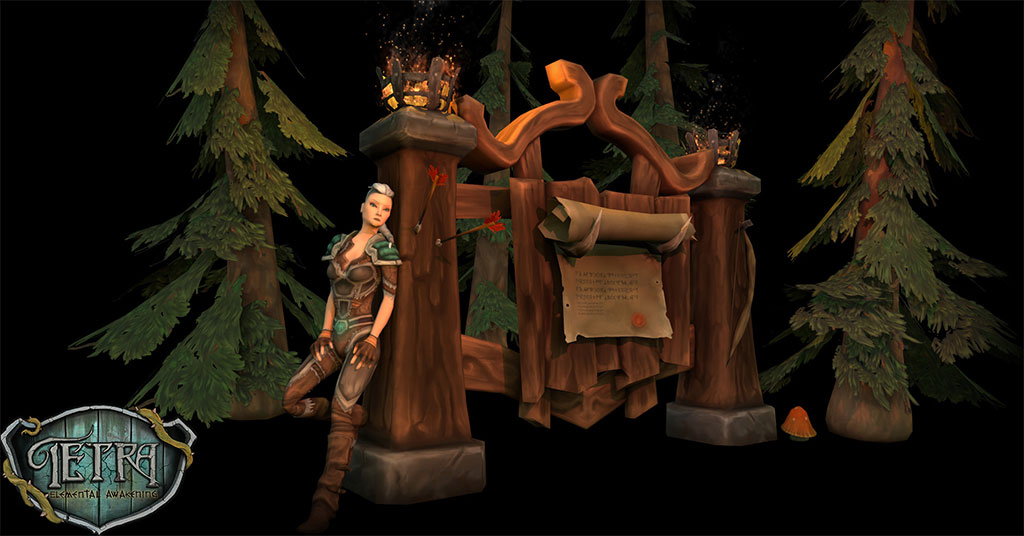 Waving goodbye to old tropes with a brand new studio

The hard part of making any video game in the modern market seems to be making it more than another derivative cut and paste scenario. New strategies, changing platforms, turn based combat, tag teams, unicorn riding space marines, franchise tie ins, changing perspectives, and a range of dazzling graphical innovations are just some of the strategies used in an effort to snatch a tiny fraction of this gargantuan market. Now, a team of students are turning this ambition into a new approach that they call Tetra, Elemental Awakening.

I spoke to Oceanspark Studios at EGX Rezzed 2017 about Tetra and got a glimpse at their vision.

The team at Oceanspark brought an early alpha build of the game to London’s EGX and demonstrated Tetra’s wave defence system. Situated in a mystical, as yet unnamed land, players control a group of four heroes in an open world. They can explore the land, taking up quests and participating in a range of wave based events. As waves of enemies pour down the highway leading into quaint village, players can switch between these heroes, taking advantage of their very distinct loadouts. Elemental themes are at the forefront of Tertra’s character design, most obviously fire and ice, and four races are already represented. While graphics and combat experience in Tetra’s first form are both rough in some areas and several features, like issue commands to your team, unimplemented, Oceanspark has an enthusiasm that cannot be extinguished.

Sitting somewhere between the concept behind Fable Legends, Dragon Age: Inquisition and Orcs must Die, Tetra is a unique and imposing proposition for a group of new developers. It’s possibly this fresh perspective and enthusiasm that piqued my interest in a game that is barely four months old. You can find out more about Tetra: Elemental Awakening at their Kickstarter page.