Stepping Into An Older Lifestyle

A Visit to the Ute Valley

There are places in this world, where life is very different from what a person experiences everyday. Not simply because one place is different than another, but because the impact of culture and attitude creates a dynamic that allows each neighborhood to take on a bit of personality, as if in response to the will of those who live there. Having traveled a fair bit, I have found my sense of that nuance expanded, as if the experience of seeing people so different and yet so similar, across so many borders, has trained me to look for it.

I have never been anywhere that prepared me for the extreme culture shock not so far from my own home. Perhaps it is the minimal distance, or maybe that I have seen a few of the people involved in these disparate cultures living not more than a 15-minute drive away. Where I suppose that some of the other experiences I have had truly rival the difference, there is no comparison. Those other experiences have national cultures very different from my own, across oceans and thousands of miles. This, however, is something where I don’t even have to cross the state border.

I should give credit where it is due. My father, through a rather convoluted chain of contact across my grandfather’s work and through to enterprises outside that, came to know certain people. It is with them that this whole experience begins. As such, I must introduce them. One of them is Karl, a hard-working man, if ever I have met one; he would probably eat dinner after most people go to bed if he was allowed. The other is Mona, his wife, and of course the reason he is not allowed! She is a wonderful woman, who not only supports him, but accepts his pursuits with a fervor and passion that has made them as much hers as his.

It is through them, and my father, that I came to experience the Ute valley. Driving a short distance out of town down a canyon road, alongside a pleasant stream, life starts quickly becoming a little bit of a different affair. There are two types of people in the Ute valley, generally speaking. Those who want nothing but to be left alone, and those who want everything to do with you… so long as you respect them in turn. The people there live with one another as community, not merely passing each other by, but actively helping each other to get by. Their can do attitude, and the spirit of cooperation that they share, is what turns this place into something virtually forgotten in the United States.

On that drive in the valley, occasionally somebody waves at you while driving. That’s probably one of the locals, or somebody who regularly visits. Anywhere else that I have been, people would look at you very oddly if you just waved at them quickly as they went by. Here, though, it is a ritual of common respect and friendship. Should a person ever become friends with them, a wave is the least to expect. They will go out of their way, to a degree that most people won’t even consider for family, to help you. Compared to the polite strangers passing by that one might find in the rest of the nation, here there is a strong connection between each and every person.

It is this connection which has kept my father visiting for years, and which has brought me to visit and even work on the lodge that Karl and Mona own. Although I say lodge, it really is more complex than that. There is lodging, but not a single large building as the word lodge might suggest. 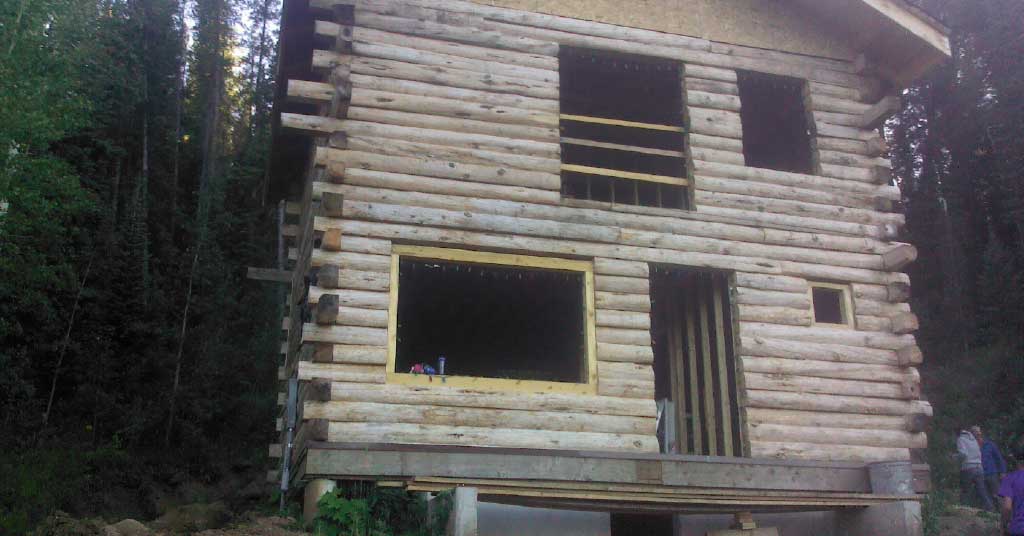 Instead, there are a handful of cabins, parking spaces for camping with RVs, tents, or trailers, and a remote yurt located far up at the top of the hill. Everywhere except the yurt has a water and sewage connection, and electricity. The yurt has some electricity, but the water supply is solely by water that is brought up the hill by the staff driving up with a large container, which is then drained into local storage.

The area is heavily wooded and visitors can easily spend time alone with nature. Whether walking around the camp areas, or traveling the local trails, berries can be found in abundance. A small lake is situated slightly up the hill, offering fishing or just a relaxing place to set up and spend a little time. Asking nicely, you may get a chance to use the wireless Internet, or even the laundry should you really need. Occasionally, if you request food for a day in advance, they will serve a meal for you… however you really need to ask during booking, as that is not a regular practice. They offer horseback rides, as well, which can be a nice day trip.

The camp area has a number of nice activities, including a play area for the children, a fire pit, and a small fountain (in construction at this time). Additionally, there is a bathhouse for taking showers and using the restroom, and on some nights an outdoor movie is shown. Should you desire to attend, having a chair you can bring would be a great idea! Given the high altitude, and the more remote location, on a clear night it is easy to see the stars and even the milkyway stretching across the sky. In addition to the horses, there are chickens, turkeys, and pigs on the land. The pigs are kept in a pen, and any waste foods you have can probably be fed to them. Just ask first! The chickens and turkeys are left to roam and eat bugs, and can be seen moving around looking for a good meal. There is also a portable sawmill, which is run on occasion, and which can be watched from a safe distance. There are a variety of places to go fishing, and the little lake on the hill saw a large grass carp of 37” caught this year.

During the winter months, Karl does work with some hunters. You would need a hunting license, and contacting early would be ideal. I believe this is limited to some food and guiding duties, but for the full details contacting him would be best.

Although my father and I work when we visit, the atmosphere and culture around this place, with its mix of past and present, makes it hard to leave. Should you visit, and look around, you will likely see our work there somewhere. It is only in such a place, where there is a very different culture which values the people and the sharing of troubles and joys, that I have ever worked on so many different projects in such a short time. From woodwork making benches and boards, to putting together a log cabin, working on the fountain, and rounding up horses, there is always something to do… and with these people who rely on each other for so much, guests will find that just about anything they need will be provided.

It really is a lifestyle from the past, from a time when you couldn’t just run to the local store to get what you needed easily. Seeing it reminded me, that our nation used to be very different. We used to know each other more than just as friends or next door neighbors. We used to rely on each other. Where there are benefits to the modern lifestyle, I believe that we as a nation could use a little more time spent knowing one another, and helping without wanting anything in return. As beautiful as the mountain scenery is, and as wonderful as all the activities are, it is that human connection, and the mutual selflessness, that makes the Ute canyon such a wonderful place to visit.

With many thanks to Karl and Mona Maser. You have a truly special place!

Should you wish to contact Ute Lodge, you may reach them via phone (970)878-4669 or email www.utelodge.com. Ute Lodge is located in the Ute Valley, which is slightly east of Meeker, Colorado.