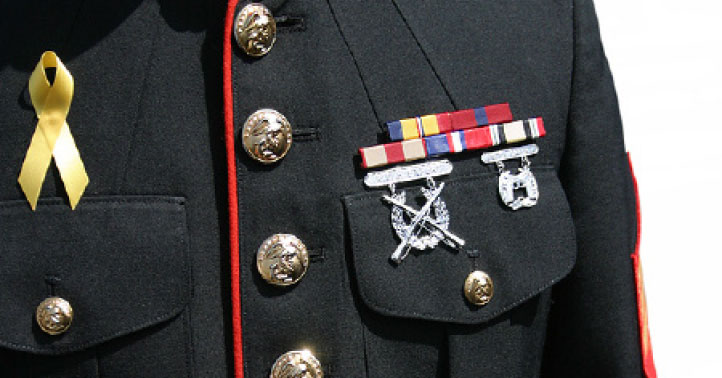 This is a true story.  The names have been changed at the request of those who lived it.

Corporal Frank Mitchell didn’t remember exactly what had happened. He was out on patrol, he felt a sudden burning in his lower back, and he fell down. He was unable to move his legs. All around him he realized there was gunfire and explosions. At first he thought he was screaming but then realized it was someone else very close to him. He heard and felt a loud bang and the screaming stopped.

Hands grabbed his wrists and ankles and he was placed on a stretcher. The gunfire was still exploding all around him. The burning in his back became much harder to bear, and he heard himself moaning with the pain. A calm voice said, “It’ll be okay Frank. We’re gonna get you someplace safe and the docs will be able to fix you up. You might even get to see the new nurse, Roberta.”

Another voice said, “Here, this’ll take the edge off.”

He felt a sharp jab in his arm and in a few minutes began to feel sleepy. The rest of the trip was a blur.  They put his stretcher on a chopper.  As the chopper lifted off he drifted off to sleep. They landed at a field hospital, all tents and muddy roads.  Frank woke up as they took him off the chopper and carried him into the nearest tent.  As he was carried in, he heard someone say, “He’s never going to walk again.  They should just send him home.  This surgery never succeeds.”

His heart sank.  The only thing he wanted in life was to play hockey.  Nothing else mattered.  And now he wasn’t even going to be able to walk.  They moved him from the stretcher to a bed and hooked up some IV’s.  A nurse barked orders as people rushed around and got him prepared to go into surgery.  He lay silent, immersed in self pity.  He was never going to skate again, he was never going to walk again.  His life was over.

After his surgery, he was placed in a ward filled with more wounded.  Some missing an arm or a leg, some with bandages on their heads.  Some could talk, some lay silent, some even joked and sang.  Frank lay in his bed and smoked.  A pretty nurse came by every so often to check on him, he never spoke a word to her. After a few weeks, he was transferred to a normal hospital and placed in the rehabilitation ward.

He learned to climb out of his bed and into a wheelchair. He learned to use the wheelchair to take him outside when it wasn’t raining, or to the TV room when it was.  He spent his days sitting and smoking, staring off into space, wishing he could just die. Whenever someone came in and tried to get him to do some exercises to get his legs working again, he refused.  “What’s the point?  The doctor already said I was never going to walk again.  I heard him myself. Just leave me alone and send me home.”

After he’d been in the ward for a little over a month, everyone was called into the TV room for an announcement.  As the chatter died down, a short, pretty Lieutenant came into the center of the room and said, “Hi.  My name is Lieutenant Deborah Lietz. My friends call me Lieutenant Debbie. I’ll be your physical therapist from now on.  I expect each and every one of you to give me a hundred and ten percent effort.  And I will give you a hundred and ten percent of my effort.  Together, we are going to get this place rockin and rollin.”

She then worked her way around the room and introduced herself to each and every patient.  Finally, she reached Frank.  “Hi there.  I hear you’re the biggest sissy in the building.  You can call me Lieutenant Lietz.”

Frank was dumbfounded.  He couldn’t find a single word to say and the Lieutenant moved on.  Every single day, when he came out of his room in his wheelchair, she announced his arrival.  “Hey everybody, there’s the biggest sissy in he building.”

Every time she passed him in the hallway, “Hi there sissy.”

Every meeting, every opportunity she had, she called him a sissy. And he started to get angry. His anger grew and grew. He complained to the head nurse who simply told him, “She outranks me, Frank, nothing I can do about it.”

Finally his anger reached it’s peak.  It was Sunday morning and he had just finished breakfast.  He turned his wheelchair to go out of the dining room and ran into the Lieutenant.  “Hi there sissy, you got some egg on your chin.  Need help washing up?”

“You gonna make me, sissy boy?”

“You’re damn right!” and Frank started to stand up.

He was so angry, he took two steps before he fell.  As he hit the floor months of sadness poured out of him.  His lost dreams, his feelings of hopelessness, his sorrow exploded with tears.  He sobbed and cried as she ran to him, sat on the floor, and cradled his head in her lap and said through tears of her own, “Well now, I guess  you’re not such a sissy after all.”

And that was the day that Frank Mitchell began to walk again.  Skating took him a few more years, and he never did become a professional hockey player.  But he did join a group of guys who played hockey three nights a week just for fun. And he taught his wife to skate too.  By then she was a Captain, Captain Deborah Mitchell.