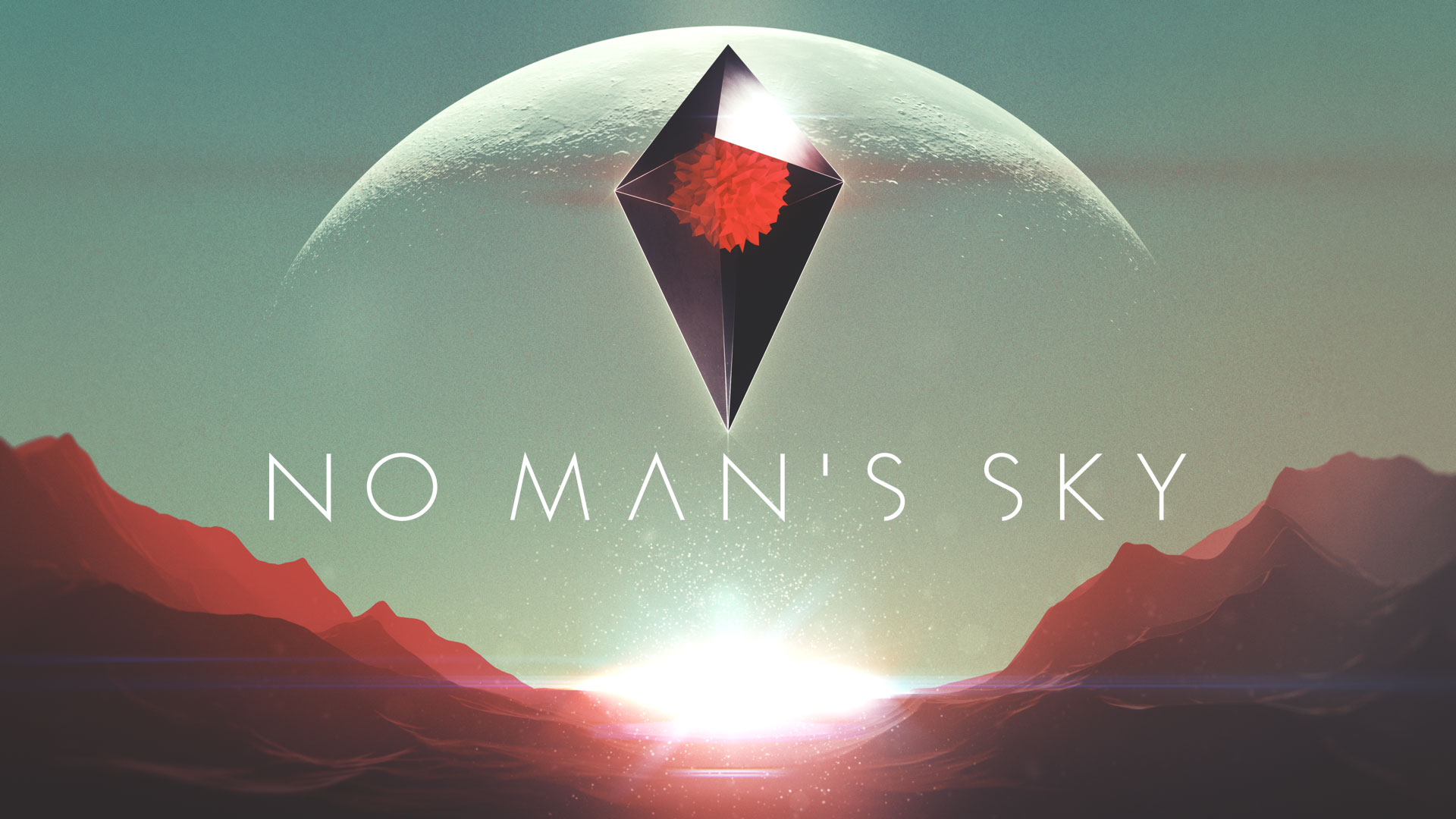 August 2016… the game has finally finished installing. You have been waiting months to dive into a huge space exploration simulation. Fascinations of exploring crashed freighters, exploring alien worlds and ships, chance encounters with strange races and stranger players have kept you daydreaming since the first press conference.

With these few words you begin your journey on an empty planet with no clear tutorial and no clear objective, other than to survive. Alone in a galaxy of eighteen quintillion procedurally-generated planets, you can't help but get a lonely vibe after a while. Throughout the near empty space you would find sparse, uncolorful NPCs with a bland color palette, that lets the world blend together like a bad monochrome painting.

This is not 2016 anymore. This isn’t that game anymore. The team at Hello Games has poured their heart into materializing the dreams and fascinations that we all shared. They have released numerous updates expanding their initial release; Foundation, Path Finder, Atlas Rises, and most recently Next.

These updates have brought base building, planetary vehicles, base sharing, a more refined story, better quests, portals, procedurally generated mission system, joint exploration, real multiplayer, expanded freighter and base building gameplay, a graphical overhaul, and more game modes. It has been quite a ride turning the ship around.

This is just the list of things that the players could see. Beneath the surface the development team has been tweaking the game engine, improving it quite a bit:

Since the release of real multiplayer in the Next update, the social dynamic of No Man's Sky has flourished. The game already had organic communities spring up around it via Reddit and other social platforms, but now with multiplayer these communities are materialized in-game - so much so that Hello Games has incorporated these communities into the official Galactic Atlas and has even released in-game items identifying with these groups. 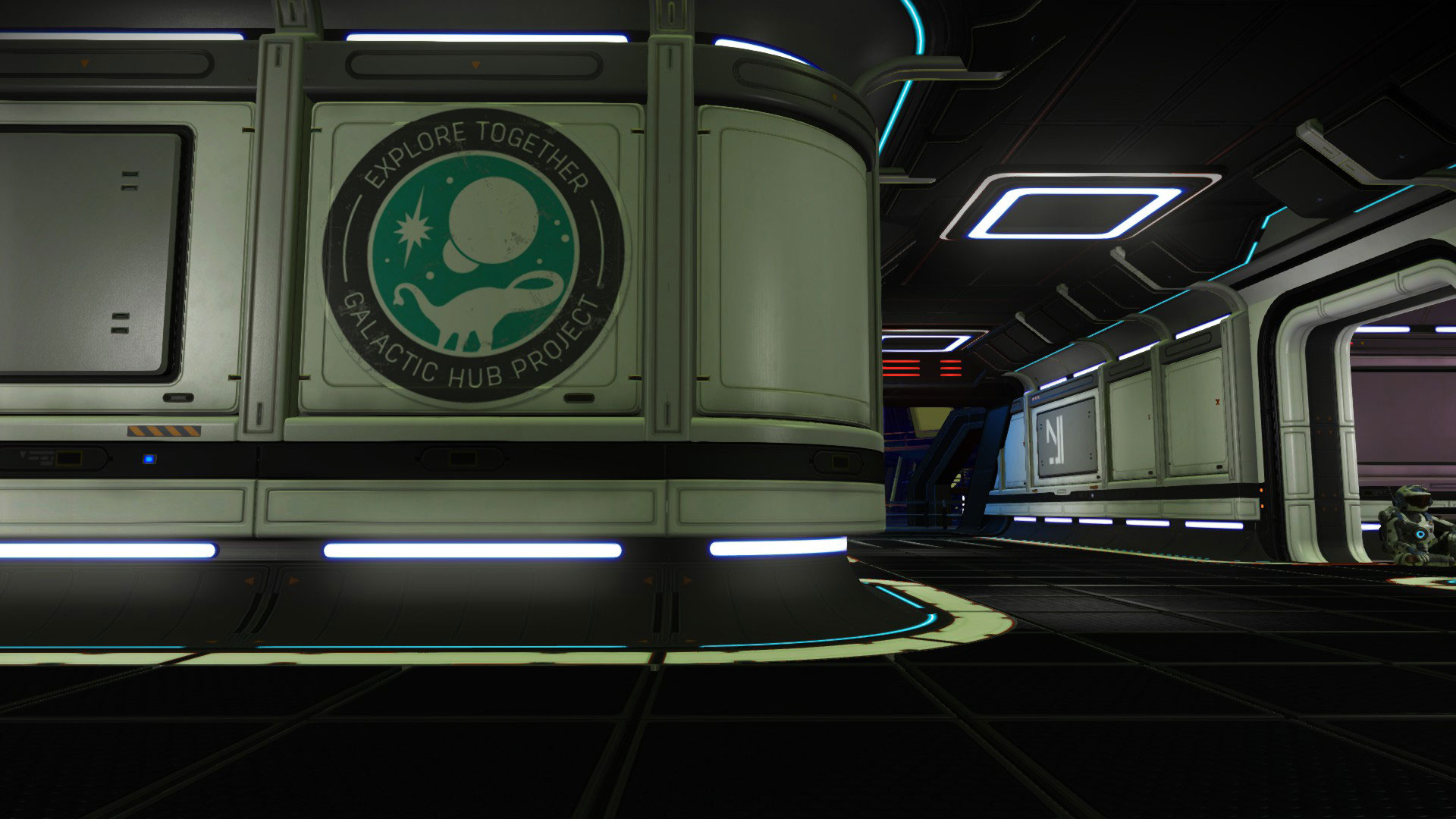 Hello Games now releases weekly community events. These events are group missions that draw players to central areas in-game, getting a chance to interact with each other without depending on outside sources. Walking through a portal and seeing greetings from China, France, the US, Portugal; every corner of the world and galaxy is truly breathtaking. The galaxy is no longer a lonely place. 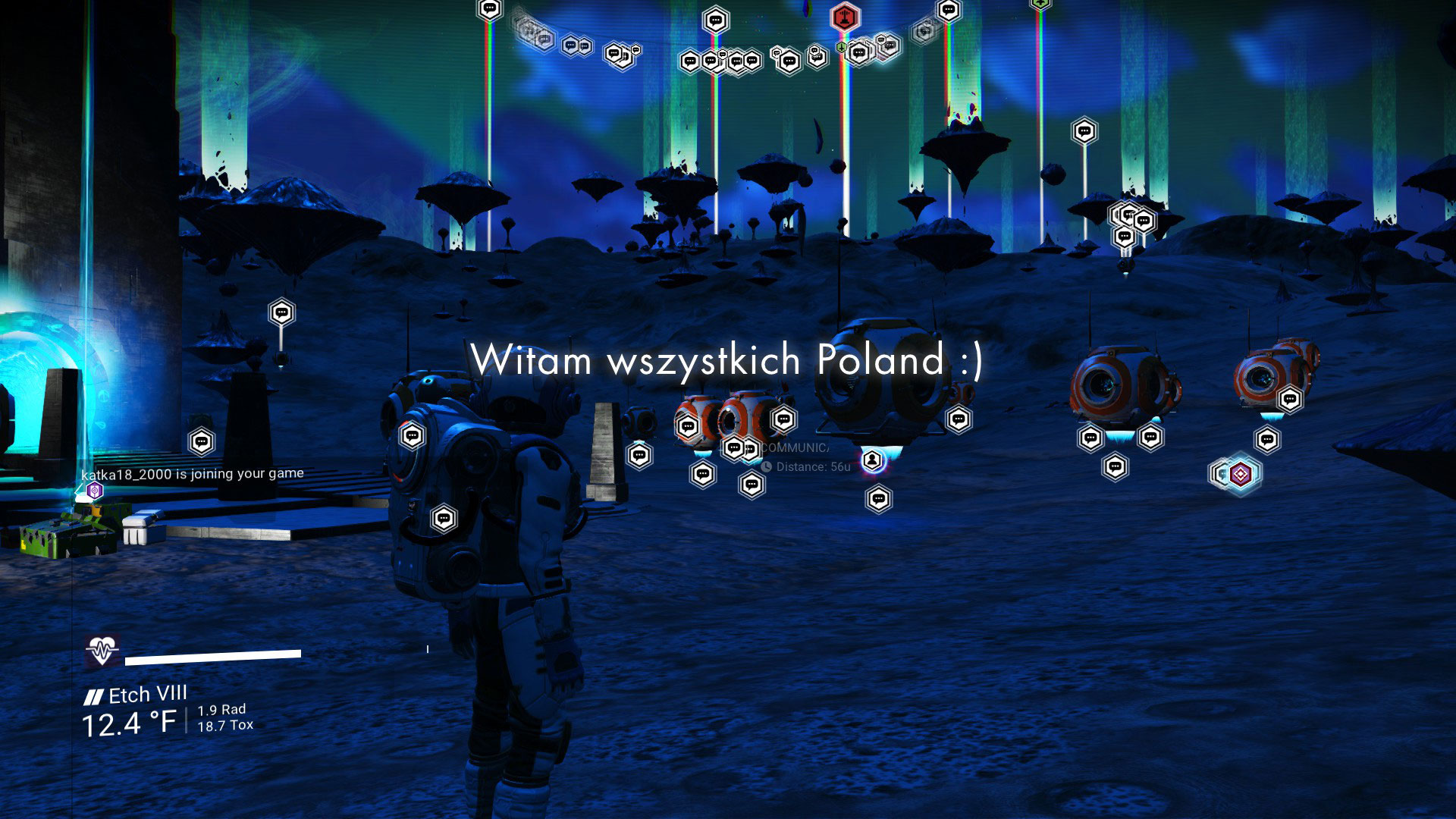 Even with all these improvements the developers are still hard at work on their game. At the time of this writing, they have just released patch 1.63, upgraded the exocraft system in game, allowing more customization, better summoning and even a new one called the Pilgrim.

No Man’s Sky has come a long way since 2016. The development team has managed to fulfill many of the promises that were made before the initial release. They’ve done more than that, they have made a better game. If you have had this on the shelf or hesitated because of the negative initial reviews it is time to give it a chance. Rediscover the magic that is here.  Then join the rest of us Interlopers in discovering the galaxy. There are eighteen quintillion planets to explore after all.

Meagh is a lifetime gamer with a great interest in all things geek. He has been gaming with the Relic Gaming Group since 2009 and became affiliated with Gaiscioch in 2014 when Relic joined the Tuatha Gaming Community. Currently he spends his gaming Conqueror's Blade Online and exploring ESO with the occasional foray into various other PC titles.

About No Man's Sky

Inspired by the adventure and imagination that we love from classic science-fiction, No Man's Sky presents you with a galaxy to explore, filled with unique planets and lifeforms, and constant danger and action. In No Man's Sky, every star is the light of a distant sun, each orbited by planets filled with life, and you can go to any of them you choose. Fly smoothly from deep space to planetary surfaces, with no loading screens, and no limits. In this infinite procedurally generated universe, you'll discover places and creatures that no other players have seen before - and perhaps never will again.