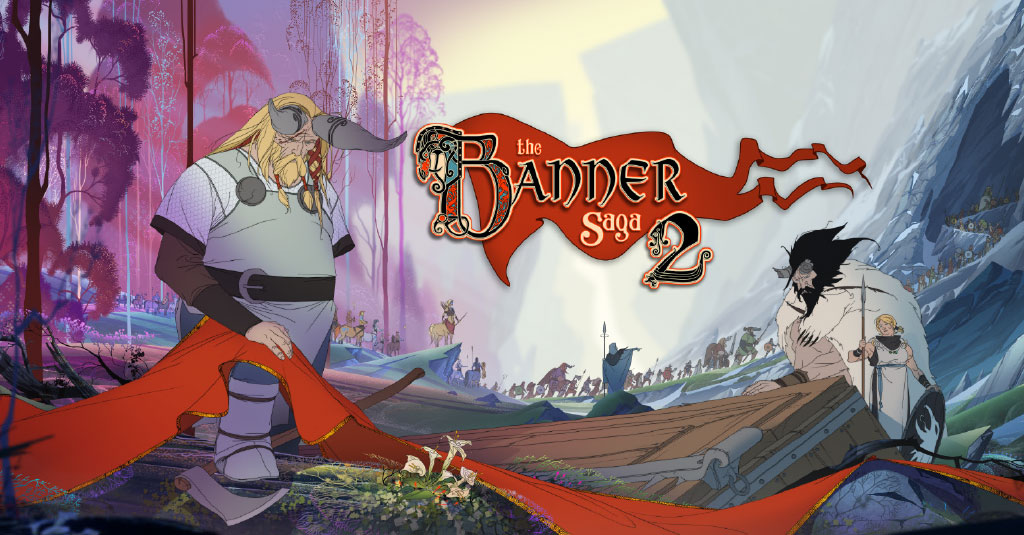 It began as a glorious morning. Commuters on the early train busily checked emails and chatted to their neighbours as the sun streamed in through the windows. I, on the other hand, just experienced one of the most brutally uncomfortable commutes I have had in memory. This is how I opened my review of Stoic’s newest title, The Banner Saga 2.

The Banner Saga 2 takes much of its direction from the original. From dialogue to decision making, as well as combat, much of the game will be familiar to veterans of the first game. It continues to possess the same distinctive visual appeal as its predecessor. Taking clear visual cues from classic Disney animations, such as Sleeping Beauty, it incorporates the same stunningly hand drawn characters, backgrounds, and animations as many of these films. The look and feel of The Banner Saga 2 almost manages to disguise the harsh realities of the world it represents. The Banner Saga 2’s score is equally beautiful and sombre. Brought together by Austin Wintory, who also created pieces for The Banner Saga, Journey, and Assassin’s Creed: Syndicate, this soundtrack meshes strings, percussion, and the engrossing vocals of Árstíðir to create an accompaniment that builds upon the fabulous score of the first game. The artistic effort in The Banner Saga 2, in my eyes, improves on the BAFTA award winning original.

Players lucky enough to have heard Austin Wintory’s original score and experienced The Banner Saga will already have survived the harsh realities of Stoic’s world, allowing them to incorporate their existing choices into this installment. Importing a saved game carries over character stats and, most importantly, the consequences of past decisions. The decision to carry over save files should create a sense of continuity and really succeeds in investing players that have managed to complete the first game. However, new entrants to the series may find stepping into the world of The Banner Saga 2 a little confusing. 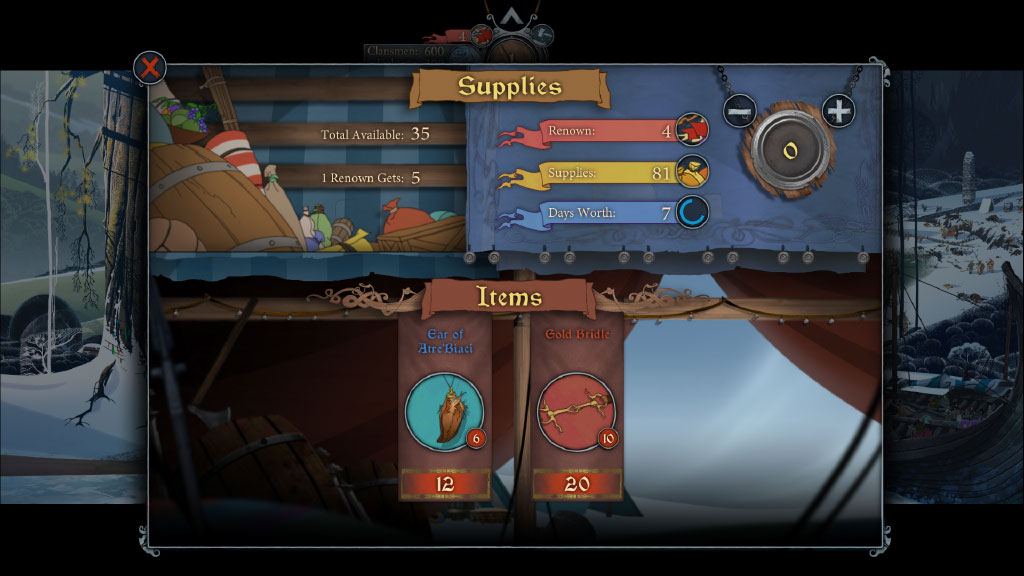 Set almost directly after the defeat of Bellower at the end of the previous installment, the story throws players right into the action. Opening scenes are not filled with the cries of triumphant heroes, however. Major characters are dead or injured, rumours run rampant that the world is breaking, and your caravan of refugees continues to flee through a world where the Dredge push further south. New entrants to the franchise may find this bothersome as Human, Varl, and Dredge are tossed together amidst the fallout of the first game, leaving new players to catch up. Factions, relationships, and lore are not explicitly explained, and the narrative makes little concession for the uninitiated.

Less experienced players will, however, find combat much clearer. The original’s turn based combat is maintained, with some added features. Players jumping into the fray will find several new additions to the battlefield. New races, units, and environmental hazards attempt to keep combat interesting. This largely works. Poets add new strategies to the established battlefield and the Horseborn, a brand new race, introduce further variety to the existing combat system.

The training tent gives players a safe space to train, test their skill, and appreciate the subtleties of Stoic’s enhanced combat system. For veterans, it also has a wealth of additional achievements and tackles one of the original game’s problems in adequately communicating the capabilities of characters during skirmishes. In fact, my only real complaint regarding this iteration of combat is that environmental hazards felt underwhelming and did not really reward strategic acumen.

Combat in The Banner Saga 2 acts as an interlude to the ongoing narrative as players trek through the wilderness, trying to keep everyone alive. Whether choosing to let a caravan starve to train fighters or take the long road round, The Banner Saga 2 forces some difficult compromises on players. This predicament epitomizes some of The Banner Saga 2’s difficulties. Choices do have a decisive impact on the narrative. Austin Wintory had to record entirely separate musical cues to reflect this diversity. However, the choices that are available can, at times, feel largely pragmatic. While the first Banner Saga presented players with decisions that were fraught with moral complexity, The Banner Saga 2 reminds players repeatedly that sometimes there are no good choices and no moral resolutions. This is especially true during Rook or Alette’s journey, and can be a difficult experience. The relentlessly grave decisions do, however, mean that when the game steps into shoes of less reputable characters, the respite feels deeply satisfying. 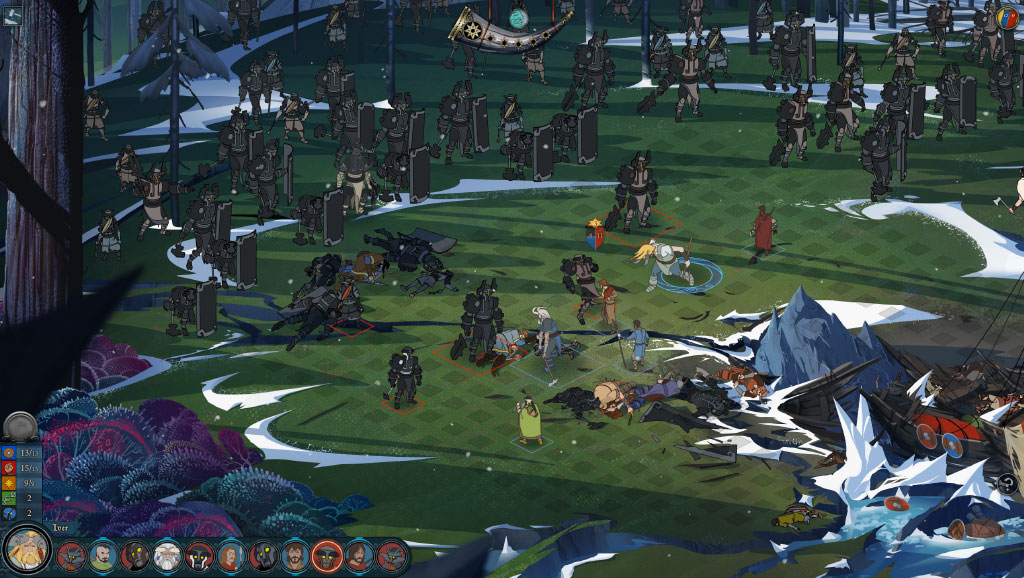 Less satisfying is the trilogy’s struggle with its middle section. The game reminded me of The Two Towers. A classic tale, it also featured a hefty amount of walking and talking throughout. The Banner Saga 2 can also feel like it tosses between the monotony of the journey and preparation for the third act. Thankfully, The Banner Saga 2 has a wealth of characters and an exceptional team of writers to draw on. The interaction between these characters is one of the highlights of the game, and Stoic has succeeded in creating dialogue that perfectly fits the characters and their world. In the end, The Banner Saga 2 kept me hooked and utterly invested in the personal outcomes of every member of my caravan. If you have not raised your banner yet, pick up the first installment of The Banner Saga and prepare for a few tough choices as you experience Stoic’s masterpiece.

The Banner Saga 2 is published by Versus Evil and is out on PC in all major outlets. 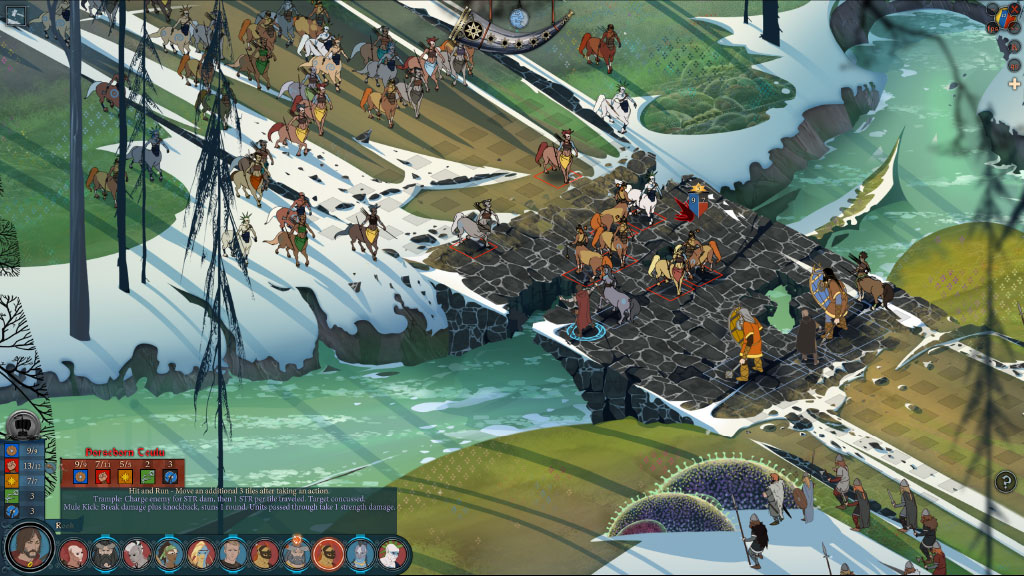