A Return to Mordor in Shadows of War 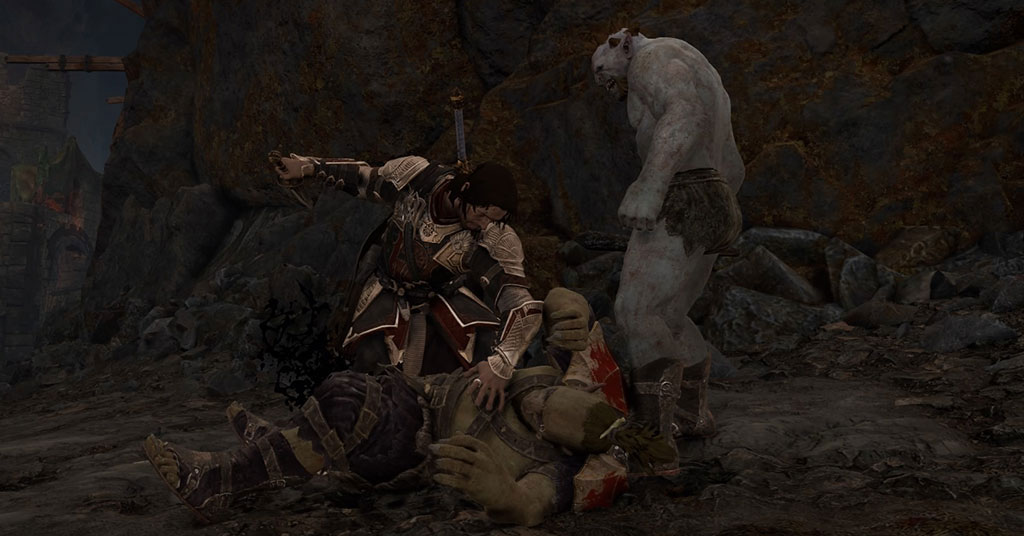 In Issue 3 of Gaiscioch Magazine, I reviewed Shadow of Mordor.  The first game was very well done, and I enjoyed many hours of slaying orcs and uruks. When I read that Monolith Productions was putting out a sequel to Shadows of Mordor, I wasn’t sure if they could improve the previous game. Monolith Productions sure surprised me because Shadow of War was an incredible improvement.

Shadows of War begins with Talion still infused with the ghost Celebrimbor, forging a new Ring of Power in the Fires of Mt. Doom. As the ring is finished, Celebrimbor is taken and held by Shelob. To free Celebrimbor, Talion hands over the Ring of Power to Shelob. From here is where your story begins, taking you to Minas Ithil to find a Palantír. 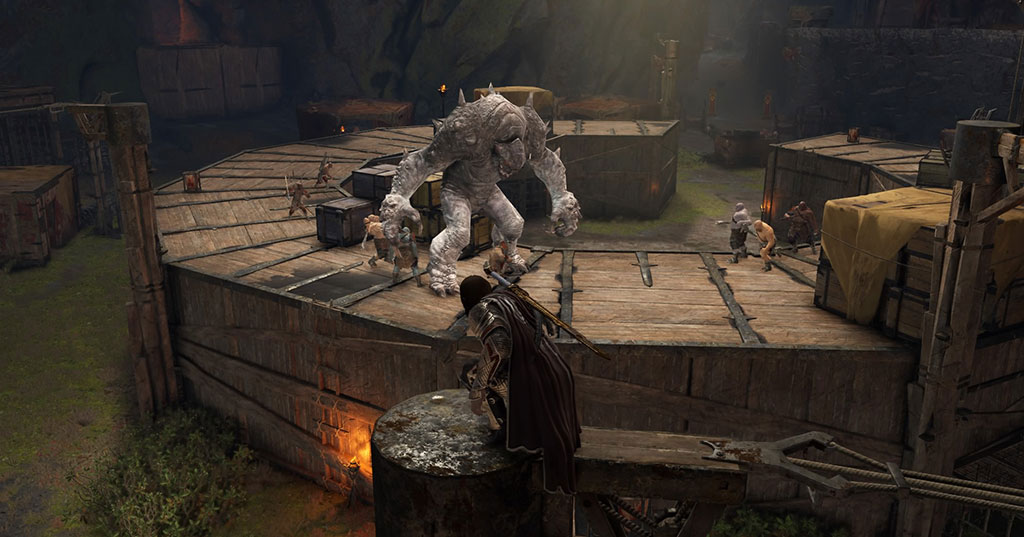 The gameplay was an improved version of the same gameplay in Shadow of Mordor. The combat in the first game was pretty smooth and fairly easy to get used to. The sequel improved the combat. I didn't think it was possible but Monolith found a way. The actual fighting was a lot smoother and new combinations of skills were added. With the addition of new skills, new challenges arose from the enemies you faced. The lower rank troops were pretty easy to fight against, even when facing 4-1 odds. I could handle up to 6 enemies at a time. However if one of the grunt level troops manages to kill you, you’ve just created a veteran. This is the nemesis system that Monolith introduced in Shadow of Mordor.

The nemesis system creates an NPC that essentially levels up each time they kill you.  This system in the first game added a great and fun challenge. In the sequel, the system improved, as well. So you’ve been killed by this grunt, he’s now a veteran. From here you have a choice after respawn, to take revenge or continue on your quest.

A new mechanic that was added for Shadow of War was sieging an entire zone. Before you can take over the main keep in the zone, you need an army. To build an army, you need troop leaders. In Shadow of Mordor, you could temporarily take over enemy veterans, and get them to fight with you for a short time. This time you can control and recruit the Veterans to join your army. Once in your army, you can send them off to fight other veterans, weakening the fortress. Now that you’ve built this army, it’s time to siege. But wait... one of your troop leaders decides to betray you and you have to fight him off. Sometimes you get a chance to forgive them and let them back in your army, but I never took advantage of that. Betray me and you die. Now that you have successfully sieged the fortress and killed its leader, it’s time to move on to the next fortress and repeat this process. One thing to watch out for is the enemy can retake zones you have conquered. 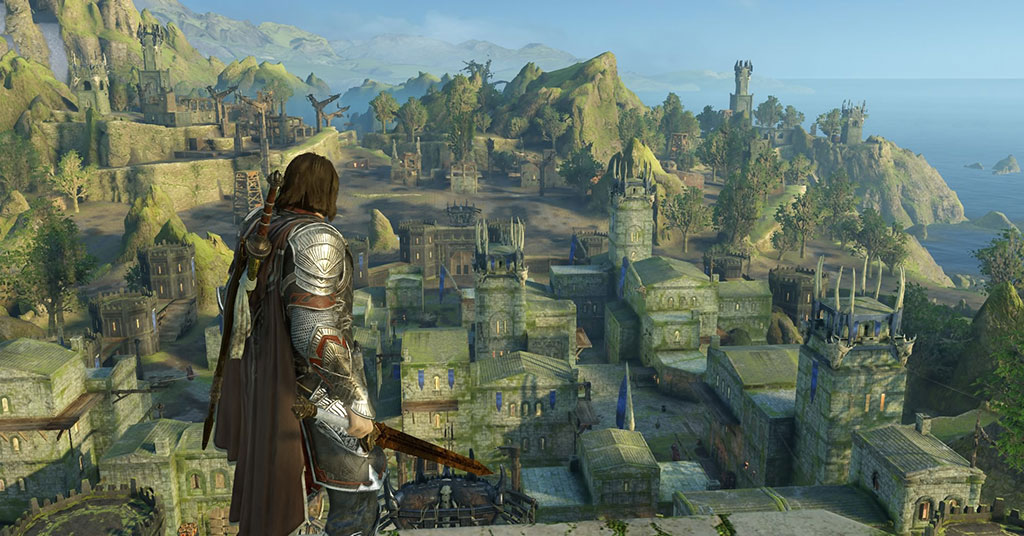 Each zone acts like a small sandbox. You can complete story related missions, side missions, and collection items, or you can just run around and kill veterans. From the veterans you can get better gear and weapons, as well as augments for your weapons and armor. There is also the loot crate option from the cash shop but it is not needed. The dropped gear I have found as been pretty good. No need for the loot crates. There are two types of loot crates, the ones bought with real money and crates you can buy with in-game currency.

As I continue to play and explore the story, landscapes and battles, I find that I am really enjoying the game. As a fan of the Tolkien stories, I really did not mind this little side story and adventure. I mean, who doesn’t love the idea of leaping off a tower and stabbing an Orc? 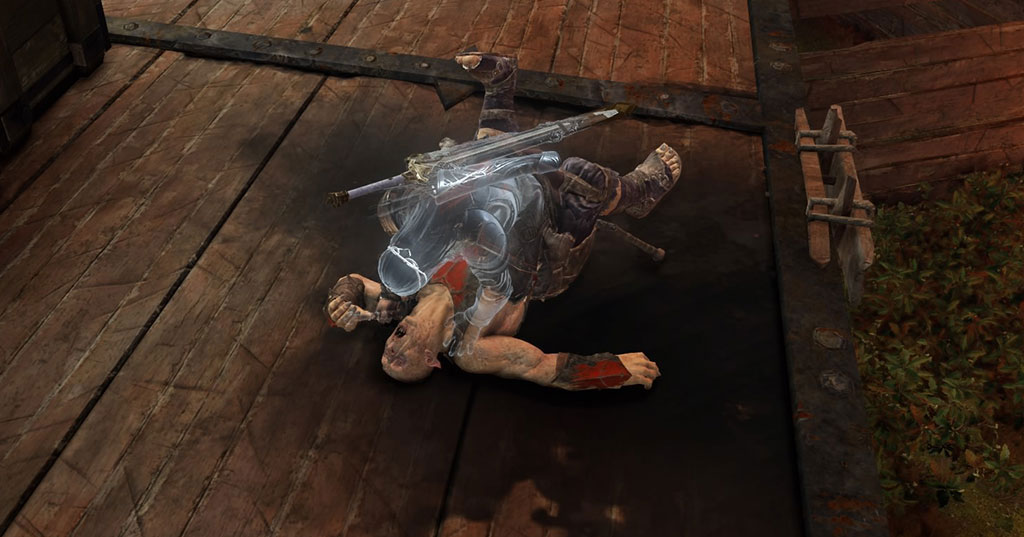 About Shadows of War

Go behind enemy lines to forge your army, conquer Fortresses and dominate Mordor from within. Experience how the award-winning Nemesis System creates unique personal stories with every enemy and follower, and confront the full power of the Dark Lord Sauron and his Ringwraiths in this epic new story of Middle-earth.

In Middle-earth™: Shadow of War™, nothing will be forgotten.