Reimagining The History of Morrowind With Wynne McLaughlin 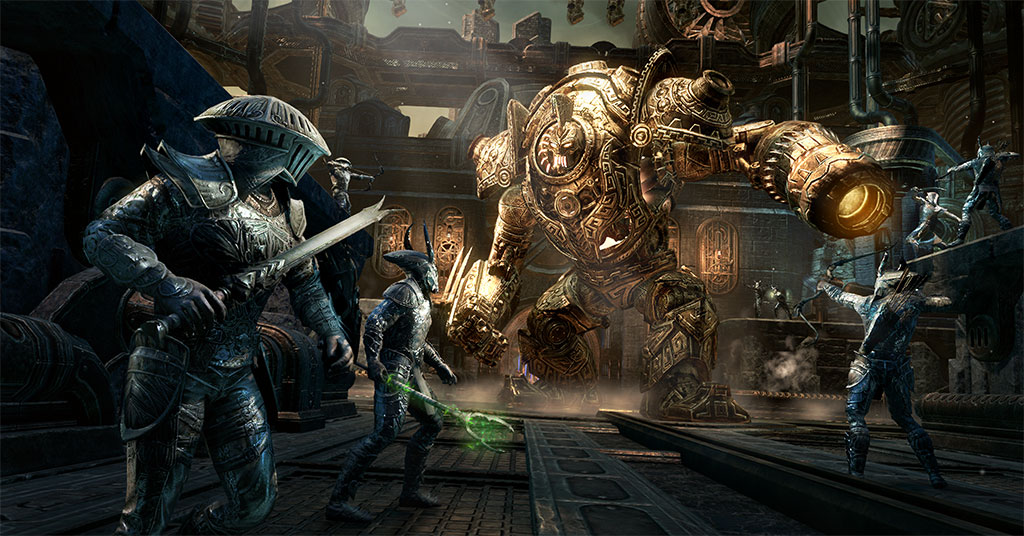 Greetings, and thanks for taking the time to speak with us about the lore behind Morrowind. Before we dive in can you please introduce yourself and share with us a little about your role at ZeniMax Online Studios?

Hello! My name is Wynne McLaughlin, and I’m the Lead Writer for The Elder Scrolls Online. Although I wrote the main quest of the base game (the story of the Five Companions), my job primarily consists of leading and managing a team of writers and ensuring the quality of the writing and storytelling within the game. That means I review and provide feedback on virtually all of our content. I maintain our writing standards and style guides, ensure fictional consistency, and make sure we meet our deadlines. I also work directly with our Audio and Localization teams to support voiceover and translation efforts.

Can you walk us through a typical day as a lore writer? What type of things do you work on from day to day?

“Lore writing” is actually just a small part of our job. The members of my team are Writer-Designers. We are responsible for everything in the game that is created using the 26 letters of the alphabet. That means story, dialog, journal entries, lore books, design documents, hireling emails, tutorials, tooltips, item descriptions, skill descriptions, even the names of monster abilities that might show up in a death recap. Everything! So a typical day is almost never “typical.” We jump from task to task throughout the day, and the week.

As the team leader, a large part of my job is reviewing the content written by the rest of the team, critiquing it and helping them to make it the highest quality possible. We meet several times a week to discuss our current work and brainstorm ideas. We also depend greatly upon our “Loremaster” Lawrence Schick, our resident expert on the vast amount of lore created in the 23 years since the first game of the series, “The Elder Scrolls: Arena,” was released, in 1994. Bethesda and ZeniMax are very protective of The Elder Scrolls property, so consistency and accuracy are vital!

Did you play the original Elder Scrolls III: Morrowind and if so what are some of the familiar places we'll be able to explore? Were you at all nervous when you heard you get to breathe life into one of the Elder Scrolls series most loved titles?

Morrowind was the very first Elder Scrolls game that I ever played, and I have very fond memories of it! And yes, we were acutely aware of how much Morrowind fans loved that corner of our world, so it was very important to us to remain true to the spirit, lore, and visual splendor of the original. But we also had to take into account that ESO: Morrowind is set some 700 years before the original Morrowind. Things had to be familiar, yet different. If you played the original game, you'll recognize Vivec City, Sadrith Mora, the Great Houses, Silt Striders, and much more, but there will also be many differences. 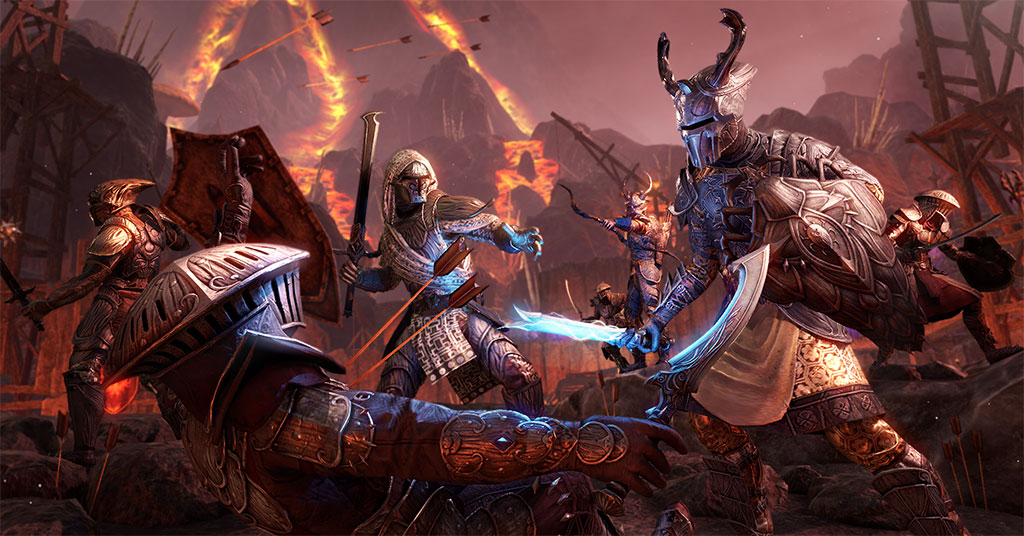 The Elder Scrolls Online timeline happens long before the time of Elder Scrolls III: Morrowind, can you give us some details on what the current climate is like on the island?

There are many key differences between the Vvardenfell of our era and the Vvardenfell of the original game. The Corpus Blight and the ash storms from Red Mountain don’t exist yet, nor does the Ghost Fence or Ghost Gate. The wizard tower of Tel Vos has not yet been “grown,” but many other wizard towers do exist. The Redoran towns of Maar Gan and Ald’ruhn aren’t built yet, and the Ald’ruhn site is still an Ashlander camp. And with the exception of the port of Seyda Neen, there are no Imperial towns, forts, or buildings.

Who are some of the key players that adventurers will likely run across in their travels?

Lord Vivec, one of the three mortal gods of the Tribunal can be found in his palace in Vivec City, where players will also meet his high priest Archcanon Tarvus. They may also cross paths with Seryn and her brother Chodala, two of the mysterious Ashlanders who live in the shadow of Red Mountain, or the female Argonian Sun-in-Shadows, a slave with aspirations to become something greater. They might even run into a few recurring popular characters from the ESO base game and earlier DLC releases, including the ego-centric adventurer Narsis Dren, and the explorer Lady Clarisse Laurent and her long-suffering manservant Stibbons.

I understand that players will be able to work with a legendary assassin in their travels. Can you tell us a little about this mysterious assassin?

The mysterious and deadly Morag Tong assassin Naryu Virian has been an ESO fan favorite since she first appeared in Narsis and other locations in Deshaan and Eastmarch. Last year she turned up on the Gold Coast as part of the Dark Brotherhood DLC. As a Dark Elf, it was only logical that she make an appearance in ESO: Morrowind, as Vvardenfell is the ancestral home of the Dunmer. She’s featured in a multi-quest storyline filled with all manner of intrigue and mystery. 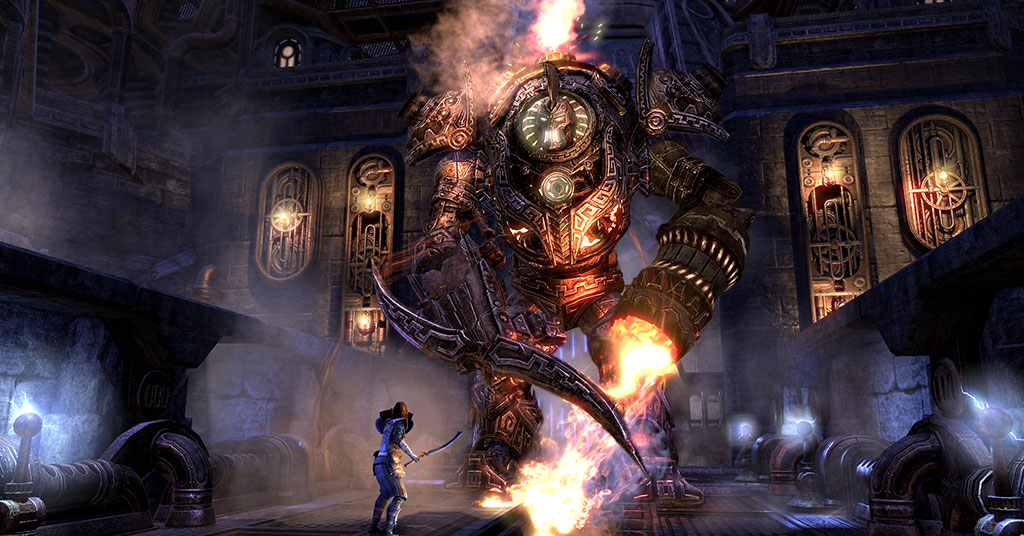 One of the most memorable locations in Vvardenfell was Vivec. I imagine that it might be a little different 700 years in the past. Is it still a vibrant market all these years prior?

In our time period, Vivec City is still under construction, and its southern portion features a ramshackle temporary village for the many workers assigned to the project. Much of the northern half of the city is completed, including the cantons of Hlaalu, Arena, Telvanni, and the Foreign Quarter.

So we have threats from the sky in the form of a meteor hurtling towards Morrowind, I understand there are also threats from below as well. What forces will players encounter in their quest to save Morrowind?

The great “moonlet” of Baar Dau remains suspended above Vivec’s palace, though in recent days there have been increasingly powerful tremors from the moonlet and from Red Mountain, the volcano at Vvardenfell’s heart. There have also been strange tales of the Daedric Prince Azura possessing and speaking through the body of a young Dunmer woman, making obscure and cryptic prophecies. Vivec has not been seen in public for some time, and there are rumors that the demi-god is not well. Perhaps an Outlander like yourself can investigate these strange events to see what might be causing them, but tell you any more would spoil the mystery! 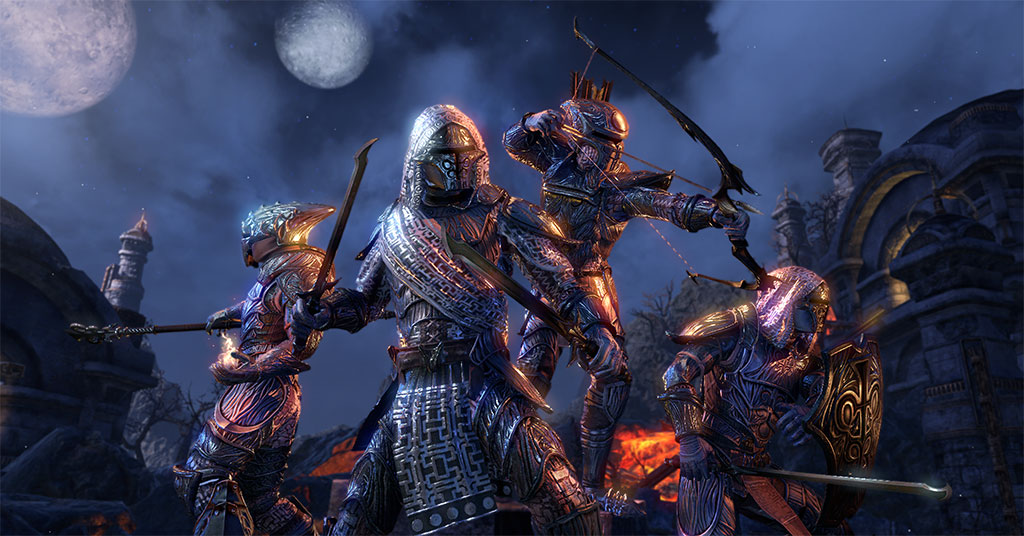 Are there any special places off the beaten path that you feel players should seek out for lore reasons?

The island is dotted with ancient Ancestral Tombs, some of which are sealed, others of which are open to exploration. There are also six delves and two public dungeons with some of the most beautiful and unearthly underground vistas in all of Tamriel. And of course, you’ll find new, readable lore books throughout the area as well as hidden Skyshards.

Any closing comments or words of wisdom for the young adventurers out there?

With the release of Morrowind we’ve introduced a new set of Crafting Hireling messages, so I will close with some advice from Zukki-dar, a curmudgeonly Khajiit who recently began offering his services:

“In all his travels, Zukki-dar has learned many wise things. But the wisest of all is this: ‘Often the best thing to do is nothing, and nothing is always a clever thing to say.’ The young do not understand this. Zukki doesn't know why he keeps making mistakes if these kittens refuse to learn from them!” 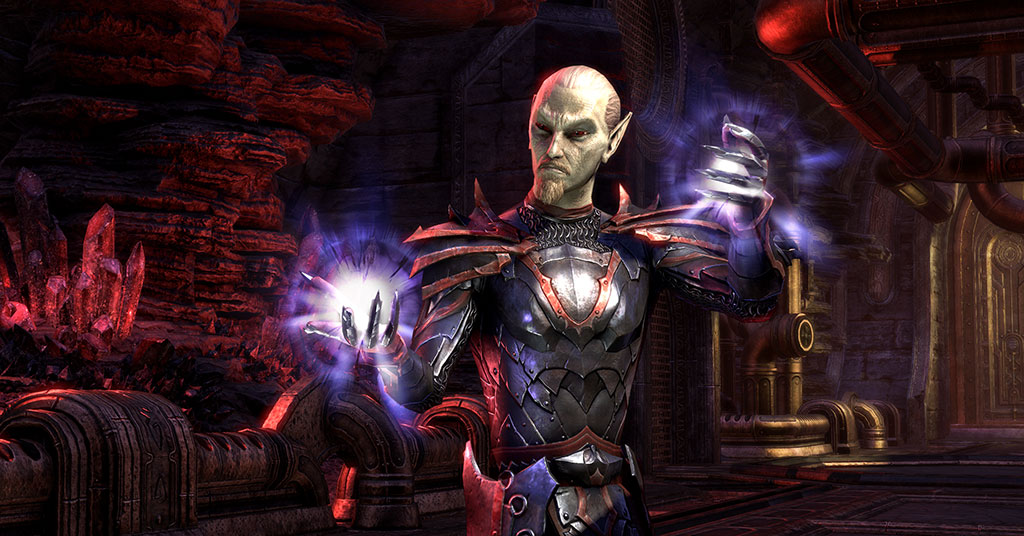