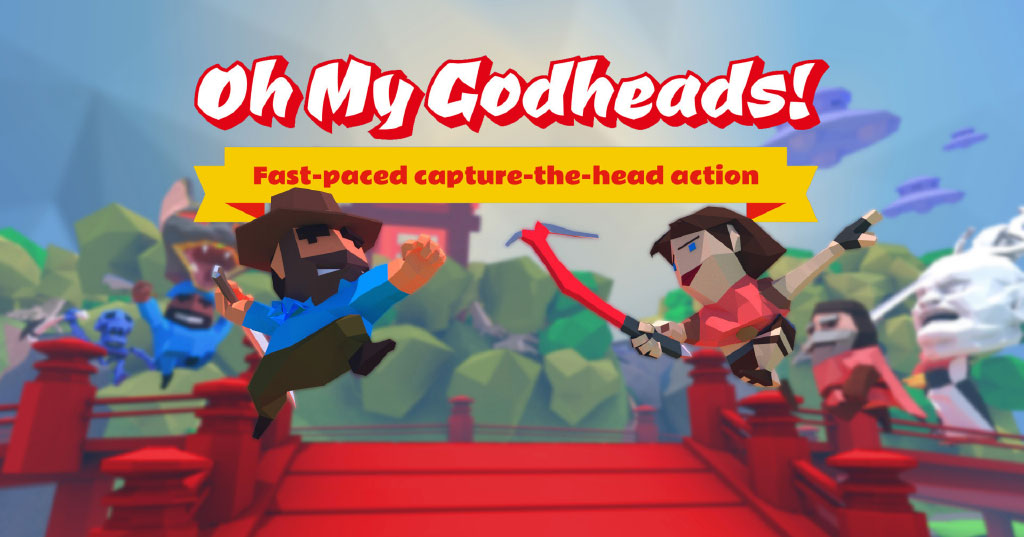 Going head to head with the rest of the games on show was an array of games brought to Rezzed by the Square Enix Collective. Oh My Godheads was one of these, and is an utterly eccentric game of capture the flag with a mind blowing twist. Developed by a small Spanish team called Titutitech and already greenlit on Steam, Oh My Godheads challenges up to four players to capture the head.

Following a fairly traditional premise, Oh My Godheads, initially, sounds uncomplicated. Players enter an arena, capture an objective, return it to base, and score points. The outlandish element is apparent immediately when you realize you need to capture a giant floating head. Borrowing a number of cultural references, these heads represent archaic deities from across the globe. For example, what appears to be an angry Inca sun god is rooted firmly in front the steps of an Inca temple.

Far from a history lesson, Oh My godhead has its tongue firmly in its disembodied cheek. The Inca map that I saw was full of angular polygons, oversized props, and bright colours that reflect the designer’s intent. Tiny men, women, and penguins scurry across the map hacking each other to pieces all the while trying not to lose their head.God heads are one of the stand out elements of this title. Once collected they have a tendency to exhibit distinct behavioural properties. These could be good, bad, or they could simply explode. The unique behaviour of these heads adds to the charm surrounding Oh My Godheads which should maintain plenty of variety even within maps.Oh My Godheads is a local co-operative for up to four players, and while it is some way from completion yet, exploding pies, fully rendered beards, attack penguins, and giant exploding heads are simply too fun to pass up. 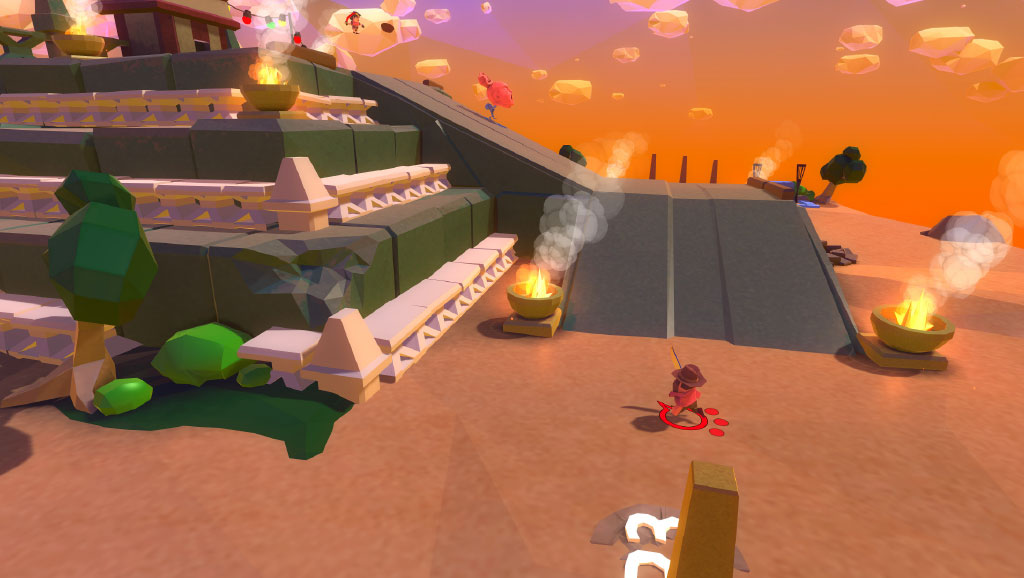