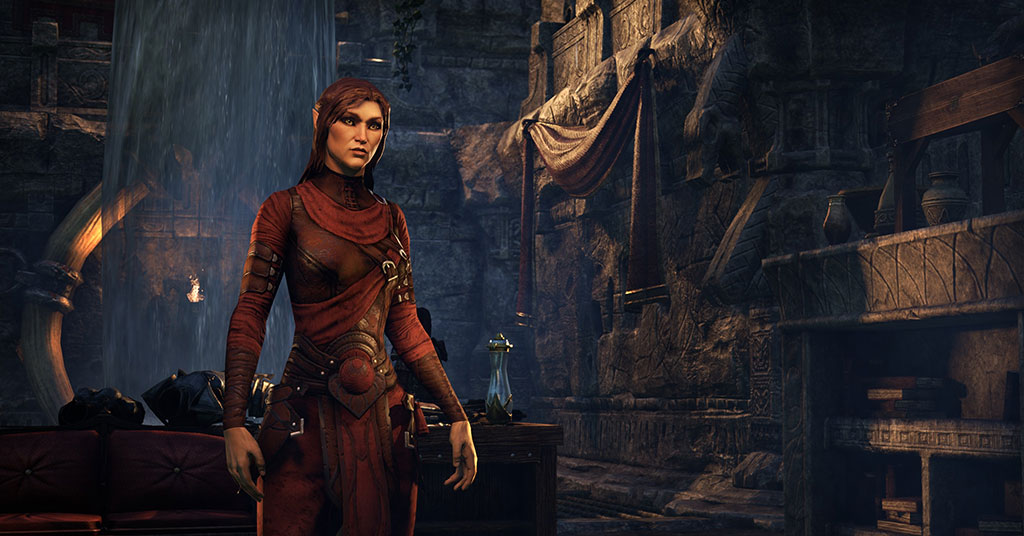 When exploring the world of Tamriel, there are some items that are unique and noteworthy. They are prime examples of the culture of each given area, or maybe something that has such great value as to be considered priceless. They may be historical. They may be embarrassing. Whatever they are, they are iconic!

These items may not be easy to sell, but there is plenty of interest in them in the Thieves Den. Any self respecting thief knows that having iconic treasures is good for the old security deposit business! So why not make the guild some cash and gain yourself some notoriety?

To that end, here is a nice list of where to find everything organized alphabetically by zone with the exception of Hew’s Bane being at the end. This is to streamline your travels as this last stop is where you will want to visit the Den again. Bring along some invisibility potions because they will help a ton. Alternatively, work with some leniency edicts to make this a snap.

Alik’r Desert: Divad Hunding’s bowl is sitting in the Sister of the Sands Inn. It is on the front counter. Getting this bowl without using invisibility is tricky, but it can be done. Still, if you don’t want to wait a fairly decent amount of time, just use invisibility to loot it.

Auridon: All the way back in the palace at the rear, on the bottom level and to the right from the main hall, you will find this censer on a dresser. If you hide on the right hand side of the dresser, you can nab it without being seen.

Bangkorai: Go upstairs in the inn. When you stand in front of the fireplace, look left. There is a room with the lovely paper weights inside. Taking them should be very easy as whomever is renting the room seems to be out on the town.

Deshaan: Head on over to the central building in the city. Stay to the north, and head in one of the doors. The middle of this lower level should have a desk with a person behind it.  Facing them, to the left, there is an antique chest. Your prize awaits within.

Eastmarch: In the Mages Guild, on a table to the right well before the stairs up, there is a tool used by King Jorunn himself. The guild will love slicing their own cheese with this one!

Glenumbra: Hidden in a corner of the castle’s kitchen, a little box waits for somebody to come and take the luxurious rug within. Whether it really makes for a comfortable place to rest your feet is a moot point. This one is magical!

Grahtwood:  South of the giant tree that is the capital, there is an Embassy that has your target inside. Head in the door to the back and turn left. One person does wander back here, so avoid them seeing you!

Greenshade: Head to the Marbuk Mages Guild. Then go upstairs. There’s a janitor up here sweeping, and he’ll be upset if you take the scroll while he is looking. A little patience will save you much trouble.

Malabal Tor: At the Mages Guild in Velyn Harbour there is a harp. Don’t just grab it, as this one is about as difficult to get as they come, as somebody is always watching. Use invisibility to avoid headaches!

Reaper’s March: Yet again this is at the Mages Guild. This one is outside under the actual building. Grab yourself some seeds before you go since a spittoon isn’t a spittoon without something to spit!  It’s the healthier spitting option!

Rivenspire: Head to the Fighters Guild. Go in and head to the right. At the end of the ground level there’s a room to the right with a chest in it.

Shadowfen: Under the Hist Tree you will find a shovel. Be careful as a couple people wander around here!

Stonefalls:  Head to Kragenmoor! There are two inns here, but the one you want is “The Hissing Guar.” Down in the cellar you will find a serving tray. Watch out for the one person down here when you take it.

Stormhaven: In the Wayrest Mages Guild you will find a poem by a noteworthy writer. While it is the worst sort of doggerel the writer alone makes it worth stealing! You will find it on one of the tables on the ground level.

The Rift:  In Riften’s Fighters Guild, up the stairs to the right you will find a drinking skin. Hiding in the back allows you to take it without worry.

Finally, Hew’s Bane!: Head on over to the bank. Today we are making a withdrawal without notifying anyone. Swing around and pick up the “trash urn.” History can cause very odd things to be worth a lot!

Now, head over to the Den and set the items in place. Enjoy your reward of notoriety and the ability to make coins shower down on you.