Made to be Social 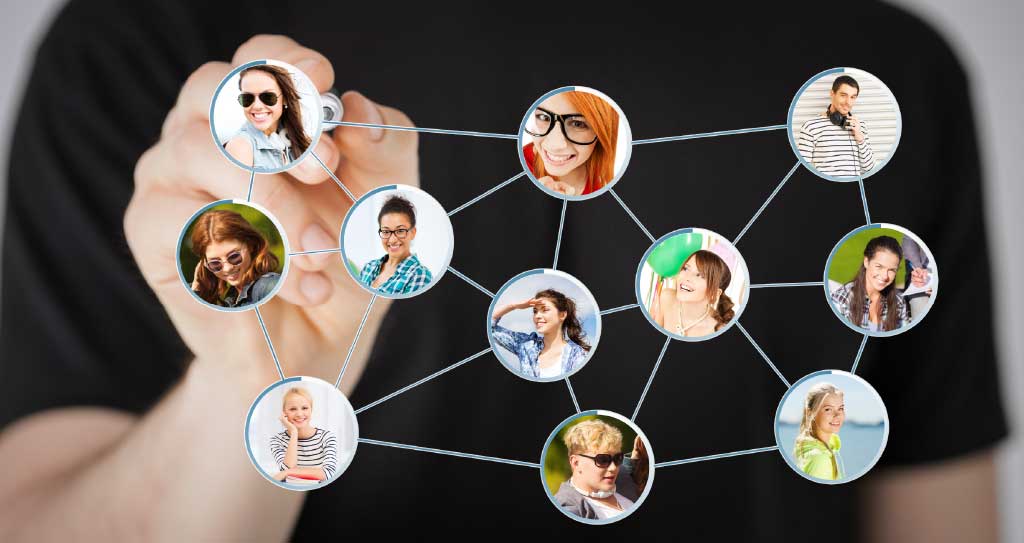 I believe we were created to be social by God. Even before believing this, I kept trying to find the place where I fit in. I like my alone time, but I am definitely not a loner. No matter how much of a loner anyone claims to be, deep down there is a need to share with others.

This happens no matter if we are face to face or long distance. With the advent of the Internet, the world got way smaller and distances could be crossed even easier. This brought both the good and bad of our society with it as everyone brought their own views and ideas into the Internet community. It allowed us to share and know way more about our world, whether right or wrong. It got us talking far more even if we never got to meet face to face.

I jumped right into this crazy world of the Internet as soon as I could get a dial up access of my own in 1994. I was on the Internet before that, even before we called it the Internet really. However, I was usually doing work or college stuff and really did not get into the socializing until I had the time to explore more. I finally delved into roleplay chat rooms and got into the world wide web as it exploded on the scene.

It is interesting how the people I started to meet digitally from around the world are similar to those I met in person. Some of them I shared a lot more with than others, but there are some I have never met in person that I would call friends. Some have moved on from my life, but new ones have come. Nothing different than what would happen in person as I moved on to new places or the friend would move on. Some of those friends I might not see or talk to for months, even years, but they are the kind of relationships that pick back up like we never had a break. Of course there is that catch up chat, and from there it just rolls on without a hiccup.

So how did the Internet life roll into my real life? Many ways to be honest. I’ve met a lot of people on the Internet, that I then managed to meet at one level or another in person.

The first was a friend who had been in basic training at the same time as I, starting only four days apart in the dorms across the street from each other. I almost ended up in the same country she went to. My orders were messed up and they had to change me to a different place. So nine years after being within a 1000 feet of each other and never meeting, we wind up meeting online through a roleplay community where we both became chat room moderators. We finally met in person and were friends for quite some time, and I bet we could pick up again if we ever reconnected. Lots of things happened over the years with visiting and doing things together let alone online.

Then there was my first marriage where we both were in the same community online for a chat room roleplay guild. Several of those people came to the wedding; and more than once we all gathered up to invade the renaissance faire only twenty minutes from where I lived at the time. Most of those people fell off my radar after the chat room guilds started falling apart, but it’s not everyone that winds up having 10 or 12 people of a guild show up in one place, especially for a first time meeting at a wedding.

In 2000 I got into Everquest as my first MMO. The guild I had there was very close knit and a lot like Gaiscioch with its family values. I got to know quite a few people through there and when my life fell apart in 2002 with a divorce and a lay off, I met some of them by visiting and looking for jobs in their area. One was a friend going through his own divorce at the time and I even met his parents. I got to crash in an empty rental house for the week while they helped me apply for jobs in the area. It’s probably good for both my friend and I to have the time together, but I think it was better I did not wind up there. After all, we were the opposite sex, really got to know each other, and were both in the midst of divorces. We both could commiserate, but definitely needed time to chill out before moving on. His parents were a great help with this as they had no fear noting things and discussing them. They were also strong Christians and I was a fledgling Christian at the time. I learned a lot on that trip.

Once I joined Gaiscioch in 2009, I found a group I could hang with on the Internet from one game to the next. There are quite a few in the crew that I would call my Internet friends because of how much we talk to each other about things in private chats. I’ve only managed to meet one Gaiscioch in real life. We had a fun two hour chat over lunch. Due to where I live I don’t have much chance of meeting many, but I know one who has a parent living only 14 miles from me. I might manage to meet them some day. Maybe I’ll meet others in the future, which would be awesome fun and lots of chat about things beyond the game.

I’ve sure had my mishaps of bad experiences on the Internet, too, but that’s nothing different than my face to face experiences. All the good will be cherished and the bad has been learned from. It’s the adventure of finding new friends to do things with and life taking us off in different directions that makes life worth living. Who will I meet next and what will come of it?