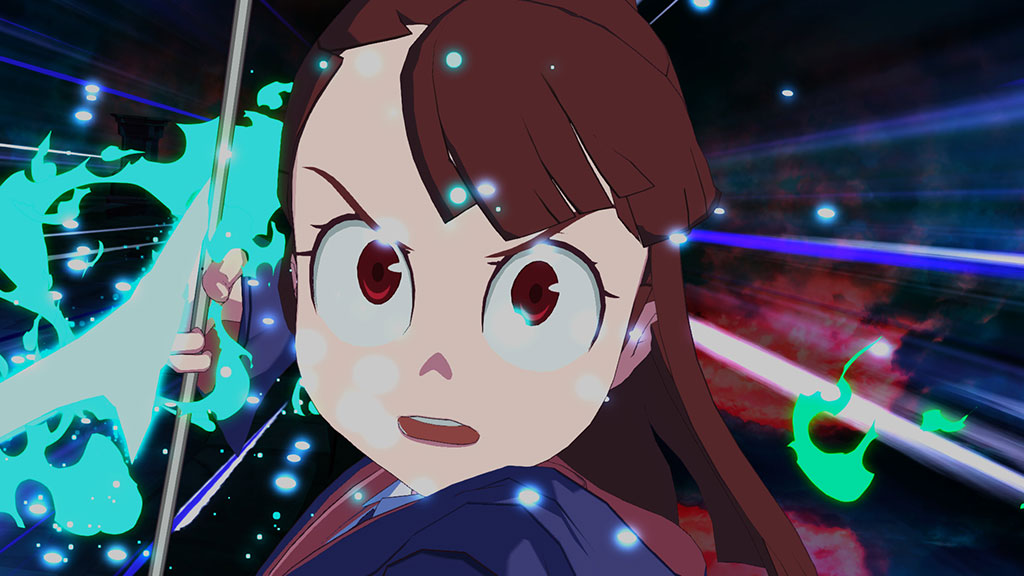 When you have a pedigree in over sized animated, drilling robots and fashion wars that feature more flesh than fabric, a coming of age story about friendship and magic might not seem like a natural fit. Thankfully, Yoh Yoshinari and much of the team at Studio Trigger seem to excel at shattering those expectations and producing some stunning anime at the same time. Little Witch Academia is the latest title from this Tokyo outfit and not content with wowing Netflix audiences, the team behind this charming tale are bringing Little Witch Academia: Chamber of Time to PC and PlayStation 4 in early 2018.

When Bandai Namco brought Little Witch Academia to the UK for the first time, Gaiscioch got hands on with this action role playing game that features a whole host of familiar faces. While we already know some of the playable cast include Diana, Hannah, and Barbara, our time in the prestigious Luna Nova Academy put us in the shoes of the show’s protagonist, Akko Kagari. Accompanied by her two closest friends at witching school, Lotte Janson and Sucy Manbavaran, we tried to unravel the mysteries behind the Chamber of Time. 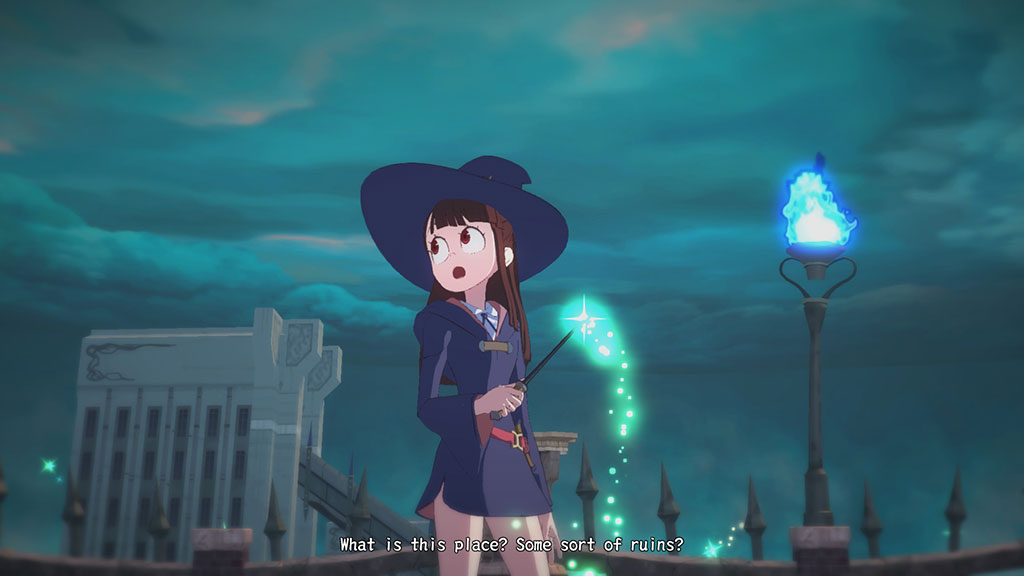 This side scrolling preview is split up into several stages, and deposits Akko and her friends in a creepy cobbled street named the Labyrinth of Pollux. This level is split into several stages, each containing waves of monsters for the three young witches to defeat. Controlling Akko was relatively easy with an intuitive control set and very little room to get lost. Combat systems are also easy to unpick with a set of basic attacks and jumps accompanied by an array of much more impressive looking spells. Each of these six unique spells are clearly telegraphed on the game’s UI and do not take more than a couple of button presses to complete. A pleasant surprise is that rather than delve into deeply complex turn based strategy or team order systems, Little Witch Academia’s AI allows Lotte and Sucy to go about their business blasting gargoyles and slaying wolves while players concentrate on enjoying the game. This really lowers the barrier to entry for a title that should have a wide range of appeal. Thankfully these stages are also short enough that this intuitive combat does not become repetitive too quickly. Whether this means that the game’s final form will just be short, or well proportioned, I can’t say.

After crashing through a host of enemies, completing five fairly linear stages, and uncovering a secret room, a final challenge awaits players in the Labrynth of Pollux. A huge monolithic golem guards the closing moments of this instance and it ratchets up the difficulty. Utilizing a range of attacks, and counter systems, Akko and her comrades need to avoid the massive hands, projectiles, and spells as they reign down on the party. This boss encounter is, again, not overly complex, but I can’t say it was a total breeze either. After absolutely no perpetration, I got Lotte killed and only just scraped by the final boss in a manner that I found was just an adequate challenge and still fun. 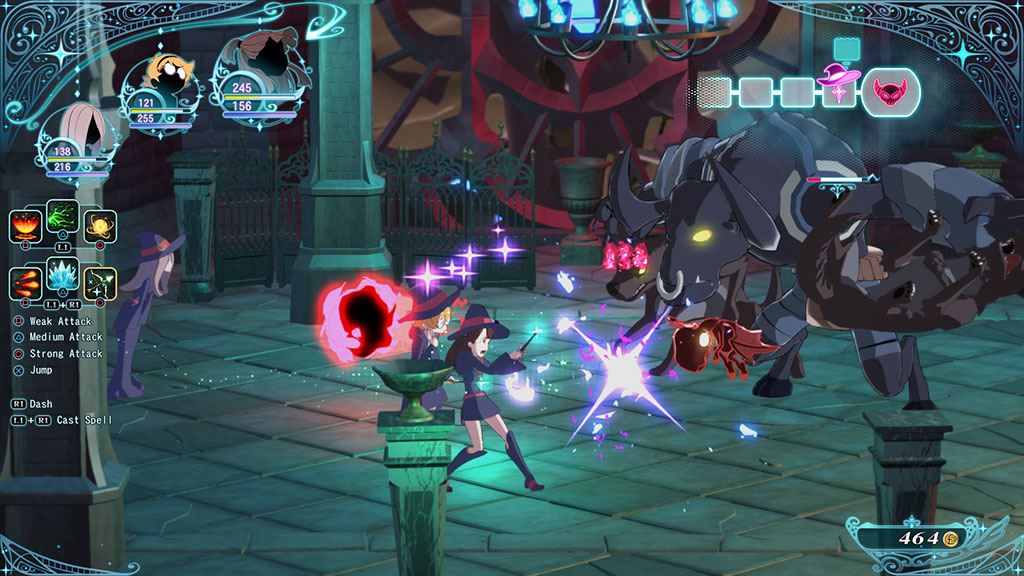 That joy and wonder is central to Little Witch Academia anime and it’s great to see it in game. A+ games has crafted a game that sympathetically recreates Akko’s world, bringing the same personalities back that fans will recognize from the anime. Little touches like Akko’s mannerisms and the spells that Akko uses are appropriate and visually it looks stunning. Absolutely everything outside of the flashiest of effects looks hand drawn. Characters, especially, look like they have flown straight off the TV screen and into game. While cut scenes are frequent they do feel appropriate. Even the clips that precede some of Akko’s most iconic spells, the ones that players will want to use repeatedly, left me with a grin, and that is what Little Witch Academia should do. 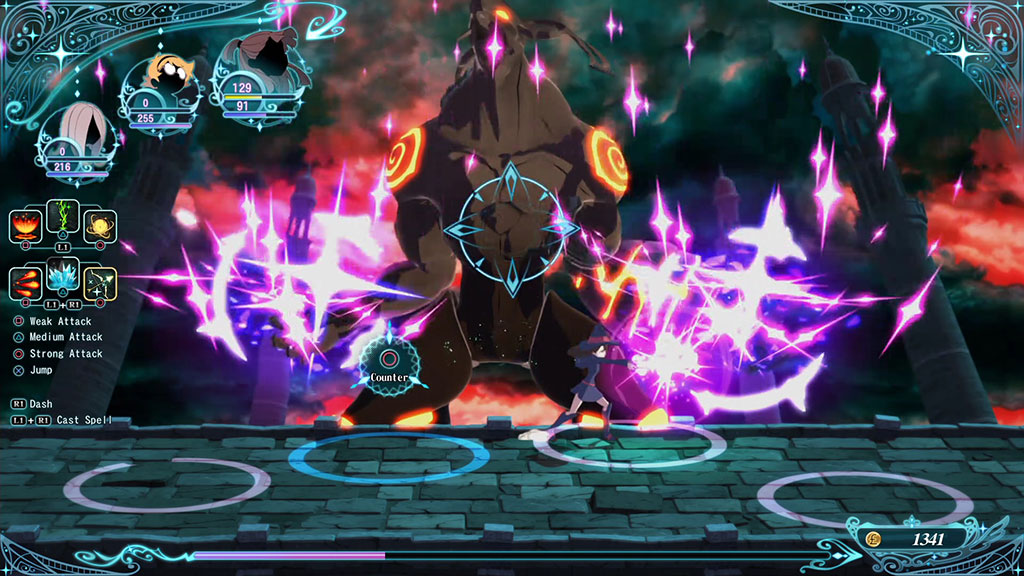 Little Witch Academia: Chamber of Time is not mechanically revolutionary. Rather than feel shallow this seems to be a considered approach that should make Akko’s adventures open to everyone. Assuming that the story behind Akko’s first summer at Luna Nova Academy is as entertaining as the anime’s first season, then fans of the show will love creeping round the halls of this witching school.