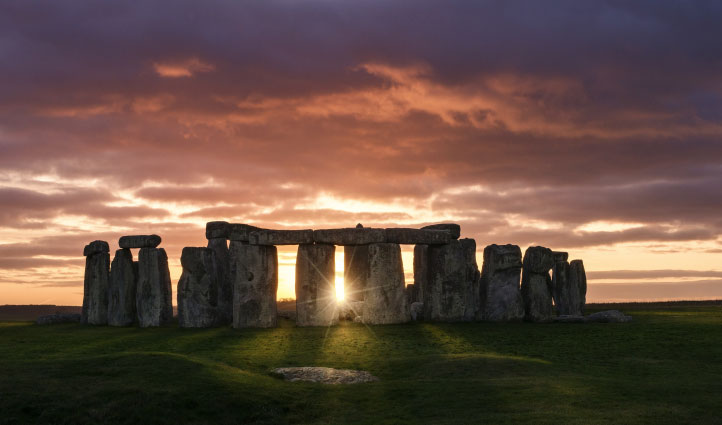 Epic. A simple word, that inspires greatness. When we think of the epic stories we’ve been told, the one thing you will find in every story is adversity.

In life we are handed challenges every day. Some seem small and you barely take notice. Others tend to stop you in your tracks, putting that rush of fear and panic down your spine.

In that moment, stop, breathe, and think to yourself “Right now, in this moment, when all seems lost, all seems hopeless, I have been given the opportunity to do something Epic.”

This is a tough question that I love asking people. Each person’s answer is a little different but most will agree that is something extraordinary. It’s a description of empowerment, courage, inspiration, and accomplishment. Most of all it’s a permanent stamp on your lives that lives on through memories and stories. It can be found in all aspects of life.

When we think about Epic Stories or Legends, what makes them epic? In the Lord of the Rings, why did Tolkien choose to send a hobbit on this quest? He was small, filled with fear and excuses. He could have easily said “Hey Aragon, Jump on this eagle and fly this ring over to Mount Doom and drop it in. Mkay thanks!” He did that because that’s not an epic story. Epic stories are about people placed in extraordinary circumstances that overcome the challenges they face against all odds. Memorable stories are not about people who have it all, and still have it all. They are about what I like to call the “possible impossible”. The situations that people deem impossible, yet somehow you manage to make possible.

Epic encounters are created in the face of adversity. They create a permanent stamp in our minds and the lives of others in the form of memories. It is the pitched battle where you should have been defeated yet you persevered, displayed courage and came out on top.

Being epic is doing that which others deem impossible. Being a light in the darkness. Helping those in need not because you gain something but because you can. Epic people walk the unpaved road and bring greatness and happiness everywhere they travel.

Being an Exemplary Person Inspiring Courage

Many times, people are afraid to take the first step. Fear, hate, rage, pride, and greed keep us complacent. They keep us in the land of ordinary and boring. Their purpose on this world is to prevent success. But if we can learn their true nature we can use them to inspire epic moments.

It’s only when we can inspire others to take that first step that something epic begins to happen. Sometimes just having a friend to encourage you to step out of conformity and reach for your dreams makes all the difference. Other times its a simple act of benevolence that can be the inspiration that someone needed to find the courage to overcome the situation they’re in. In both gaming and in life, being able to identify the restraint that keeps someone complacent will allow you to help them overcome that which keeps them from obtaining their goals.

Facing Adversity In Your Own Life

This road is not easy. It’s almost always the hard road. When challenges arise, do not see them as a wall that you can not pass or a curse on your life. How many times have we been told “that’s the story of my life” by a down and out friend? This is because they have yet realized that adversity is not a curse.

Adversity is a key ingredient in Greatness. You cannot have one without the other. It is the prelude to an epic story that can become legend if you allow it to. All you need is the courage to face your fears and inhibitions, as well as the perseverance to endure the trials you face.

The moment you start welcoming adversity and challenge into your life instead of fearing it, you gain control of the situation. It doesn’t matter if it’s a life changing decision or raid boss you and your friends cannot seem to defeat. You must face it head on and remember that patience is the currency of accomplishment. If you pay it, you will succeed. You will not fail until you have given up. Stay strong and endure.

In life, we can create an epic experience in others by pulling people from the fire of life. Giving them a helping hand. Even the smallest gesture can leave a permanent mark on someone’s life.

I think back to the nights I would go bowling with my mom and hang out in the arcade all night while she was in her league. One night I was fighting the final boss of Kid Niki: Radical Ninja, a classic arcade game I spent months trying to beat, when I ran out of quarters. There in big letters were the words “Continue?” A clock ticking down as if to taunt me and my shortcomings. I frantically checked my pockets but alas they were empty. This boss had defeated me. An overwhelming sense of loss overcame me.

But that’s not how the story ended. In the last 5 seconds an older gentleman who had been watching me tossed a quarter into the slot and slapped the start button and looked at me and said “beat him son”. I grabbed the joystick and fought harder than I knew I could and at last the credits would roll. That gentleman gave me a nod and walked away without another word.

That man, whose name I didn’t even catch, paid 25 cents to create a memory in my mind that has lasted over 25 years. Even the smallest gesture can create an epic moment in the lives of others.

We all have the ability to change people’s lives for the better. Whether it’s teaching a student how to do something, helping a friend in need, or being there as someone endures the most challenging moment of their lives. Greatness exists within all of us.

By understanding how epic encounters work we can orchestrate them in the games we play. These moments can be big events, or even small gestures. To illustrate this I will visit two very different moments that continue to shine as epic memories in my gaming life.

#1. The Kindness of a Stranger

In my very first experience in an MMORPG I decided to try Dark Age of Camelot. Before this I had written off MMO’s all together. But, alas, the lure of being able to play in a time taught to me in fairytales was far greater than my prejudice against the genre. I was lost, confused, and baffled at how the game worked and kept finding myself on the losing end of a fight.

That’s when an unguilded, Celt Warden by the name of Roac picked me off the ground and watched over me while I tried to fight things. He later gave me some coin and crafted me some items to help me out. He spent close to an hour making sure that I was taken care of.

Why did he do this for me? What did he have to gain by this? This player asked nothing of me yet went out of his way to help me. In return he created a stamp in my mind of my very first epic experience in a MMORPG. This memory has shaped not only the way I play games, but the way I run Gaiscioch. I crossed Roac in the field many times over the 6 years I played Dark Age of Camelot and later he would even come to join Gaiscioch. He will forever be that hero that keeps me going when I thought all was lost and I was close to giving up.

In the early days of RIFT, I set out on an extreme challenge to kill the 6 leaders of the Defiant faction. I even created a Public Community Event series called the Telara Saga to make this happen. Along side me I had hundreds of other players up for the challenge.

We spent months attacking these NPC’s that, if we were to believe people on the forums, were unkillable. I was even told that they were immune to damage. At the time these NPC’s were the highest health NPC’s in the game and every time we tried to kill them we were one shot.

One by one we killed each of them up to Asha Catari, the leader of the Defiant faction. She was placed in the War Room, a room filled with other elite NPC’s and PvP focused players. I spent weeks scouting her attacks, then spent weeks gearing our team to resist her attacks. Finally, we came up with a plan to assassinate this unkillable NPC.

After 6 months and 9 attempts we finally killed her and the crowd went wild. We were the first in the world to kill this NPC and the forums erupted will compliments and comments about the feat. This by far has been one of my most memorable experiences in any game.

These two examples are just a sample of the various ways that you can create epic encounters remembered by you and your friends for years to come. The key is that you do something that is not ordinarily done. Epic encounters are rare and not something commonly experienced. But when they do happen they stay with us for a long time. Some even have the ability to change the course of lives and shape futures.

In the end, you can not be brave without the presence of fear. You can not have integrity without it being challenged. You can not have an epic experience without adversity. It’s the contrast in life that makes it worth living. In all things there must be balance. Strive to do that which others deem impossible and the only limit you will face is the one that you place on yourself.

It’s not the things we have that leave their mark on generations to come, it’s the memories, stories and relationships that travel beyond one lifetime into the next. Strive to live epic. Create epic moments in every day, and strive to be an epic person in someone’s life.