It's a rare experience to find a game so true to history that you feel you are wandering the streets of a medieval version of today's world. This is the case for Kingdom Come: Deliverance as you wander the countryside of the now Czech Republic and was then Bohemia. The towns and villages you come across are still there today and a great deal of diligence went into recreating their original look. The main characters you interact with and the events you survive can all be looked up on Wikipedia. Such detail has never been attempted in a game.

For a person who grew up playing the Oregon Trail, Railroad Tycoon, Civilization, and Colonization, I know just how much a game can help when learning about history and geography. Kingdom Come: Deliverance sits firmly upon that bench of educationally enjoyable games.

Today we are able to sit down with the Game Designer and Writer of Kingdom Come Deliverance, Ondrej Bittner, as he shares the story of his experiences in bringing the game to life. 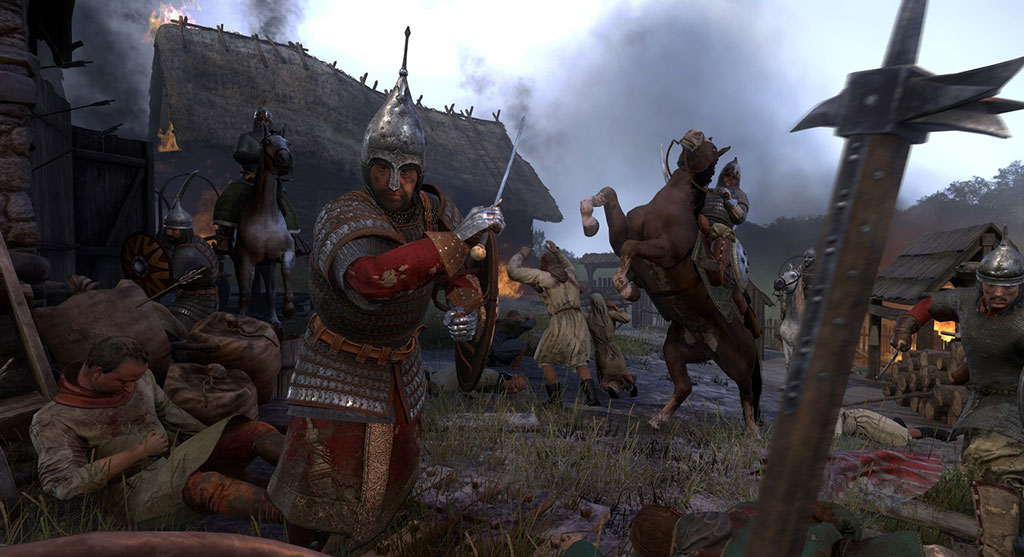 It's been awhile since we last spoke. Now with the release in your rearview, what would you say the hardest part of releasing Kingdom Come: Deliverance was?

The valley of doubt that you go through. RPGs tend to be rather complex and multi-layered. At the beginning, all the features are developed in parallel and thus separate pipelines, so it’s hard to imagine what the final game will look like. Then you finally combine them, and voilà … the result is a huge mess. Almost nothing works as intended, systems are clashing, unexpected patterns occur, and bugs are everywhere, and at that point you start to worry that the game WILL look like this.

The recreation of historical sights and events are quite a challenge. Just within the first few hours of the game you get a rich and detailed look at Bohemia's past. You can tell this was not an afterthought, but one of the core features of the title. How did Warhorse Studios approach this task?

Historical realism was our number one priority, which is our major selling point. This is what separates us from the rest of the games by a very wide margin. Sure, you can say that some things are not 100% accurate, and this is a valid criticism, (which usually comes from real historians), but for the 99% of gaming population who take their image of medieval life from shows like Vikings or god forbid, Game of Thrones, KC:D is the closest they think they can get to reality. Czechs are in general, seldom proud of their country, but one thing that usually hits our patriotic string is the landscape, the castles, and the peaceful bohemian image. So, I guess there was a little bit of that in our efforts too.

At the core of this game is its storytelling. How much liberty did you take in creating the story behind Henry and the fate of Skalitz?

Henry is a completely fictional character. That being said, everything around him is not. Silver Skalitz is a real town as all other major landmarks on the map are. Even the villages whose layouts were recreated using some neat methods. Also, the major characters in the story are real and the biggest ones have quite chunky Wikipedia pages, even in English. So, they are not just regional historical characters.

The story itself has some real parts (like the burning of Skalitz by Sigismund’s army) and some fictional ones. We use the great historical events, not as a passive background, but as an active, sort of “causal” background. Everything that happens in Kingdom Come happens because Bohemia has been invaded and there is a civil war going on. To simplify it, we picked up the books, filled in the gaps, and then sprinkled some “spice” on top.

Early on the player will encounter a few moments where they must fight. So far no matter how many times I try, I have not succeeded in these fights. Is this because I'm a pathetic noob or is there a greater game design mission here? I get the feeling you're teaching us something with these first few fights.

Well, that pathetic noob is Henry. Most of the people who play mainstream RPGs tend to forget that Henry is not a chosen one with an ultimate prophecy in his backpack. He is a VERY regular guy. He can hardly handle a sword or ride a horse, but Henry will get better and so will the player. And because of this, the link between the player and the character gets much stronger.

For those that are just starting out, what would be the top 5 things you would suggest for them to learn and observe?

For those who are clumsy like me and happen to fall off a wall and break both of my legs in the early moments of the game, what's the best way to treat a bleeding wound with little to no financial reserves or bandages? Am I destined to die or is there a way I can be redeemed? Healing is an essential part of this game. What are the different ways I can treat my wounds?

Sleeping in a comfortable bed will put Henry back in top condition. We are realistic, but not that much. Although, there are some folks out there who would enjoy dying from a splinter after a putrid infection swallows their hand.

I understand the Kickstarter campaign raised just a fraction of the cost of producing Kingdom Come: Deliverance. How was Warhorse Studio able to offset the costs and bring the game to market?

We were lucky to have a private investor on our side who gave us a mile of breathing space. We also teamed up with Koch Media (aka. DeepSilver) who knew a thing or two about publishing and that helped us immensely.

Do you feel you will use Kickstarter again when the time comes to launch your next title?

This is always hard to say. We will surely evaluate all options in the future. 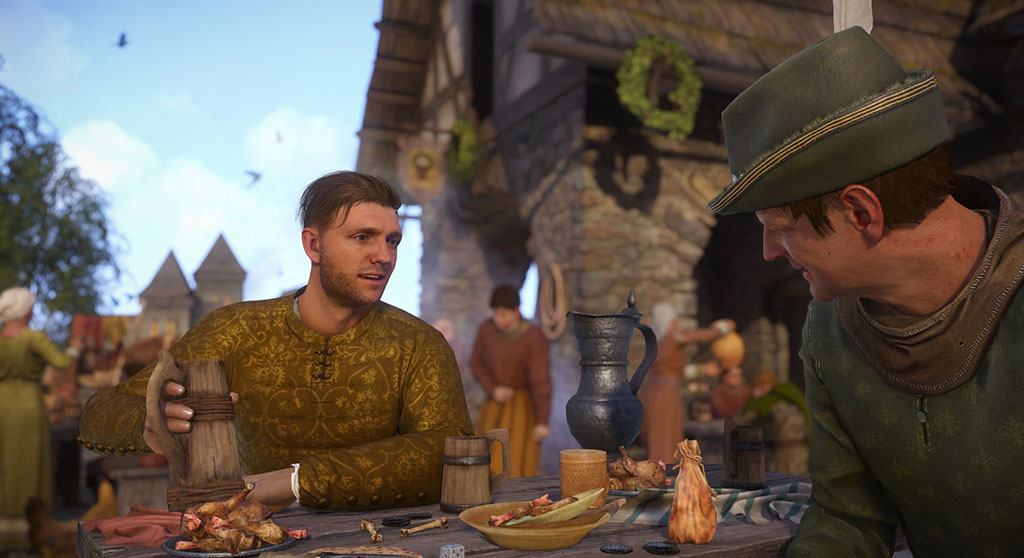 There are several things Warhorse Studios is still working on from the crowdfunding campaigns stretch goals. How are they progressing and do you think we'll see them make their way into game by summer?

We are hard at work on the promised features. However, we have to wait a while until we will announce a release date. I think it’s safe to say that the past has taught us that we do not have the most precise assessment when it comes to release dates.

What's next for Warhorse Studios? Is there any chance we could see an expansion, sequel or DLC in the future?

Let’s hear what Gandalf the grey has to say about that: “Look to my coming at first light on the fifth day. At dawn, look to the East.”

The years is 1403, the region Bohemia, located in the heart of Europe, rich in culture, silver and sprawling castles. The game is based on a true story – a story of kings, heirs, a kingdom, castle sieges and bloody battles.

The King is dead and his eldest son Wenceslas IV becomes the new King of Bohemia.

Wenceslas’s enraged half-brother Sigismund imprisons Wenceslas and invades the country with his mighty army. Unfortunately, in the midst of this chaos, your character Henry suffers. The mercenary army destroys your home and kills your family, you are the sole survivor of the bloodbath and it is here that your road to redemption starts. Enjoy the detailed reconstruction of the 15th century landscape. Use weapons that were used by knights. Take part in epic historical battles that happened in Middle Europe and in castle sieges!