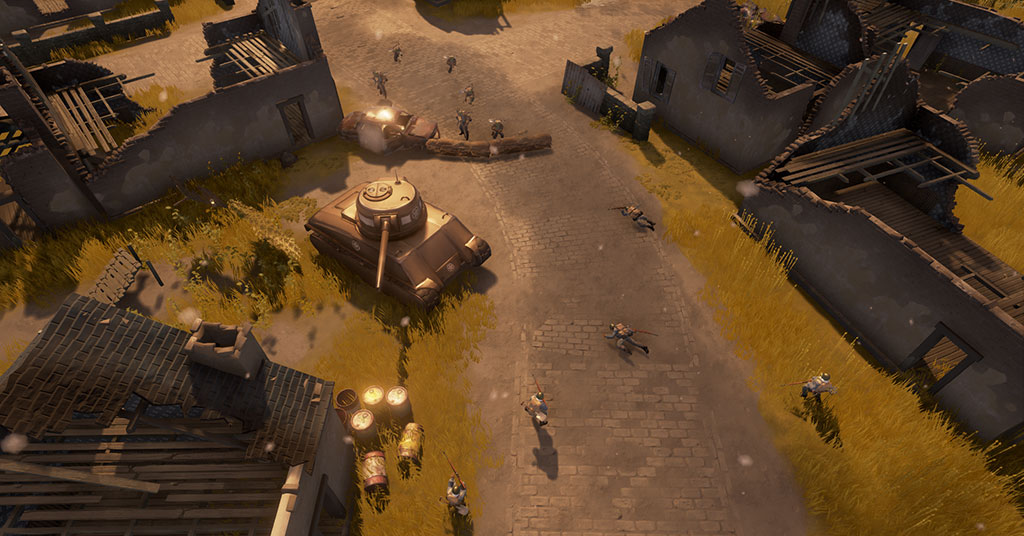 In Foxhole, you play a single soldier fighting in a massive war where every other soldier on the battlefield is an actual player. We've all seen the countless battles where players stormed the beaches of Normandy. Imagine that this time instead of NPCs randomly dying next to you, there are real players fighting alongside you. Coordinating, planning, and executing strategies.

Foxhole offers dynamic battle conditions including the time of day, weather, and terrain that can provide your forces with an advantage in some situations. You will capture and set up supply lines to keep your front lines equipped. All the while battling over territories in an endless tug of war between thousands of players.

With a unique top-down art style, Foxhole blends traditional tactical combat classics titles like Fallout Tactics and Commandos with modern day technology and real-time persistent battles. Teams must work together to change the course of history.

You can learn more by visiting: http://www.foxholegame.com/