Guild Wars 2 The Head of the Snake First Look 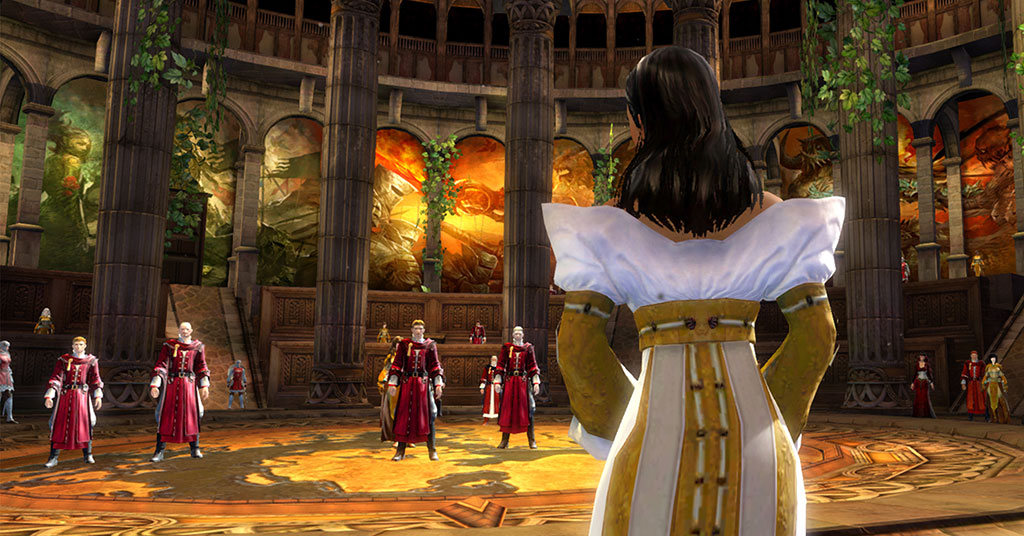 Taking to the front lines in the latest Living World adventure

For players that ventured into the Maguuma Jungle, escaping the Heart of Thorns came at an incredible cost. Tyria’s greatest heroes now remain scattered, the Pact is a fragile shadow of its former glory, and new threats creep across the land on all fronts. Today ArenaNet reminds us that in Tyria things can always get worse with the release of The Head of the Snake, the latest instalment in Living World Season 3.

The fourth episode of season three marks a swift change of direction for Guild Wars 2’s Living World. After mining the bowels of Braham’s personal demons, players depart the Bitterfrost Frontier behind and return south, to warmer climates, where the fog of war has finally descended on Divinity's Reach. An urgent summons from Queen Jennah returns players to Divinity’s Reach where the consequences of a resurgent White Mantle are causing serious problems for the seat of human power.

The opening of episode four returns players to the royal court and a very familiar setting. The human dynasties have regularly been the backdrop for stories surrounded by subterfuge, betrayal, and authority, and they surface here once more. Players that have fought their way through previous Living World seasons may find initial instances in Head of the Snake feel mechanically similar to the Party Politics story from Living World Season 2. While this might undermine the beginning of episode four a little, the return to Divinity's reach is an absolutely welcome change of pace for Living World.

The Bitterfrosts are mechanically interesting maps, but the tone of perpetual winter can be a little homogeneous. Central Tyria is not quite so dry. Divinity’s Reach greets players with its usual cacophony of light and colour, the streets buzz with activity, citizens go about their business, and the auspicious Central Plaza is lush and inviting. Similarly. The latest stage of Living World is a pleasure to visit. 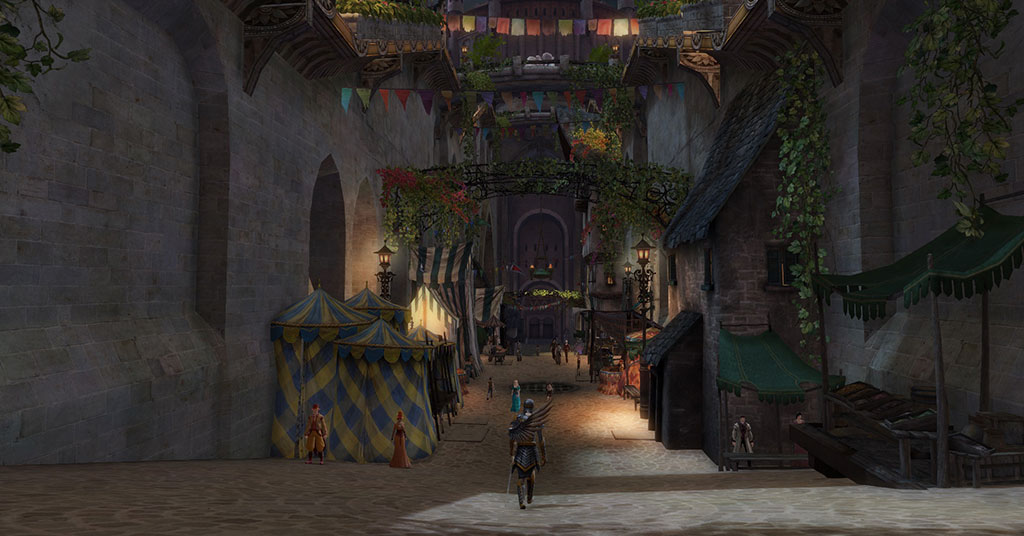 Despite assertions that we would not see it, Lake Doric is the latest addition to our expanding map of Tyria. This is not the map recently discovered by Chinese players, but a battleground that threatens to spill over into Divinity’s Reach. Here, the green and gold hues surrounding shores of the lake are a wonderfully serene backdrop to the visceral battles that carve through the countryside. Glittering jade artillery streaks overhead while the White Mantle entrench their positions. Seraph outposts lie overrun, villages are awash with fear, and it’s up to players to push back the looming threat. The bulk of episode four’s content is located here, just outside the human capital, and I found the area thriving with activity. Escort events, starving troops, civilian unrest, dwindling supplies, White Mantle assaults, and even a man stuck down a well all help this instalment avoid the rather plodding progression present in A Crack in the Ice. 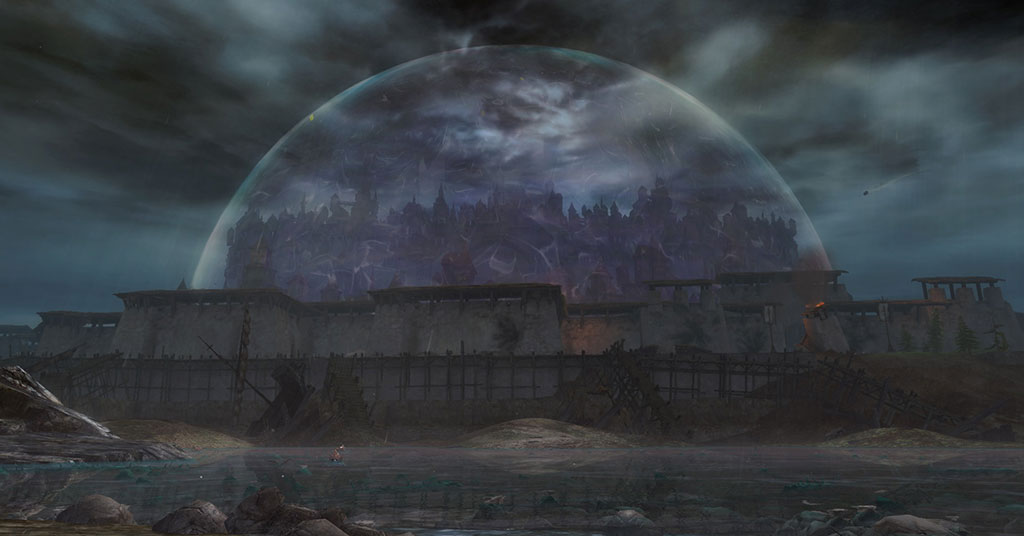 One particular highlight finds players on an infiltration mission. Subterfuge and sabotage missions do not exactly redefine the genre but it does, once again, underline the pointed differences between The Head of the Snake and its predecessor. Dressed as a White Mantle soldier, players are tasked with stealing plans, poisoning supplies, and freeing Seraph prisoners. Where I found Svanir transformations during episode three a throwaway transition between chapters, this is an integral story component that actively engages players and has more than one way to complete.

It is, therefore, a surprise to see a substantial portion of The Head of the Snake’s content locked behind a gating mechanism. Lake Doric event participation is a mandatory prerequisite to ensure Seraph army combat readiness and a push past the White Mantle’s assaults on Lake Doric. While this sounds unusually prescriptive for Guild Wars 2, the breadth of events available around Lake Doric makes it a genuinely enjoyable experience and just about avoids any grind from setting in.

Content primarily revolves around the ongoing conflict between the Seraph and the White Mantle. A series of push and pull events cycle across the map as both sides vie for control over the map. Seraph troops regularly storm across the terrain in an effort to retake the villages the White Mantle have subjugated, rewarding players with a map specific bonus for capturing and defending objectives. ArenaNet has produced a genuinely different set of encounters for each of the map’s primary objectives with a particularly interesting point in the north of the map, defended by a Centaur Siegemaster, that causes chaos by spewing burning tornados over your party. 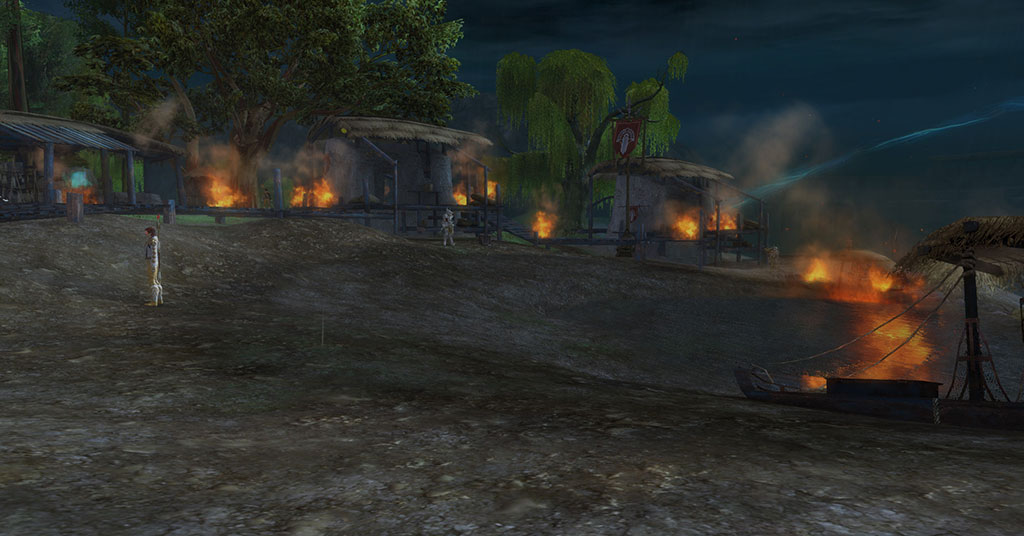 Dispatching the White Mantel leads episode four towards its closing chapter, the Shire of Beetletun, and a final stand for Lord Caudecus. The region and its residence has largely been neglected in Guild Wars 2. As dungeons have been gradually superseded by fractals and raiding content, Guild Wars 2 now provides an extremely narrow set of incentives to ever visit Caudecus’s Manor. Episode four marks a welcome return to this house and from the off, players are dragged into a deluge of action. Swarms of White Mantle and jade bows patrol the outer grounds, entrances, and interior. Fending off the White Mantle and their minions requires some nimble footwork between a series of narrow corridors and constricting halls. The resulting close quarters combat can be chaotic. Jade bows bounce players around the manor’s gilded rooms like a sack of leaves while the remaining White Mantle overwhelm any survivors.

Subduing an unstable Lord Caudecus is equally hectic. Infused with Bloodstone magic, Caudecus displays a range power and madness that has shades of Scarlet, and although his opening salvo includes some interesting teleportation techniques, it is his final stand that proves more challenging. Situated in the deepest catacombs of his inner sanctum, Caudecus hides behind a series of unusual riddles, rotating rooms, and several giant facades of himself, once again reasserting his ego and madness. Mechanics common to the residents of Bloodstone Fen and Ember Bay are repurposed for this fight. Caudecus makes repeated use of magical barriers, pours ample quantities of spectral agony over your party, and rains jade elementals down on opponents. 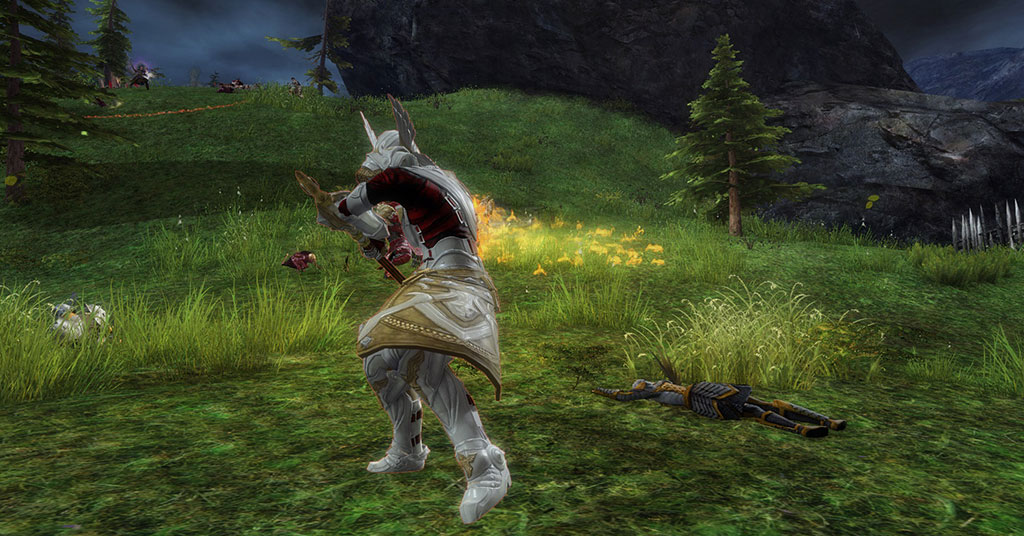 This all makes for a satisfying crescendo to Caudecus’s story arc. The Head of the Snake successfully changes the pace of Living World, giving players the opportunity to dispense with the Elder Dragons for a time, dig deeper into Kryta’s civil unrest, and foil a much more direct threat. ArenaNet makes outstanding use of some returning locations and Lake Doric is a fine addition that will stay relevant long after season three concludes. Unbound magic continues to be the central unifying currency of season three, providing the widest possible flexibility on how to play and encouraging Tyrians to return to its shores. While slaying the Elder Dragons may sound epic, sometimes these more human stories are the most enthralling part of the adventure. Players can bank the episode, for free, by logging into Guild Wars 2 right now.