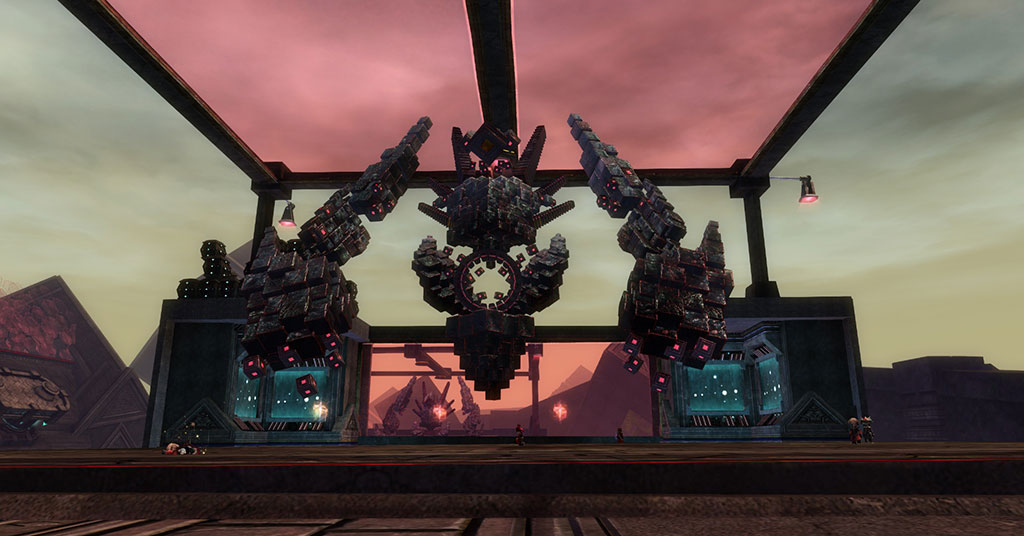 If you’ve had a chance to play through the latest episode of the Living Story, you’ll notice more than a few new additions to the world. A Bug in the System proved to be one of the most interesting experiences I have had in Tyria in some time, upturning traditional tropes and introducing a whole host of new tricks and traps to the game. We got a chance to reflect on our thoughts with the team behind the latest update to Guild Wars 2’s Living World. Also, if you’ve not played A Bug in the System yet, there are some spoilers, and why haven’t you yet? It’s fantastic.

Gaiscioch: The latest episode of Living World seems to have a sense of reinvention about it, from the Inquest facilities to the new Charr. Was this the intention?

So, what you’re going to see a lot of this episode, and this season, is forces that have been set in motion or directed by the PC’s actions crashing into forces that have had nothing to do with the PC up until now.

The meta answer is, as you can see from the trailer, we’re always trying new things.

Gaiscioch: It’s not just characters and models that get a new lick of paint, the environmental effects seem to have come on leaps and bounds this season. How much work goes into improving on the tech behind those shiny new particle effects?

Franco Galletta, FX artist: As the story evolves, so do the visuals as they help communicate and advance the player. My philosophy is that FX serves many needs, which includes mood setting for ambiance and in certain cases, it's an exclamation mark of what is happening in scene and what a player might want to take note of. With that said, I've had a lot of collaboration with the tools team, gameplay programmers, and other art disciplines to determine what's feasible and what the best placement would be for the FX visuals.

I've been championing for enhanced tech, and this time around, we were able to have new material creations (which coincides with textures, shapeforms, and solid color theory). This has evolved our aesthetics and our workflow, and allowed us to expand the visual fidelity for more Cool and Shiny.

As we continually progress our tech and tools, it's understanding what limitations we have so that we can bend, break, or expand beyond conventional thinking. And so, Cool and Shiny aside, we've also done, and continue to do, a lot of talk-throughs on what actually makes sense for the World and for the story steps. I'm constantly aware of how important it is to have a holistic mindset and remain cognizant of how FX fits into the GW2 World and how it compliments the other amazing art, such as environment, props and characters.

Gaiscioch: The introduction of the Olmakhan was a really unexpected way to turn one of the most clearly defined stereotypes of Tyria on its head. Why choose to do this and what repercussions is it likely to have?

Jessica Price, Story Editor: Cultures aren’t monoliths, and it felt important to play with the idea that there’s always alternatives to the society and ideologies and traditions you’re raised in. Sometimes that involves living within the dominant society, sometimes it means trying to change it, and sometimes—as with the Olmakhan—it means leaving where you came from and trying something completely new.

The interesting thing for me is what that means for Rox, who’s largely just been a good soldier and has often felt like she’s always someone’s sidekick. We wanted to give her some space to breathe and grow as a character and start to come into her own.

Gaiscioch: A single line about running away rather than fighting raised some pertinent points about isolationism and how everyone in Tyria is not necessarily a hero. Is this something you would like to explore more?

Jessica Price, Story Editor: I’m not sure that I agree with the framing that running away is automatically the opposite of heroism. To me, keeping your loved ones alive *is* heroic. Fighting for a better world is important, but you can’t do that if you’re dead. I’m not sure I’d even class the Olmakhan as isolationist—what they are is a fairly small population that’s not sure they can survive a direct confrontation with the Inquest. And for them, “home” is where their tribe is, not necessarily any specific geographic location, so fighting to stay where they are rather than just finding somewhere without zombies and sadistic scientists doesn’t necessarily make sense to all of them.

There’s certainly a pride element—the sense that they’re not going to be driven out of their land, but it’s important to remember that what the Commander needs from people she encounters may not be in their best interests. I mean, arguably, the thing that convinces the Olmakhan to join her cause—the attack on their village by the automated Inquest forces—is actually the Commander’s fault. It would likely not have happened if she hadn’t broken Boticca out of the facility.

So what constitutes “heroism” here gets less clear the more you dig into it. And as storytellers, we’re interested in different characters having conflicting points of view on what heroism is that all make *sense* even if you don’t personally agree with them.

Gaiscioch: One of my favorite parts of the whole episode was walking into Rata Primus and finding it full of puzzles. How do you come up with these encounters, and is it technically challenging to get right?

Charlie Engelhard, Content Programmer: We thought it would feel good to defeat the inquest by outsmarting them, so it was a perfect episode to experiment with doing more puzzles. The GW2 engine wasn’t developed with the idea of “phasing” in mind. Originally, the only player-specific objects in the open-world were resource nodes. But in the last few years we’ve been adding in more phasing-like features piecemeal as we need them. For the open world story steps in Bug in the System, I tried using all these new features at the same time to create entire player-specific puzzles in the open world. We’re really interested to see how these are received by the players.

Some of the puzzles grew organically from the narrative. For instance, I tried to come up with an experiment for researching Kralkatorrik’s new ability to brand the dead, and the first thing I thought of was a conveyor belt of death and resurrection, and that’s practically begging to be a level design. (Although we did change the corpses from humans to destroyers because that was a bit too dark and horrifying.) 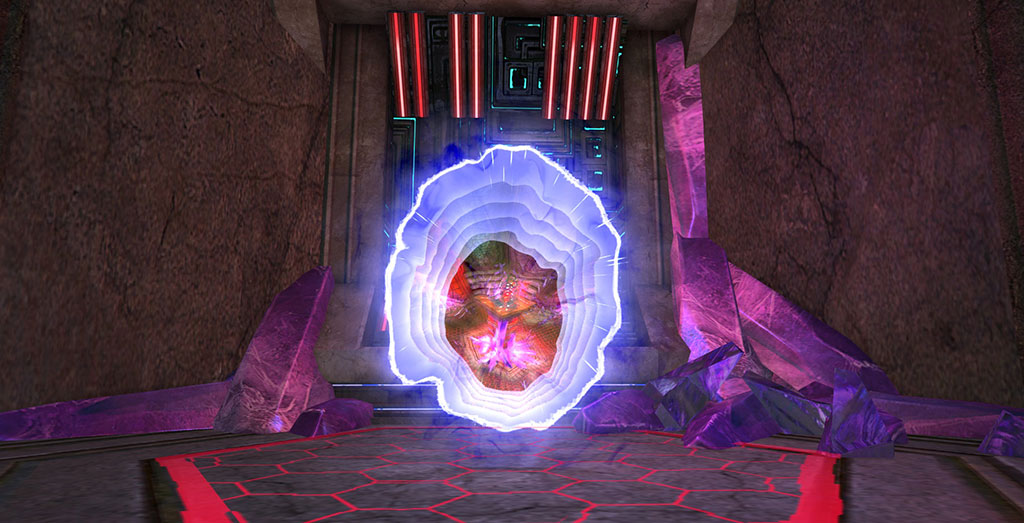 Gaiscioch: Who is the portal fan and why don’t the Inquest have their own Genius Level Alchemy Driven Operating System?

Charlie Engelhard, Content Programmer: Who isn’t a Portal fan? Shout-out to our neighbors at Valve. The Inquest’s PA system was inspired by a combination of GlaDOS and the little commercial interludes from “Better Off Ted”, as well as the absurdity of real life propaganda. There’s something funny and a little frightening at the same time about an authoritative voice confidently stating obvious lies and nonsense.