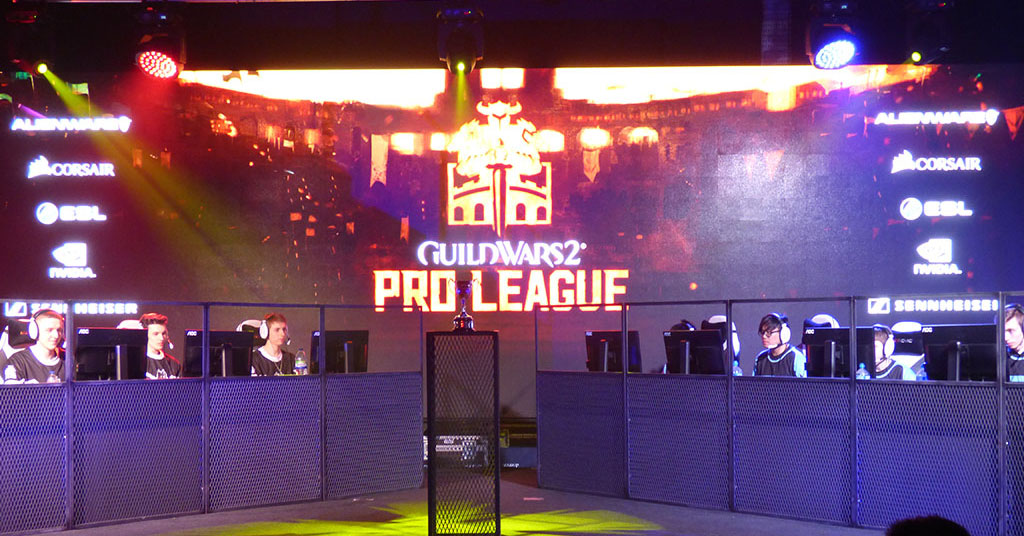 Abjured and the Temple of Doom

On February 20th the very first Guild Wars 2 Pro League final took place at ESL’s new Studio One, in the UK. Gaiscioch was lucky enough to score a front row seat as four teams took to the stage in an effort to become Pro League Champions.

Studio One is an innocuous looking building from the outside. Hidden on the outskirts of Leicester, sandwiched amongst a corrugated forest of auto shops and timber yards, it is shaping up to be the perfect place to for ESL to showcase the very best competitive talent, in front of a live studio audience. The end of Guild Wars 2’s inaugural Pro League season brought four teams to Studio One to compete for the first place prize and a share of a $100,000 prize pool. Rank 55 Dragons and Vermillion represented the best of the EU competition, having ranked first and second during the Pro league, while The Abjured and Team PZ carried the hopes of the NA audience with them. 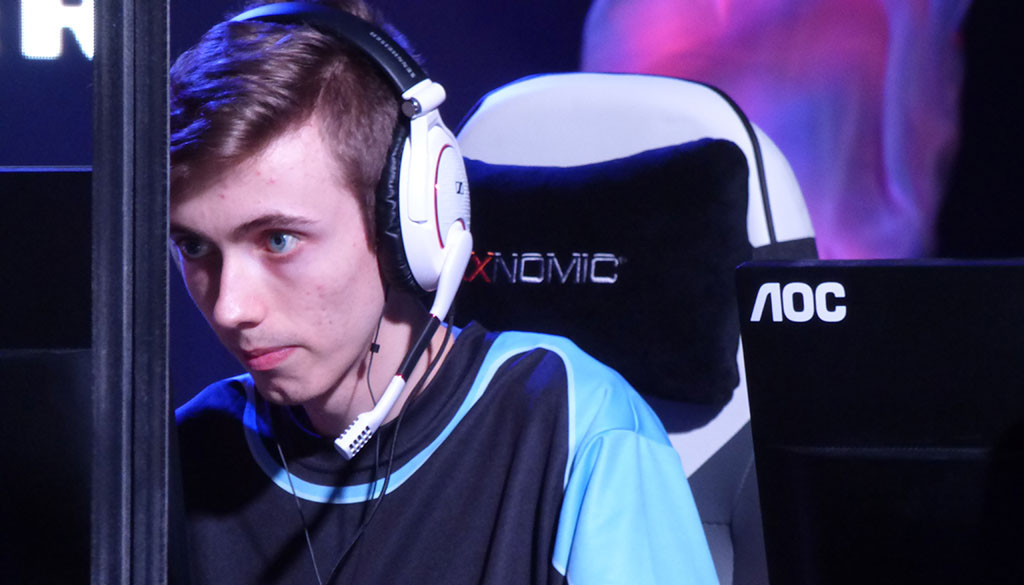 The introduction of the Pro League system heralded a significant change in the way ArenaNet curate competitive play in Guild Wars 2. After a radical overhaul of in game PvP systems, including the introduction of tiered progression, existing competitive formats were demolished and the foundations of a new partnership laid with ESL. The Pro League roadmap is fundamental to this partnership and was announced by Joshua “Grough” Davis and John “Logopai” Corpening on October 14th, 2015, as part of an official blog post. (https://www.guildwars2.com/en/news/announcing-the-esl-guild-wars-2-pro-league/) 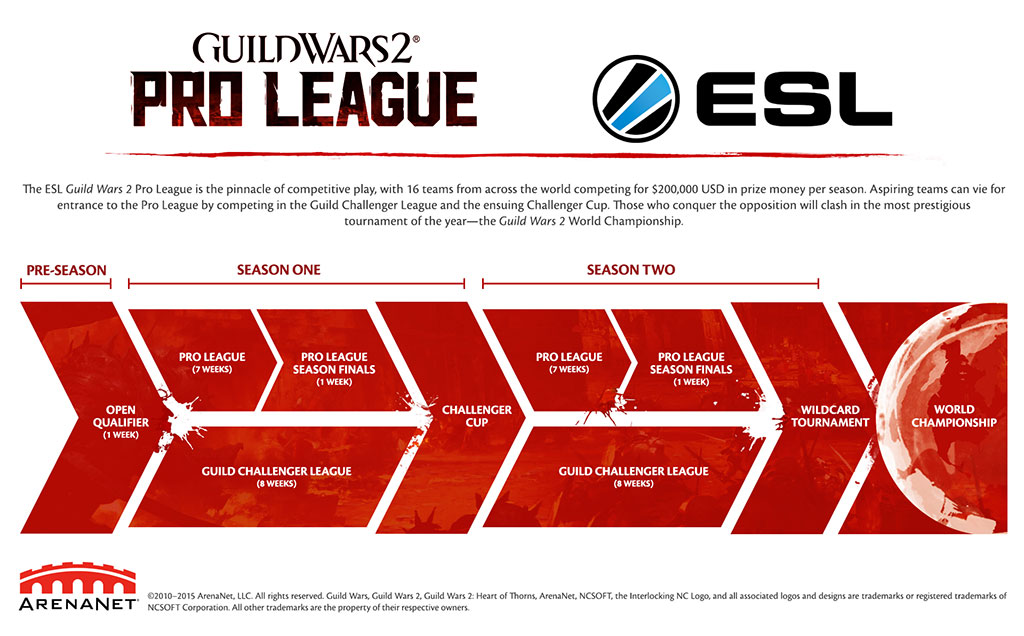 The inaugural Pro League finals brought the best competitors together and introduced some fairly significant changes to the tested format of previous World Tournament Series. Semi-final and final rounds are now single elimination and the best of five match format is spread over 4 maps, chosen by the competing teams. The winning team now takes home a $50,000 prize, a huge increase on previous competitions, and a new Pro League cup.

The competition format is not the only thing that changed for the Pro League finals. February saw substantial balance changes in game which disturbed a relatively mature meta. Out went bunker builds and slow creeping scores lines and in came DPS builds, high burst damage and a hefty avalanche of kills. With barely weeks to rework existing strategies, these meta changes had the potential to throw the Pro League finals wide open, and they really did.

The Abjured were considered by many to be the tournament favourites for this final and took full advantage of the meta changes, especially against their first opponents. Five Guage, Nos, Phantaram, Wakkey, and Magic Toker put Vermillion to the sword, early in the semi-finals. The Abjured’s repeated success in the World Tournament Series gave them a wealth of LAN experience and a definitive psychological edge over their first opponents of the day, Vermillion.

Despite taking the EU scene by storm and proving themselves entirely capable, Vermillion were decisively outplayed by The Abjured. An ultimately unconvincing outing saw Vermillion, going down with a deficit of over three hundred points on their first map. While Vermillion snatched a consolation victory during the semi-final, by pushing back the Abjured on the Temple map, they were consistently decimated during team fights and their performance did not improve.

After sweeping past their semi-final competition, the Abjured met sterner opposition in the form of Europe’s Rank 55 Dragons, during the final match of the day. Rank 55 Dragons, consisting up of Oracle, Levin, Texbi, Zan, and Mancow made their way to Leicester after ranking first in the EU Pro League season. They subsequently dispatched Team PZ in the very first match of the day to setup an NA vs EU final.

With three previous members of The Civilised Gentlemen, in their roster, Rank 55 Dragons were always going to pose a significant threat to The Abjured’s hopes of another international PvP victory. From the off, Rank 55 Dragons looked to be under pressure from the NA superstars, just as Vermillion had been the previous round. While The Abjured’s cries of encouragement reverberated around ESL’s Studio One, the Battle of Kyhlo was won by the Americans, scoring an early victory. 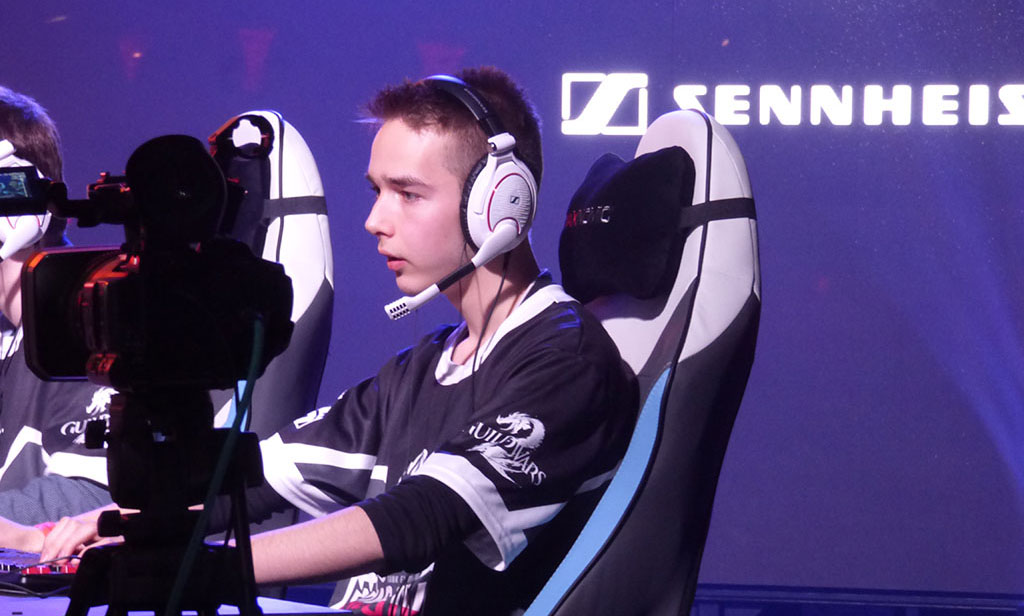 The Abjured showed particular strength in team fights, bogging down opponents in battles and hampering their ability to gain any traction. This team strength only stretched so far and as the remaining rounds kicked off Ranked 55 Dragons quickly adapted. They rotated well, refusing to get drawn into unrewarding fights and benefited from some fantastic holding actions from their resident Engineer, Zan.

After pulling back an initial loss, Rank 55 Dragons went on to chalk up victories on Forest of Niflhel and Legacy of the Foefire maps. The finals fell to Rank 55 Dragons after an outstanding performance on Temple of the Silent Storm, finished off with a triple point cap, for the first place prize.

Ultimately, whoever won the Pro League Final’s would have been a worthy winner and the impact of the Pro League Finals reaches further than middle England. The Pro League is a mature strategy, well implemented and providing great incentive to get involved. Several routes into the competition, a short competitive season, significantly increased prize pools, and an actively engaged audience makes Guild Wars 2’s Pro League a series worth watching or playing in. With season 2 on the way, pick up your sword or tune into Twitch for the next Guild Wars 2 Pro league.