Dragon Bash is Back in Guild Wars 2

Get ready to grab a keg or two, strum a lute and sing for all you’re worth, Dragon Bash is back in Guild Wars 2 and we got a head start on the revelry here at Gaiscioch.

For anybody unaware of the significance of Dragon Bash, it is one of the oldest instances of seasonal content that Tyria has to offer. It is also distinct to ArenaNet’s MMORPG. While Halloween and Christmas roll in and out of almost every online adventure, Dragon Bash is special. First envisioned as a way to ward off sullen spirits and celebrate the quelling of Zhaitan, this Tyrian holiday has sporadic outings to the game’s capital city over the last six years. With the rise of new threats and seemingly endless peril, there hasn’t always been a reason to celebrate. Now, with the conclusion of the latest Living World season, it appears that emotions are on an upward swing and Tyria wants a reason to party. It’s time to go bash a dragon. 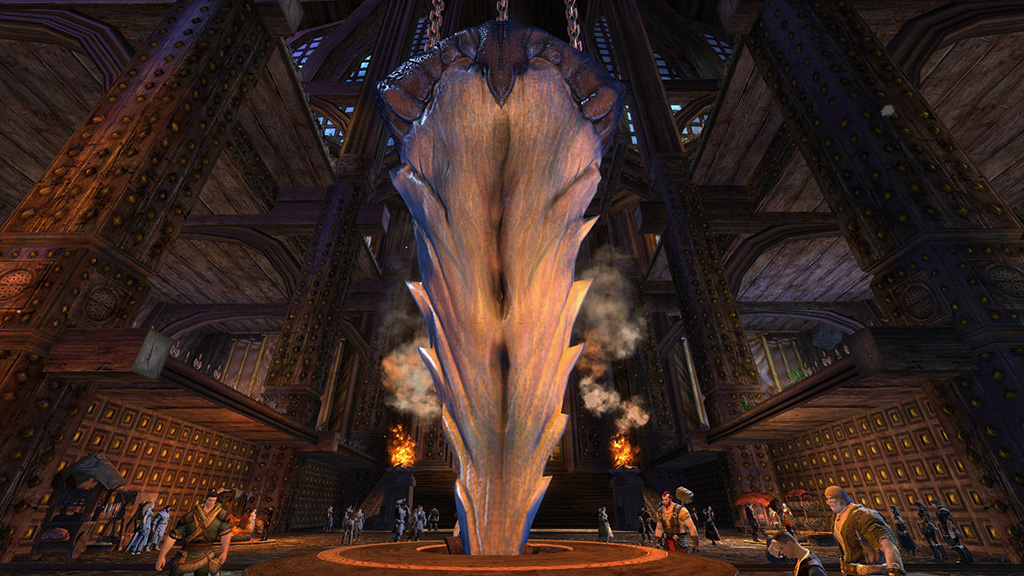 It is great to see Dragon Bash come back to Guild Wars 2 once again. Like Super Adventure Box, it’s a holiday that holds a special place in many Tyrian’s hearts and this season certainly aims to make itself memorable. This Dragon Bash is, however, not the same festival that some players might remember. ArenaNet has ported these festivities from the sprawling hub of Lion’s Arch to an arguably more fitting backdrop of Hoelbrak. The homestead of the Norn and site of Jormag's tooth, the Dragons have always held sway in Norn ritual more than the rest of the races. It makes perfect sense that these great hunters would host the party to end all Dragons.

Entering Hoelbrak, the default decorations around this city look a little different for Dragon Bash. Banners trace around homesteads and lodges, fireworks are planted throughout the city, and bright pinatas hang just waiting to be brought down. Right in the center of the city’s Trade Common, a massive Asuran holographic projector perches on a turntable, propelling an enormous image of Kralkatorrik around the boundary of the Norn city. Despite this, it’s the first few chords of the Dragon Bash Theme that bring back memories of old. If you’ve not seen the behind the scenes recording of this ditty, check it out here.

Three obvious events are open to players that are out to experience dragon bash. Each of these is a variation on a classic Guild Wars 2 activity tweaked for the current theme. A Dragon Bash mount race is ready for players to blitz around Hoelbrak, checking out the sights, and listening to snippets of local legends as you fire past other attendees. The race itself is relatively straight forward and will suit Raptor and Roller Beetle mounts. The long straights, very occasional tight turn and an awesome bit of air mean anybody who has the insectoid addition to their collection will feel at home hitting turbo off the start line. 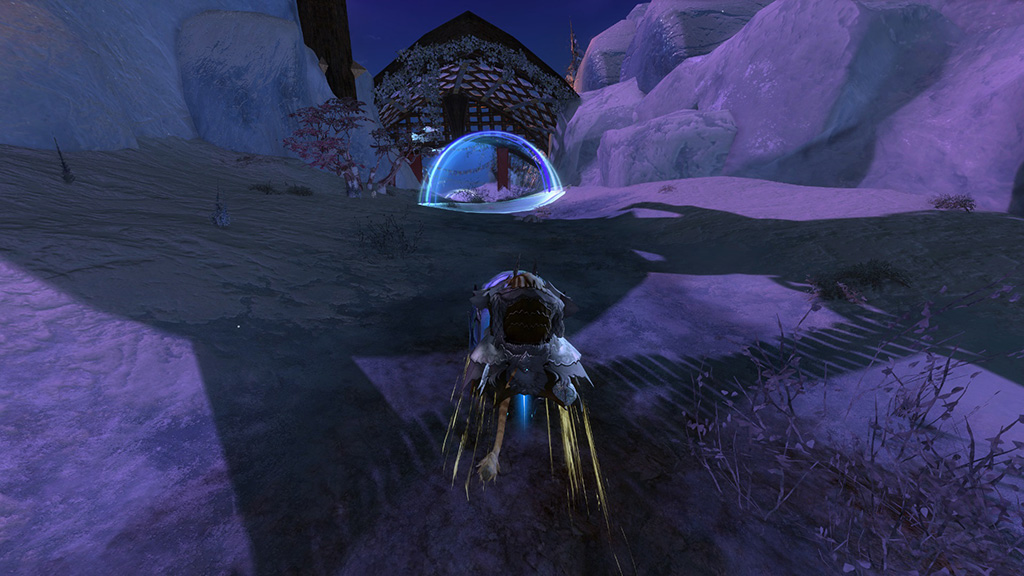 Two more activities await revelers, neither of which are going to trouble a brawl of Norn. The Dragon Bash Arena sits in place of the traditional Norn Keg Brawl at the northern tip of Hoelbrak and is a survival challenge of sorts. Best approached with a team of 5, it pits the bravest of warriors against holographic opponents. Unlike the illusions of the Queen’s Gauntlet, this challenge sends waves of Asuran magic at players all in the form of the mightiest dragon minions.

Finally, Moa Racing is back, and why not. Take a trip down to find your favorite and gamble a little coin. Who knows what you might win.

Win big and there are plenty of prizes in store for those with a mass of Zhaitafy. Traders all over are ready to trade up for the normal cluster of Dragon Bash objects, foods, and festive trinkets. It’s also notable that legendary shards are also available, and volatile magic can be consumed instead of the chewy treats.  This potentially makes Dragon bash an easy win for anybody working on Living World rewards or even loftier goals. 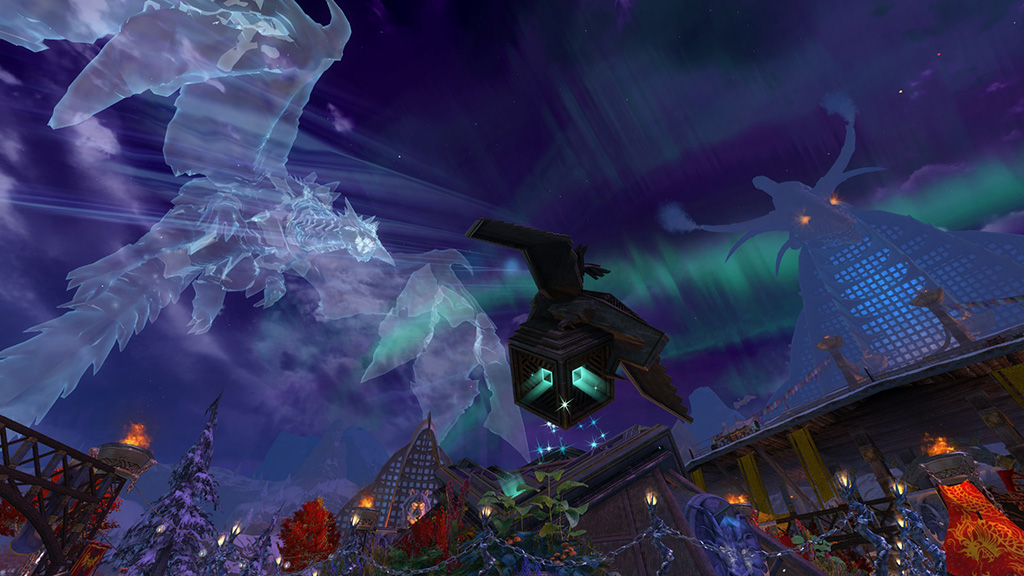 Dragon Bash is a celebration and as a result, it is a pretty easy going holiday. We were a bit disappointed by the seeming lack of Dragon Ball and the ease with which experienced players will chew through the Dragon Arena. However, there is a simple joy in smashing a paper dragon that can’t quite be described. Grab A stick, find yourself some friends and come sing along with the rest of us. Bash the Dragon, maybe just marvel at the decoration as it certainly beats my Christmas lights. 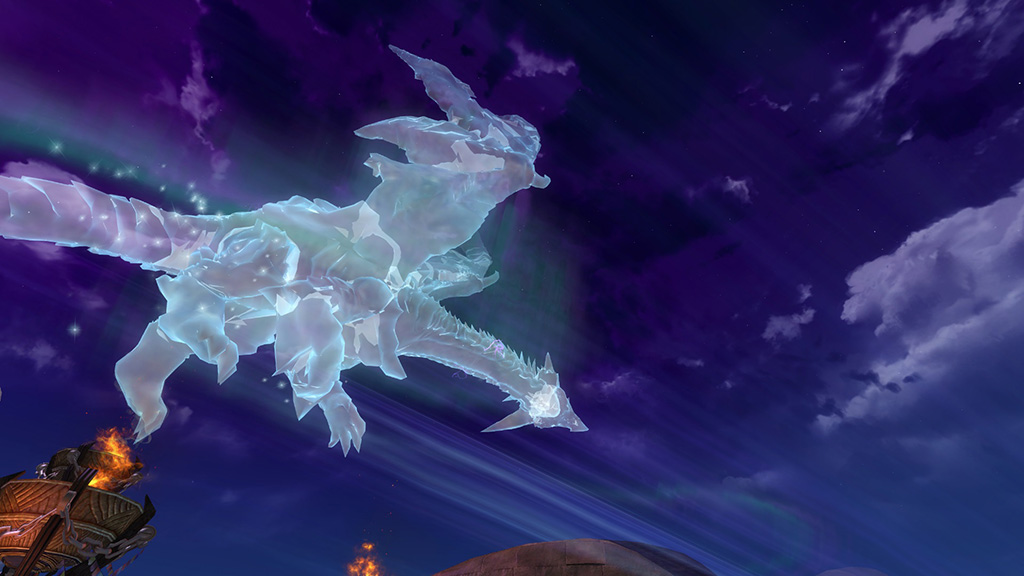