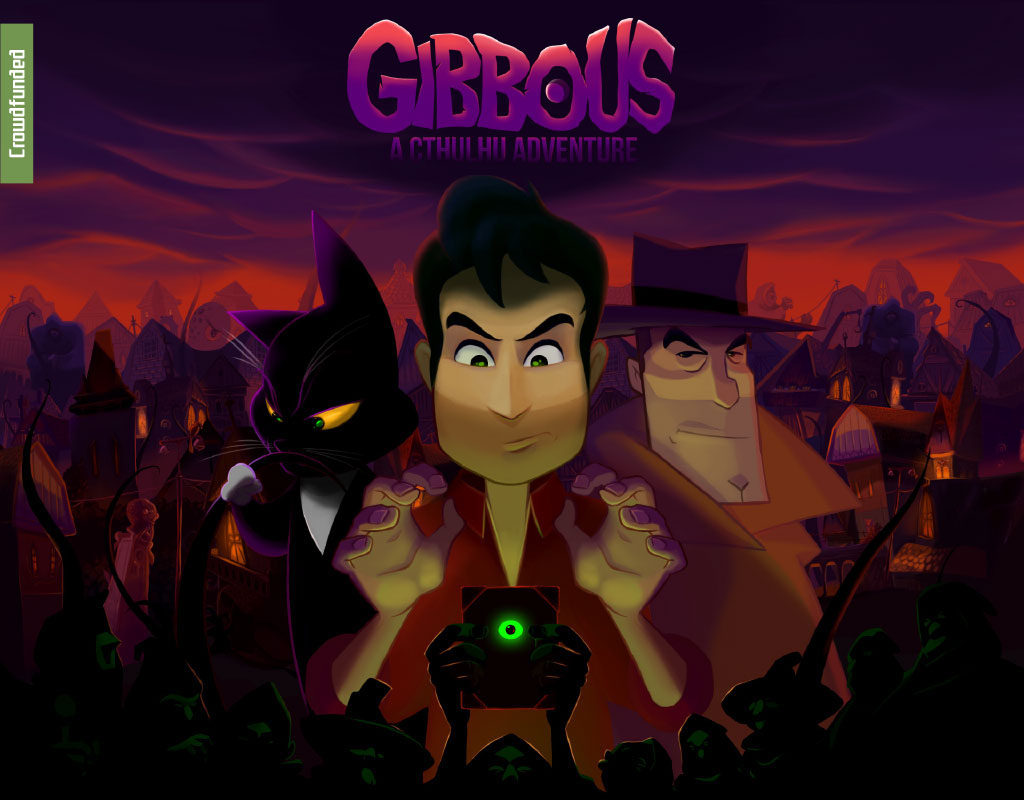 Were you a fan of those old Lucasarts adventure games like Grim Fandango and The Secret of Monkey Island? Gibbous is an ambitious new Kickstarter graduate out of Transylvania, Romania. It’s development studio, Stuck In Attic, has set out to make a Cthulhu Adventure that is filled with suspense, humor, and a rich story. The entire game has been rendered in traditional frame by frame animation. Its detailed hand painted background art sets the stage for this point and click adventure.

Stuck In Attic set out to raise Fr 39,270, and over their 30 day campaign raised Fr 53,862. Curious gamers can download their demo directly off their Kickstarter page. Gibbous will be available on Windows, Mac, and Linux platforms.