The latest addition to the Tom Clancy universe is a bit of a mixed bag for many players. While the solo experience fall short due to the less than bright AI of your squadmates and the endlessly childish remarks they provide to the conversation, the real beauty of this game shines bright when you join a friend in it's drop-in drop-out cooperative gameplay. 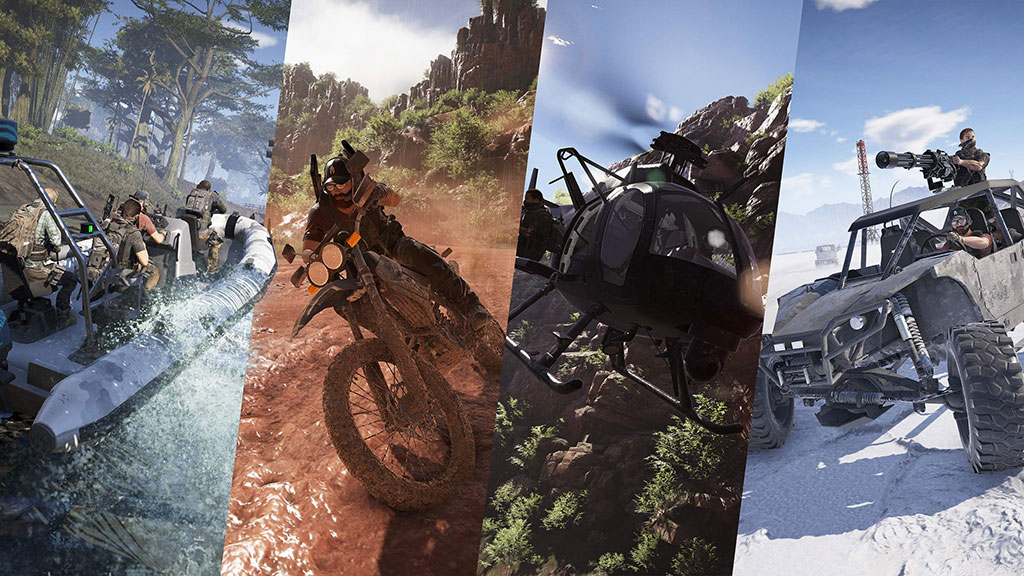 The gameworld is a massive recreation of Bolivia set in a fictional setting. Yes people speak spanish, yes they call it Bolivia, but that’s about where fact stops and fiction begins. This is such an over the top plot that pits players against a cartel network led by a delusional religious zealot turned gangster.

The villains are as evil as they get, and very easy to dislike. There are several that you'll be left saying, did they just go there? All in all I found the missions engaging and fun as long as you have a friend playing with you. When I went at them alone I found them frustrating. The story will pull you forward and you'll be left saying "Just one more" a lot. I can't tell you the number of "extra hours" this game managed to get out of me.

While I don't think I could honestly say this is the best Tom Clancy storyline, I don't feel it was that bad. I would say probably a 5 out of 10. I can think of a handful of games that are much worse in the plot department. Think of it like the Expendables movie. You're not going to see it for the plot, you're going to see it because of the over the top action. This is what Wildlands does best. The story merely sets the canvas that you will paint upon.

The gameplay in Wildlands is very familiar to anyone that has played a Ghost Recon game. This edition throws a dash of Just Cause into the mix giving you the ability to explore a vast world, blow up a lot of stuff, and have some hilarious engagements in the process.

Wildlands is best played with friends and I would not advise playing alone. You'd be really doing yourself a disservice and I doubt you'd have the same experience as you would bringing a friend along. This title really shines as a cooperative title and should be played that way for the best possible experience.

There is a vast world to explore with every type of terrain you could think of. There are random events that spawn in the world to help you build resources and experience and there are caches of weapon parts, weapons, skill points and medals around the world for you to collect and discover. On the weapon side, there are hundreds of combinations of weapons and accessories to give you a customized experience tailored to your gameplay style.

While I'd give the solo gameplay a 5 out of 10, I'd give the cooperative gameplay a 9 out of 10. It is a vastly better game without the useless AI teammates ruining the show. I would give it a higher rating if you could turn the AI off.

During your time playing Wildlands you will enjoy positional sound where you can hear exactly where someone is shooting from. The directional sound system is phenomenal.

That said, there are several settings that were introduced post launch that you’re going to want to play without the gate. The radio is atrocious. It's like some 7th grader played FarCry 4 and decided to make it even more obscene, to the point of being straight ridiculous. I'm all for a little humor and admit vulgarities go a long way to create humor if done right. However they missed the mark so far off base that they likely hit the person standing behind them trying to hit that target. I don't know that it possibly can get any worse.

The radio in this game was the leading reason I drove every car off a cliff to make it stop. Fortunately Ubisoft heard the legion of cries for a feature to disable it and threw in a handy toggle to turn radios off. This was the best thing they've added to the game since launch. 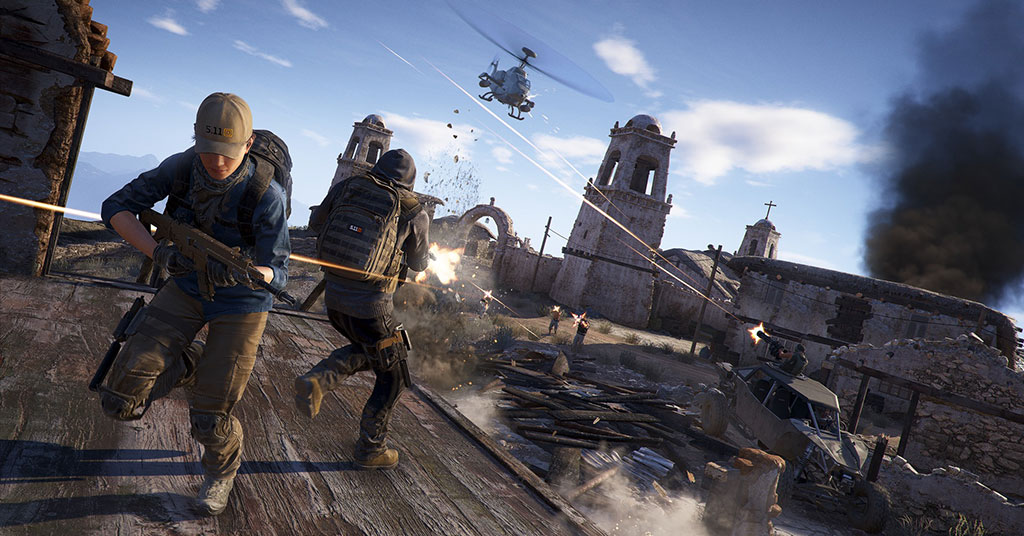 Wildlands definitely is not without its struggles and as a solo game I would not recommend this to anyone. However, if you enjoy a good cooperative game like Army of Two or Halo, or perhaps wish that Just Cause 3 was multiplayer, then this is a must play title. There is much to love in the cooperative experience and I can personally endorse picking this one up to play with your friends in good conscience. It is a huge game with a lot of world to explore and a lot of interesting situations for a group of friends to create some hilarious moments in. The bottom line is this game is crazy fun with friends, and I highly encourage you to try it with your crew.

The radio is enough to make someone quit playing but fortunately that can be turned off now. The single player experience is a less than desireable one, and there are a few bugs that can spoil the experience rather quickly.

The Cooperative Gameplay is by far the biggest shining light in this game. The audio minus the radio is great, and there are a huge number of guns and accessories to customize your arsenal. This is the Just Cause Multiplayer we kept wishing we had. It offers a huge world for your friends to explore and dozens of missions waiting to be completed. The drop-in / drop-out multiplayer is awesome and you never skip a beat. There are a lot of bright lights in the win column surrounding the cooperative side of the game.

Create a team with up to 3 friends in Tom Clancy’s Ghost Recon® Wildlands and enjoy the ultimate military shooter experience set in a massive, dangerous, and responsive open world. You can also play PVP in 4v4 class-based, tactical fights: Ghost War.