Gaiscioch Targets Tamriel for its Next Major Community Event 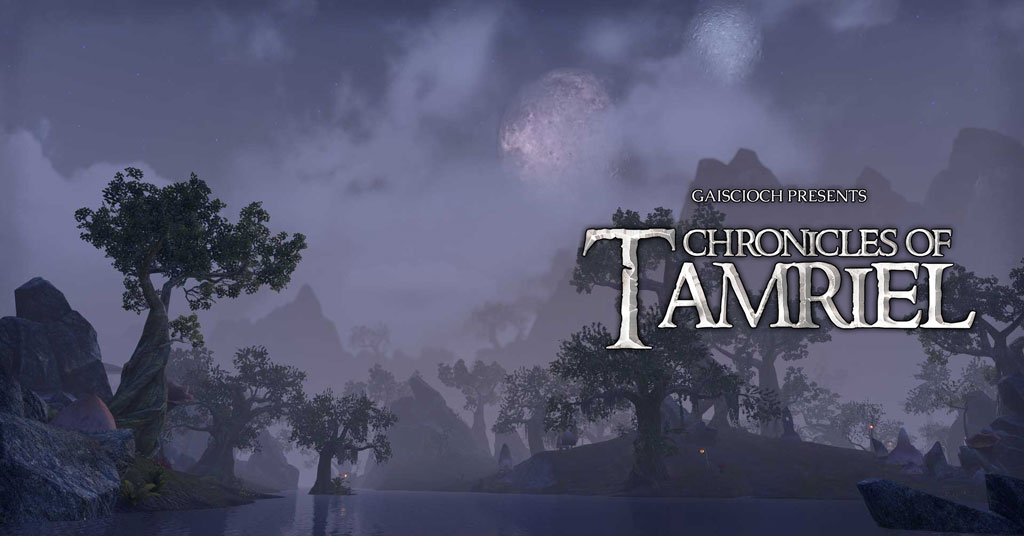 FOR IMMEDIATE RELEASE - FEBRUARY 28th, 2018 - From the bowels of the Black Marsh, heroes are forged. A band of strangers rallies to the call of battle to make a stand against Molag Bal, preventing the destruction of Tamriel. Legend has it that Hroldin the first of the Direfrosts, possessed three relics that were imbued with great power. Hroldin's sword never missed its mark and could shatter any metal. His cloak gave protection to his people, such that they would never be attacked by an outside force. His crown brought wealth and prosperity to his people.

In his final days, he tasked his bravest warriors to scatter these relics across the land. One to Skyrim, one to the Black Marsh, and one to Morrowind. His hope was that the witches he had hunted for the length of his life, would never find these relics and possess their power.

Alas, years later we stand on the brink of destruction as Molag Bal tears Tamriel apart. The relics must be reunited and brought to the resting place of Hroldin in Windhelm, where the prophecy states a great king will rise from blood and battle and will become the savior of the people of Skyrim.

Our adventure begins with an unsuspecting slaver, by the name of Rendrasa, who’s about to find his business turned upside down when a band of warriors frees an Argonian that stumbled on information about the location of Hroldin's Sword.

Through the course of the event series we hope to explore some of the unknown chapters in the Elder Scrolls universe, while providing an entertaining 2-hour event to the Elder Scrolls Online Community. While lore offers a framework to the event, the primary focus of the event is on providing players with an overwhelming amount of loot and achievements. The event will focus on defeating world bosses and dark anchors with the occasional trip to a nearby skyshard. For participating in each event, players and viewers will earn a raffle ticket that can be used in the grand prize raffle. They will also be entered into the weekly and chapter raffles. Prizes will range from a hundred thousand gold to several million.

If the event is successful and players wish to continue, Chapter 2 will head to the Aldmeri Dominion to connect another piece of the puzzle. We hope that players enjoy this highly social event, and we welcome feedback on how we can improve the experience.

Learn more about this event and sign up at:
https://www.chroniclesoftamriel.com/

The Gaiscioch have been a premier provider of large scale Public Community Events in the MMO scene for over 16 years. Their most notable community events include "Battle for Badlands" in Warhammer Online, "The Telara Saga" in RIFT, and the "Great Tyrian Adventure" in Guild Wars 2. Their events have gained the attention of thousands of players and media sources and have been enjoyed by over 2,800 registered players. Each event is designed to entertain over 100 players each week and provide rare opportunities to experience unseen content, collect rewards, and engage in large scale content.