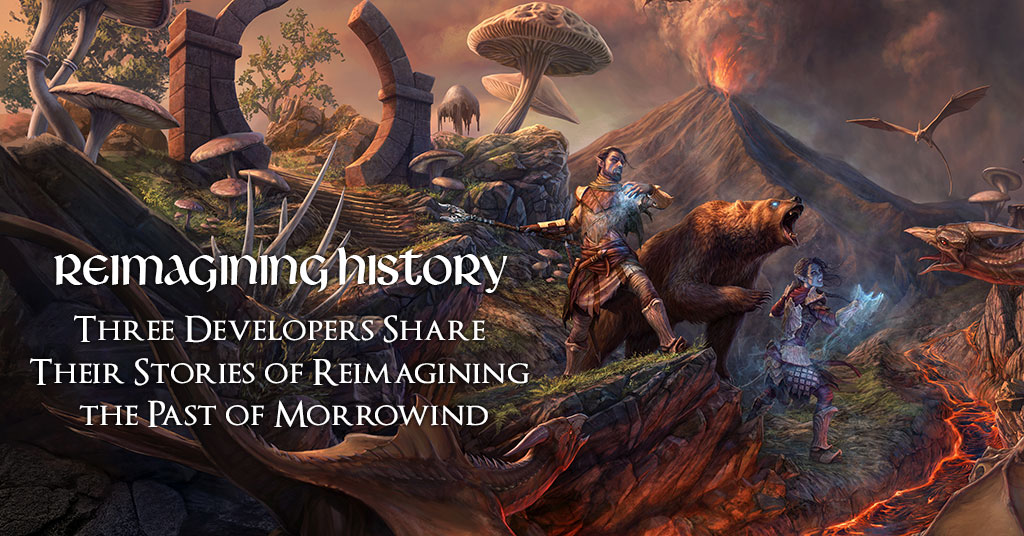 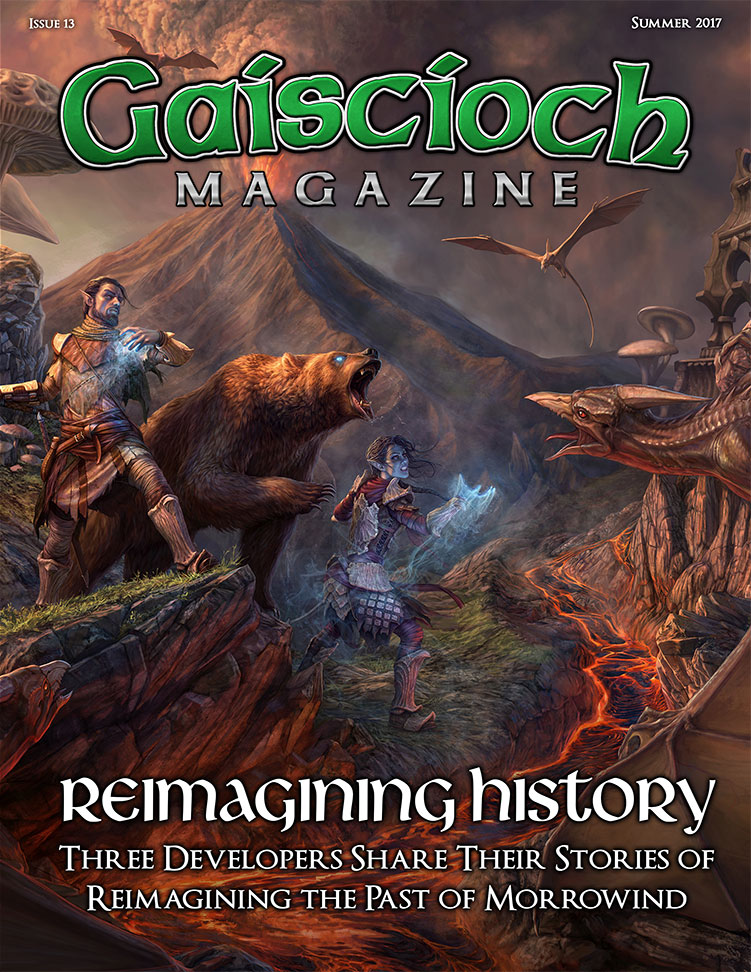 FOR IMMEDIATE RELEASE - July 31st, 2017 - The Gaiscioch Social Gaming Community is proud to announce the release of its 13th issue of Gaiscioch Magazine. As they kick off our fourth year of publishing we speak to three developers from ZeniMax Online Studios about the Reimagining of Morrowind. They take a look at the perspectives of an artist, lore writer, and producer.

Other interviews this month include: YouTube star TheHiveLeader, the gaming community Sinister Swarm, Keaton White of City of the Shroud, Jon Davies of Coatsink about their new title Augmented Empire, and McKenna Berdrow with Grant Gertz about Guild Wars 2's WvW and PvP improvement.

Gaiscioch Magazine takes a sneak peak at Augmented Empire, City of the Shroud, Redeemer and Tetra, Elemental Awakening. They check in on the crowdfunding universe with a quick peak at Ashes of Creation, Pathfinder: Kingmaker, and Pillars of History. In the review section you can see their perspective of Tom Clancy's Ghost Recon Wildlands, Outlast Trinity, Sniper Ghost Warrior 3, Stationeers, Styx: Shards of Darkness and see their top picks for Summer 2017.

You can also find the tradition Elder Scrolls Online, Guild Wars 2 and Rift chapter sections filled with previews, interviews, and guides. At the back of the magazine you can find real life gamer stories speaking of the challenges that gamers face. Lastly we share the story of Gaiscioch Football's amazing comeback season that ended with their 3rd Championship title and a center who became the new quarterback.

Gaiscioch Magazine continues its quest to bring you the real stories and passions behind gamers and developers. If you have an idea you'd like to share, a game you'd like us to feature, or a story you would like to tell, please contact us at: magazine@gaiscioch.com. Be sure to visit https://www.gaisciochmagazine.com/ for the latest magazine articles and gaming news from fan favorite sites around the globe.

Our editorial focus is unique in approach, as we focus on the full spectrum of a gamer’s life. Not just in the games we play, but also in our lives out of game. Words of inspiration lace our digital publication. We feature music, movies, athletics, charity involvement, life perspectives and real world tradecraft including cooking, arts, crafts and business resources.

The Gaiscioch were founded in 2001 in the MMORPG classic Dark Age of Camelot as a social community based upon Irish folklore. Since its inception, the Gaiscioch have grown to over 7,500 members in 68 countries. For more than a decade they have devoted their community toward creating a fun and enjoyable environment while using their reach to host public inclusive community events, and real world charity events. With a strong focus on community, their endgame goal is to create memories, friendships, and participate in the overall success of the community both in game and out. It is through gaming, and social interaction that we forge new friendships and relationships.