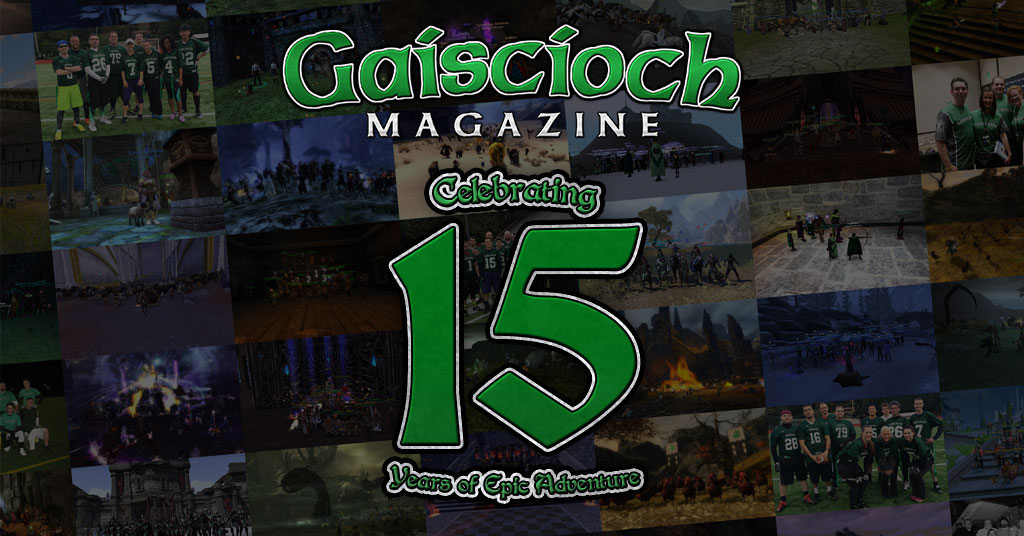 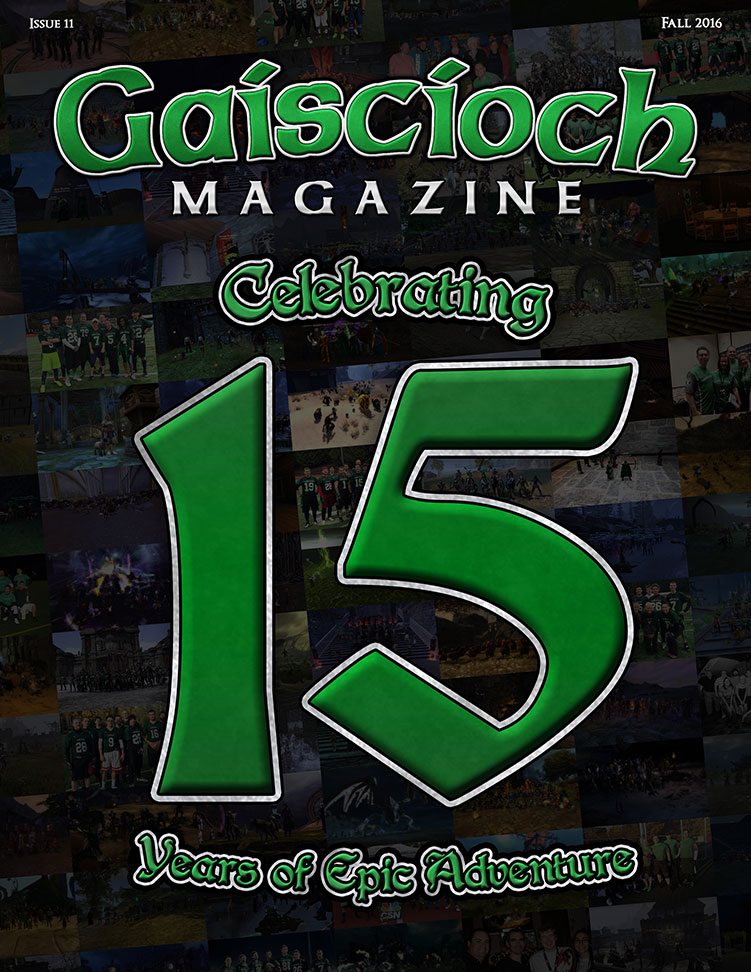 FOR IMMEDIATE RELEASE - December 21st, 2016 - The Gaiscioch Community wishes you a Happy Holidays and safe travels. We are pleased to announce the release of Gaiscioch Magazine Issue 11: Celebrating 15 Years of Epic Adventure. In this issue we tell the story of our budding community and how it grew to become what it is today.

This issue's feature story takes us into the workshop of Enayla Cosplay to learn from her masterful craftsmanship. We also share the spirit of charitable work with interviews from SpecialEffect and Game Changers.

Professional streamer AngerBeard and professional gamer James Dean share their stories of success and gaming with us. We also take an in-depth look at the benifits of gaming that mainstream media loves to ignore.

With the release of RIFT Starfall Prophecies, we also dive in with a new player guide, a guide currencies and a walkthrough to the nightmare saga act 1. We also reveal plans for the return of the Telara Saga, a 10-week public community event hosted by Gaiscioch.

Deeper within we have a hands-on sneak preview of Shu, Lost Ember and Yesterday Origins. We take a look at some of the latest games to become available including Tiger Knight Empire War, Yomawari Night alone, Sims 4: City Life, Ori and the Blind Forest, and We Happy Few.

Gaiscioch Magazine continues its quest to bring you the real stories and passions behind gamers and developers. If you have an idea you'd like to share, a game you'd like us to feature, or a story you would like to tell please contact us at: magazine@gaiscioch.com. Be sure to visit https://www.gaisciochmagazine.com/ for the latest magazine articles and gaming news from fan favorite sites around the globe.

The Gaiscioch were founded in 2001 in the MMORPG classic Dark Age of Camelot as a social community based upon Irish folklore. Since its inception, the Gaiscioch have grown to over 7,000 members in 68 countries. For more than a decade they have devoted their community toward creating a fun and enjoyable environment while using their reach to host public inclusive community events, and real world charity events. With a strong focus on community, their endgame goal is to create memories, friendships, and participate in the overall success of the community both in game and out. It is through gaming, and social interaction that we forge new friendships and relationships.