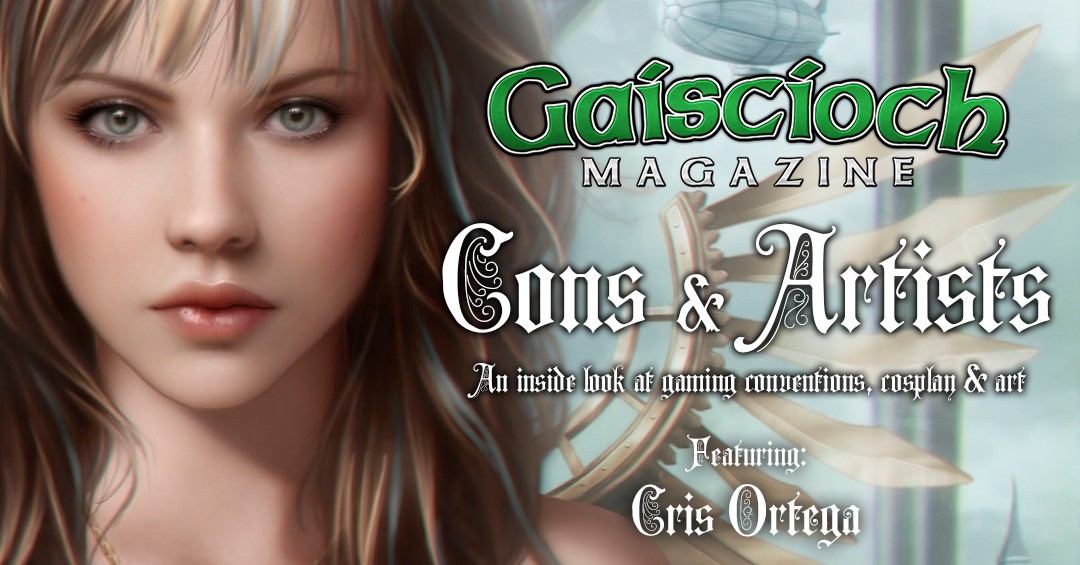 FOR IMMEDIATE RELEASE - SEPTEMBER 25th, 2016 - The Gaiscioch Social Gaming Community is proud to announce the release of its 10th issue of Gaiscioch Magazine. In this issue they look into the world of Cosplay, Conferences, and Digital Art. Headlining Issue 10 is an exclusive interview with legendary digital arts pioneer, Cris Ortega.

In Gaiscioch Magazine’s first official year as a recognized member of the press, we took to the conference scene in both the east and the west side of the Atlantic bringing forth a 30-page spread of the best of Gamescom 2016 along with a 23-page guide to PAX West. As any convention scene is also a huge player in the cosplay scene, the Gaiscioch Magazine set out to locate the best and brightest cosplayers and artists from Gamescom and PAX West. We compiled a special section with their favorites along with interviews with European cosplay sensations Kazy Cosplay and Demorafairy Cosplay.

On the gaming side of this issue we feature 30 previews, 6 reviews, 2 guides, and exclusive interviews with Scott Hartsman, Simon Ffinch, Christopher Junior, JC Baillie, Brad Auty, Samuel Wall, Danny Garfield and Twitch.tv sensation Pianoimproman. We even threw in a few recipes in case you get hungry while reading.

Gaiscioch Magazine continues its quest to bring you the real stories and passions behind gamers and developers. If you have an idea you'd like to share, a game you'd like us to feature, or a story you would like to tell please contact us at: magazine@gaiscioch.com. Be sure to visit https://www.gaisciochmagazine.com/ for the latest magazine articles and gaming news from fan favorite sites around the globe.

The Gaiscioch were founded in 2001 in the MMORPG classic Dark Age of Camelot as a social community based upon Irish folklore. Since its inception, the Gaiscioch have grown to over 7,000 members in 68 countries. For more than a decade they have devoted their community toward creating a fun and enjoyable environment while using their reach to host public inclusive community events, and real world charity events. With a strong focus on community, their endgame goal is to create memories, friendships, and participate in the overall success of the community both in game and out. It is through gaming, and social interaction that we forge new friendships and relationships.