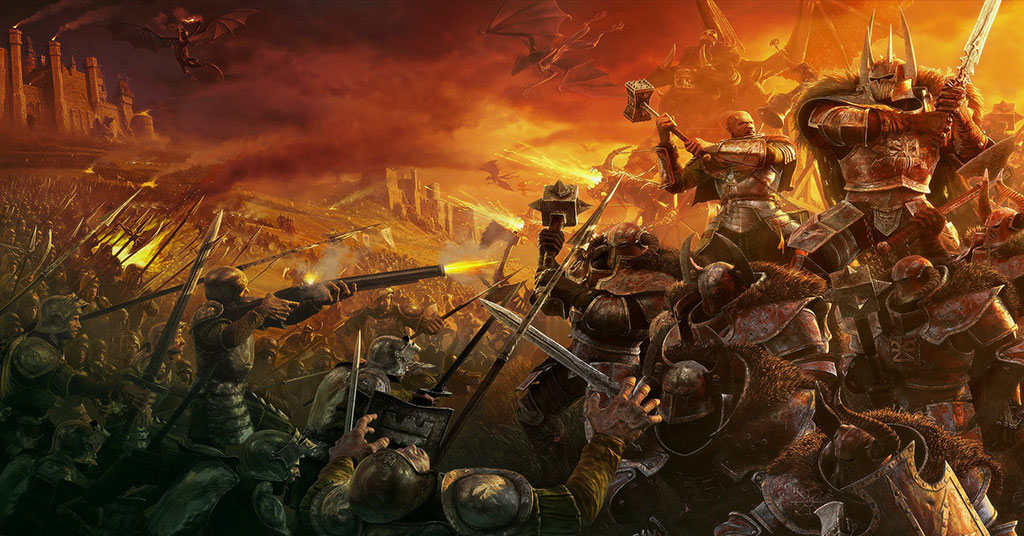 The team at Creative Assembly brought a glimpse of the latest incarnation of Total War to EGX Rezzed recently and Gaiscioch were lucky enough to enter the fray with this monster. London’s Tobacco Docks is not the sort of place you would expect to see Orcs, Vampires, and zombies duking it out to The End Time, but this is Total War: Warhammer.

Warhammer is a property that generates joy and trepidation in equal measure amongst many gamers. Yet, despite a patchy gaming history, it still manages to instil an, almost, religious dedication amongst fans. Now, Total War: Warhammer looks to deliver a satisfyingly authentic Warhammer experience to gamers.

Total War: Warhammer builds on the existing Total War franchise, pitting classic Warhammer races against each other in a strategic campaign and multiplayer encounters. While fans of Total War will feel accustomed to the Total War approach, this game is demonstrably different to Total War: Attila. Gone are the cavalry and archers, and in come the doomdivers and zombies. Politics and trade remain, but zombie, steam tanks, dragons, bats, ghouls, and orc cannon fodder change the way that players approach the combat.

Total War: Warhammer is a fun, fresh approach to the Total War franchise that meets the expectation of a Warhammer gamers. It is clear that the team at Creative Assembly had a blast working on this and I spent some time chatting to Richard Aldridge, Senior Designer on Total War: Warhammer, about that very subject.