Fear, and why it's necessary to our growth 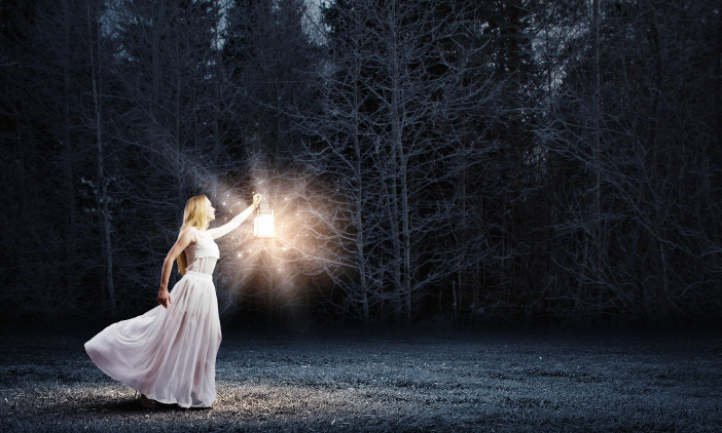 There are many historical figures who have thought deeply about the nature of fear.  It is upon their efforts that I have built the following, and I wish it to be noted that their own thoughts, conundrums, and dialogue were not only sources of inspiration... but that I write this with great respect for them.  Without them my attempts at understanding this topic, as well as the understanding of our society as a whole, would be lesser.  Therefore, before beginning this article, I wished to include this note.  For those who have inspired, thought, and passed on to us so much wisdom throughout history, I thank you.  It is upon your shoulders that I stand today, and while my thoughts may at times disagree, it is only because I have seen so many viewpoints that I am able to reach beyond my own experiences.  I hope to do justice to that legacy.  With that in mind, I have included many quotes from the people who have inspired my own thoughts.  They have my gratitude.

P.S.  I have made the names of the types of fear up myself, as I did not find a reference that suited my thoughts.  Thus they are not official terms.

Fear is an enigma.  It is something that many people would love to avoid, but something that people also seem to seek.  It drives us, sometimes to folly, and sometimes to wisdom.  It is not uniquely human to fear, but humanity alone on this Earth seems to possess the ability to create terror for themselves.  In looking at fear, then, I feel we must make some distinctions.  Not all fear is equal.

The first type of fear is that which every living organism seems to express.  That is the fear brought on by an imminent threat to survival.  We can call it reactive fear.  Plants grow away from danger, some literally move themselves within minutes of damage.  Animals will flee or fight for survival, and humans are no exception.  This is that reaction we cannot control, the one where you jump when startled.  It shows in different degrees for each individual organism, although there does not seem to be much research on why some are more susceptible to this fear.  As a survival instinct, it is great.  However, this fear really doesn't teach us much about anything other than immediate survival.  About the only thing we can really do is play silly jokes on one another... and the truth is that those we tease about reacting actually have some of the strongest survival mechanics in our species.

The second type of fear is projected fear.  “Fear is the mother of foresight.” -Thomas Hardy.  This is taking the first fear, and equating it to some other situation.  In other words, it is a proactive version of self preservation.  We know that we could die from something, so we decide we fear it.  “Avoiding danger is no safer in the long run than outright exposure.  The fearful are caught as often as the bold.” -Helen Keller.  This fear, however, is controllable in most cases.  It is here that we first find value in looking deeper into our fears.  I will discuss that thought more, but first...

The third (and final) type of fear is regressive fear.  This is a fear not of death, but of failure, discomfort, and pain.  This fear is also something we can control and overcome.  This is the fear that is felt with things like stage fright, going on a first date with somebody you really like, or trying to start a new business.  It is probably the most thought about type of fear, and the one toward which the most quotes apply.  “Ultimately we know deeply that the other side of every fear is freedom.” -Marilyn Ferguson.

Examining our fears is important.  It can teach us many things, and yet it conflicts with some of the most poignant and ubiquitous quotes about fear.  I find myself in a love hate relationship with quotes like the one uttered by President Roosevelt that “All we have to fear, is fear itself.”  On the one hand, it expresses so deeply that facing up to what we have feared and moving forward is key to growing as a person.  On the other hand, it avoids the possibility that not all fear is bad.  However, when I start looking at fear closer, I find that the two ideas are not separate.  Instead, they are so intertwined that they cannot truly be split apart.

When we face our fears we grow.  However, to do that we must know our fears.  Our fears tell us where we are weak, and knowing where we are weak allows us to attempt to become stronger.  To do this, we must not fear our own fears, but rather embrace them as a mechanism for self improvement.  “Find out what you are afraid of, and go live there.” -Chuck Palahniuk.  This is true of both the second and third types of fear.  The first, of course, is merely a reaction.

Bravery and courage are often used to describe somebody as fearless.  I feel this is a misuse of the words.  They are not the same.  Courage is facing the thing you are afraid of, and continuing despite the feelings of fear.  “Courage is a peculiar kind of fear.” -Charles Kennedy.  Bravery is not merely running forward without thinking about your risks, but accepting those risks because of the benefit you can provide for other people.  “I’d rather give my life, than be afraid to give it.” -Lyndon Johnson.  When we value fearlessness, we accept fear as something of no value, from which we can learn nothing.  “It is not death that a man should fear, but he should fear never beginning to live.” -Marcus Aurelius.  Fearlessness makes either of these topics a cheap emotionless void, accomplished only by throwing away a portion of ourselves.  “There is nothing that fear and hope does not permit men to do.” -Luc de Clapiers.

The stories that stick with us are not the ones where somebody is void of feelings.  They are the ones where we overcome.  The tales where somebody has pushed back against their terror, and done something amazing.  Fear is inspirational when overcome.  In fact, our own fears become what drives that inspiration.  “There is no hope unmingled with fear, and no fear unmingled with hope.” -Baruch Spinoza.  Whether projected or regressive, our fears tell us that something was difficult beyond the mere physical effort required.  “Fear makes us feel our humanity.” -Benjamin Disraeli.

This demonstrates exactly how important fear is to helping us grow.  To break your personal barriers, to overcome, to grow.  Each of these requires something to push against, and fear is one of the most common barriers we face.  We gain the second and third types of fear as part of our reasoning, a function that comes with self awareness.  With that sentient nature, we then find ourselves faced with a life that is lived less on instinct.  We come, eventually, to a point where this awareness, and the new types of fear we develop, can become more important than that survival instinct.  It is here that we gain selflessness.  “There are times when fear is good.  It must keep its watchful place at the heart’s controls.” -Aeschylus.

It may seem odd, that selflessness is the result of fears, but the more that we learn about societies where selflessness is exemplified it is one of the only two means to reaching that point.  For example, in human culture, when we overcome the fear of one another doing something bad, and bond together, we form groups.  These groups can be of varying sizes, and as they grow we run into problems where the fear returns as we do not know all the people involved.  The other method is that of complete subservience, much like an insect hive, where the only purpose of the majority is to promote the welfare of the group.  In the human cases, it is from our own understanding of pain, rejection, or relief from the fears which we ourselves have felt.  We learn to overcome our instincts to some degree very early on, and that shows that the fears we experience are incredibly powerful.  It is little wonder, then, that pushing past them is so very difficult... and so very inspirational.  “The fear of death follows from the fear of life.  A man who lives fully is prepared to die at any time.” -Mark Twain.
Fear is not something which we should avoid of itself.  It is the catalyst of change, the harbinger of weakness, and is not a pleasant feeling, but it is also one of the greatest hopes for obtaining a deep understanding of one another.  “My fear is my substance, and probably the best part of me.” -Franz Kafka.

It is my deepest hope, that I have given each and every reader of our magazine something to think about.  That each of you will find some measure of resolve in this, and also that you will act upon that.  May you grow as a person, and may those of us here at Gaiscioch magazine grow with you.  Toward your bravery, your courage, and whatever personal barriers you may break, you have my respect, and my encouragement.
CARPE DIEM!