Beginners Guide to ELEX: How to kill yourself, or not. Your choice!

First, what is ELEX?

Elex is the titular element of the new Pyranha Bytes post apocalyptic RPG. For those who might be familiar with Gothic or Risen, you will find some similarities here. Specifically, if you are familiar with the older Gothic games, where going off and facing the wrong foes is a sure way to get yourself killed. Elex offers a variety of difficulties, which will help mitigate that frustration a little for those just looking for the story, and which at the upper end can offer a wonderful challenge sure to drain off your consumables for veterans. As the titular element, Elex plays heavily into the story, and can serve to empower you… at a cost. It poisons the earth, preventing plants from growing, and in the same manner kills emotion. You have choices in the game. You can embrace technology, or reject it. You can fight with magic if you would rather.  But first you have to gain the trust of those who can offer such bounty to you.

I’ll add right here that this game comes with a language and subject matter warning. If you are going to have problems with cursing, drugs, and other fairly mature subjects this is probably not the game for you. Don’t play it in front of people who you would not want to expose to that either!  This is definitely an 18+ game. 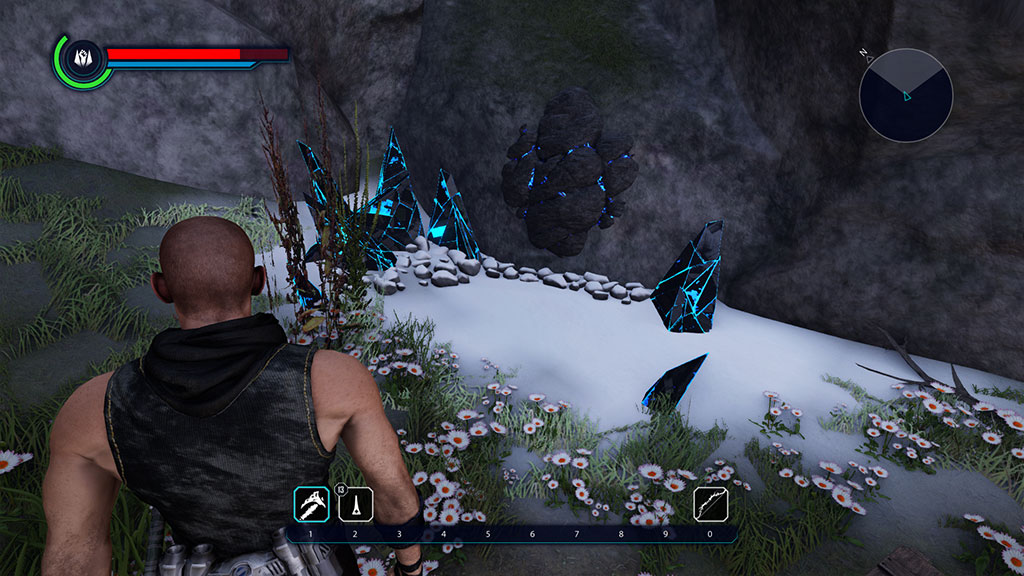 Okay, so tell me about the game!

At the start you lose everything you had, except your looks. If you consider the single character that you can play as having good looks. That’s rather subjective!  All you have left is a metal pipe that you can use as a basic weapon, and an implant known as an adjutor. This implant controls all the character functions, serving as a link to your inventory, map, character status, and mission log. Since it is technological it will be frowned upon by those who reject technology. This means you will get yelled at and potentially more seriously accused of crimes using it in the wrong places. Which may or may not impact your choice of where you end up wanting to call home.

You will have only one path really open to you at this time, so explore around and head down it. There is at least one more place you could go, but it takes some climbing and will result in you getting eaten, most likely. You can find a handful of items throughout the area, and will soon end up facing your first defeatable foe, assuming you didn’t go off and get eaten. So let’s talk combat! 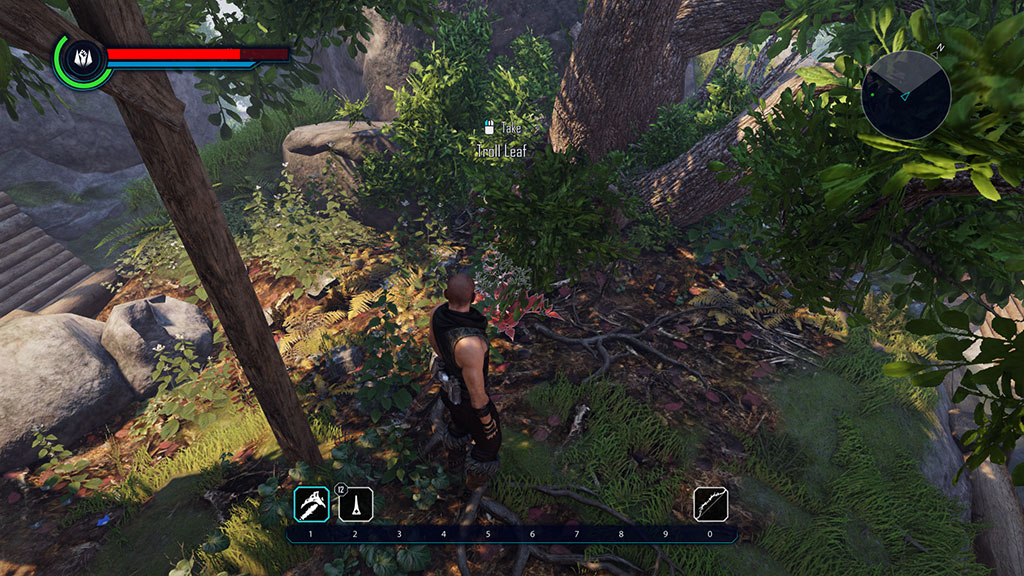 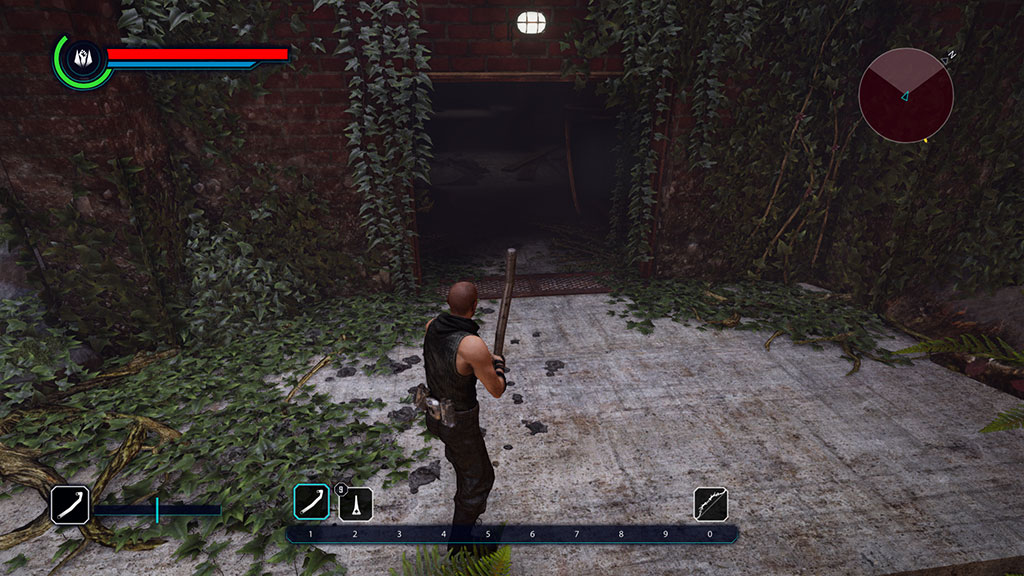 There are three styles of attack with most weapons. Some of the options may be locked behind skills with ranged weapons, but for now you only have the melee option anyway. Pressing the assigned hotkey will draw your weapon. By default that will be ‘1’.

The game will provide hints, but your basic attack is the left mouse button, and your basic parry is the right mouse button. You also have a heavy attack set to ‘E’ by default, and a special attack set to ‘Q’. All the attack styles change based on the weapon you are using, so learning your weapon’s moves for timing can be important. Additionally you can roll away to defend yourself by evading attacks. Blocking attacks will reduce the damage you take, but not negate it, so evasion is your friend.

The most important thing to remember is that you are limited by your stamina. You drain it by running, attacking, blocking, dodging, and being hit. Most foes will have attack patterns, but humanoid foes will have a similar stamina system. Figuring out how to deal with each foe is part of the game, and each type has at least one weakness you can exploit.

For your first fight, if you hang back enough, you can get your foe to lunge. Strafing will make it miss. This allows you to lay a combo of hits on it, and defeat it. Using this basic tactic is a good starter point for learning to fight some of the creatures in the world. 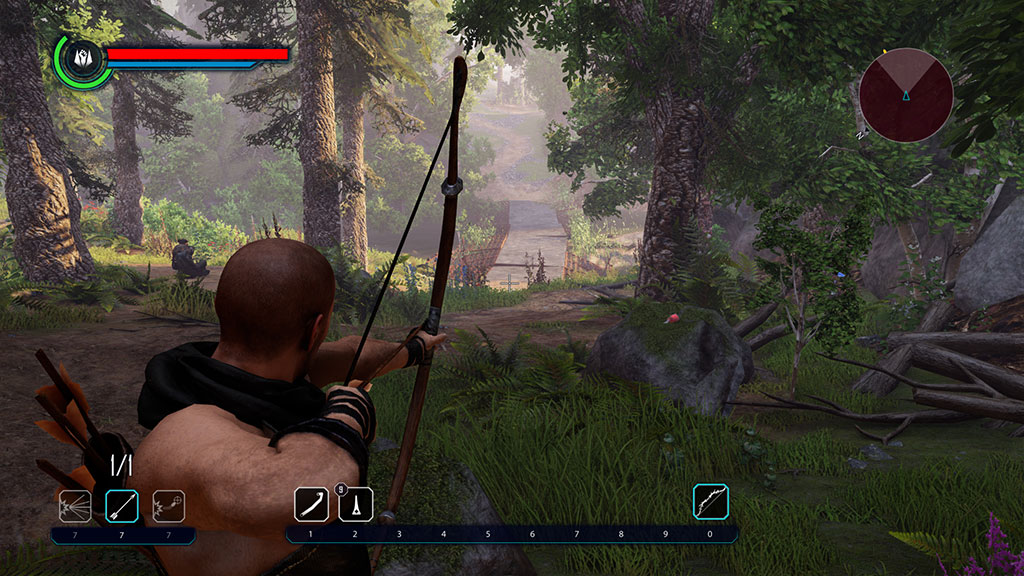 Once you have ranged weapons your options will vary, but in general holding the right mouse button will aim and the left will fire. Practice with how your weapon fires, and how physics applies. Just remember that these weapons tend to use some form of ammunition, and once it runs out you need something else as a backup!

Having beaten your first foe you will approach a building. Dig around inside, and kill any critters or foes you encounter for a little experience. Eventually you will come to the next really important point, the jetpack. The jetpack allows you to engage in limited flight. It refills automatically, so you don’t need to worry about fuel. This is very useful for exploring many areas that you normally could not access. It also can get you in trouble, as falling long distances is quite lethal. 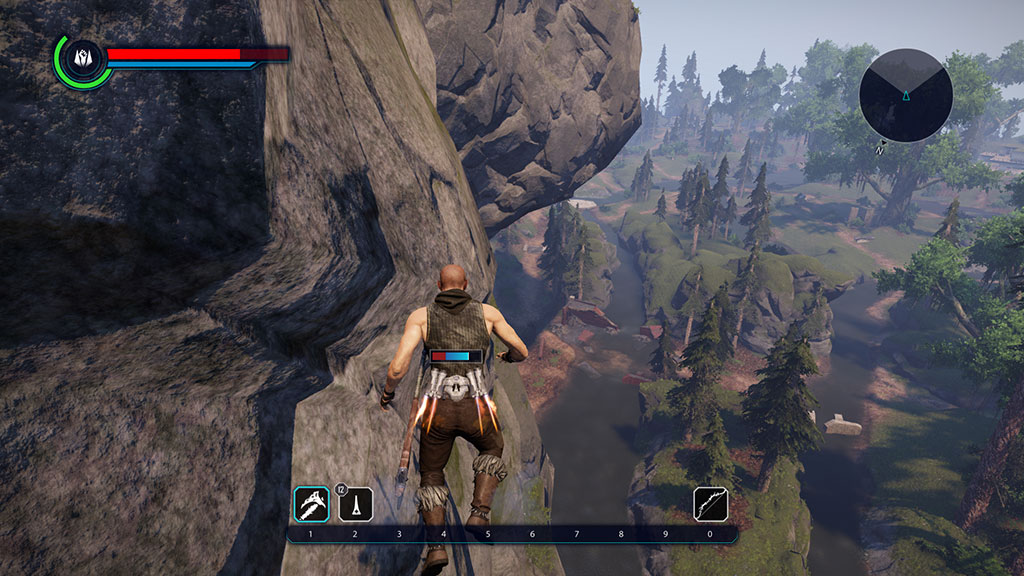 Beyond that, you will continue down your path to exit into the world at large. From here on you will have a lot of choice in where you go and what you do. It doesn’t hurt to take your time deciding what you like best, and where you want to call home. Talk to people, gain more experience, and learn new skills until you can face tougher foes!

Talking to people has consequences. Not only will certain options change your missions, but the overall story can be affected. Beyond that, your character has an emotional range for how ‘cold’ you are. Cold can be thought of as being emotionless. The different ranges from high to low ‘cold’ offer three different benefits to your combat effectiveness, which can be important to those looking for the most effective combat setup. It is not, however, required.

Each dialogue option also may change how a character perceives you, they may like you more, or dislike you more. This can lead to changes in their behavior toward you, whether not wanting to offer you services they provide or even to whether they will join you on an adventure. Thinking about the characters, how they act, and how you want to act, can tell you the likely results.

Many people will also have quests or goods for sale as you talk to them. Goods restock regularly, allowing you to stock things you need in trade for what you do not need. There is a limit, of course, based on everything you have gathered up. However, this ensures that you aren’t constantly having to run off to new places to get more arrows if you use them. You can simply talk to the same handful of people who will be busy replenishing their stock for next time! 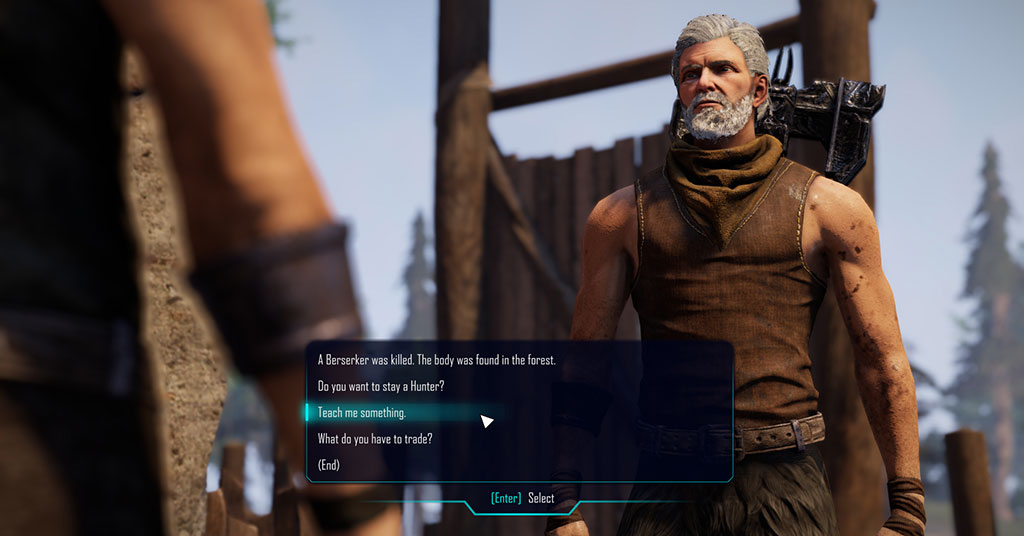 Talking to people is also where the biggest rough spots to the game show up graphically. The mouths tend to have an odd glow around lips at times, and the clothes move oddly with what I assume is meant to be a breeze. Instead it looks like people have some sort of appendage coming out of their chest and wiggling around under their clothes. Some outfits seem more prone to this than others.

How to get started beyond this: 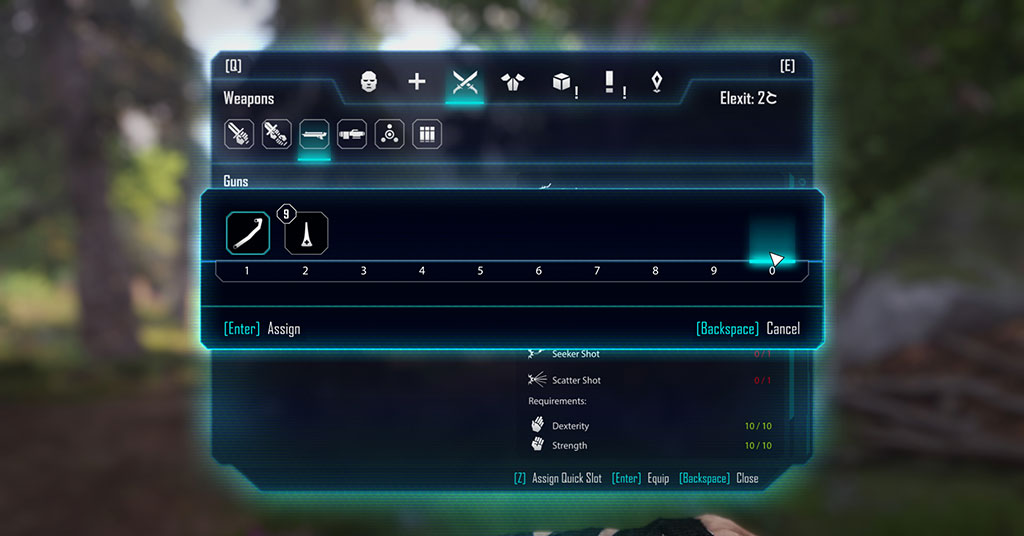 The first thing you will do as you head out is meet somebody. You don’t have a lot of choice with the cutscene, but from then on you do. Following them is a great way to get started, and the various settlements around the world will offer you opportunities to grow stronger. Seek out the opportunities you want, and when you feel you have explored and grown enough, pick one of the various factions to join. Until you do so your armor will be specifically limited, and armor makes a large difference in the damage you take.

Additionally, as you explore, take care to watch out for various clues that an area may be dangerous. If you start catching on fire, freezing, dying of radiation or poison, you should leave. You can come back to such areas once you are stronger, with better gear to survive those harsh environments.

There’s loot to be had all over the world, just watch your fingers where people have their own houses. They will defend their property and also may attack you simply for trespassing. Unless you want to fight them, and are strong enough to manage, you should respect their privacy!

Finally, there are no right or wrong choices in a game. Have fun. For more information on the game you can visit http://elexgame.com/