FOX n FORESTS looks to bring back the nostalgic 16-bit action platformer as our hero, Rick the Fox, shoots, slashes, and snatches their way on a quest to reveal the 5th season. The game plays a lot like Super Ghouls 'n Ghosts or even Castlevania.

You will make use of a magic melee crossbow that can be used for both close quarters combat and ranged combat. It also allows you to switch between 2 seasons per level instantly which will allow you to complete puzzles and locate secret places.

Bonus Level Entertainment set out on July 14th, 2016 to raise 95,000 EUR and managed to raise 107,876 EUR by the end of their Kickstarter campaign. They received pledges from 1,459 backers and continue to receive contributions through PayPal. It also has been Greenlit on Steam. 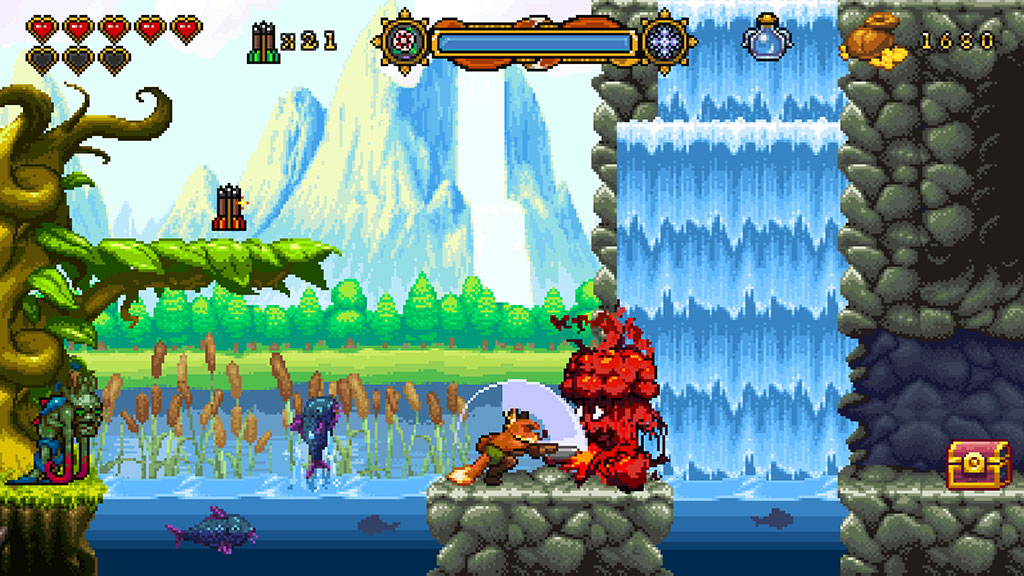