The Corniest Game Ever Made is an aMAIZEing Good Time

In the wide open fields of the Steam store, there are few games that really grab my attention like MAIZE has.  As a fan of humor-based adventure games like Conker's Bad Fur Day and Sam & Max, the trailer for MAIZE sold me instantly. I mean who doesn't want to play a puzzle solving story based game featuring corn, a scary house, and a Russian Teddy Ruxpin with a bad attitude?

This game is fairly simple in format. You explore, collect, and use the items you find along the way to solve puzzles, and work your way around this old government facility, that doubles as a farm in the middle of nowhere. Who are you? What are you doing on this farm? These are two questions that you'll be figuring out through the length of the game.

Now while most puzzle solving games, often times, keeps you guessing as to what is needed next and you're often getting frustrated looking for that 1 pixel to click on to make the game progress, MAIZE makes it easy on you by putting yellow highlights on all the objects you can interact with.

In addition your trusty companion Vladdy will insult you in the right direction if you get lost. This angry little bear obviously didn't have his customer service module updated. There is a ton of humor through the game, and it isn't even limited to Vladdy's remarks. The other characters in the game also add to the comedic value and you'll often find yourself meeting interesting characters that make you wonder just what you've stumbled upon.

You play a character that is a "Chosen One" among a long line of failed chosen ones. Do you have what it takes to succeed where so many have failed? 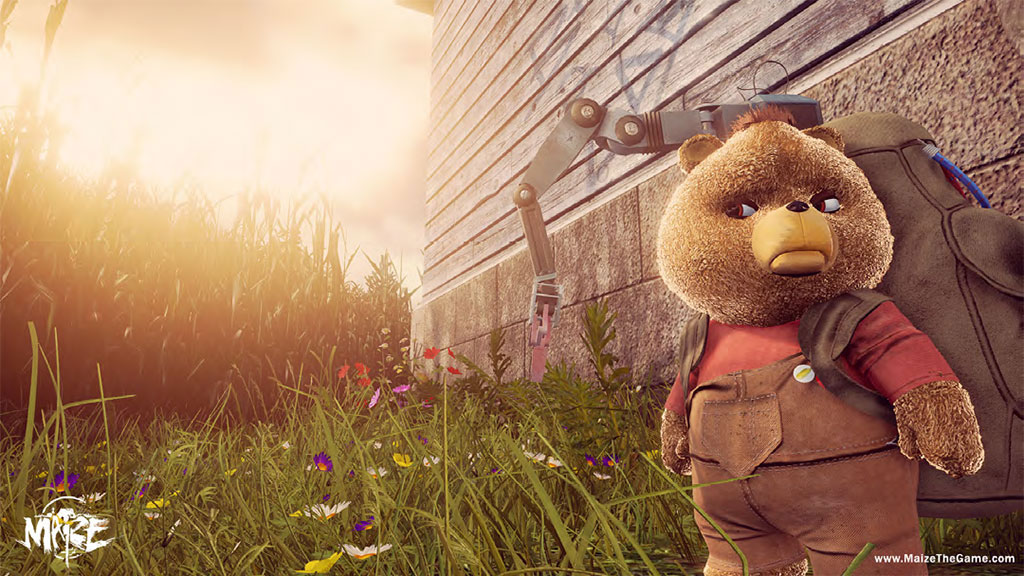 Maize is a first-person adventure game about what happens when two scientists misinterpret a memo from the U.S. Government and create sentient corn. And that last sentence is pretty much the least ridiculous thing about the game.

Explore an abandoned farm and a not-so-abandoned underground research facility as you uncover the mysteries around Maize, and possibly learn a bit about yourself along the way. Or maybe not.

With a colourful cast of characters and an absolutely absurd world, Maize offers up a unique experience that keeps the surprises coming. Seriously, they’re everywhere.