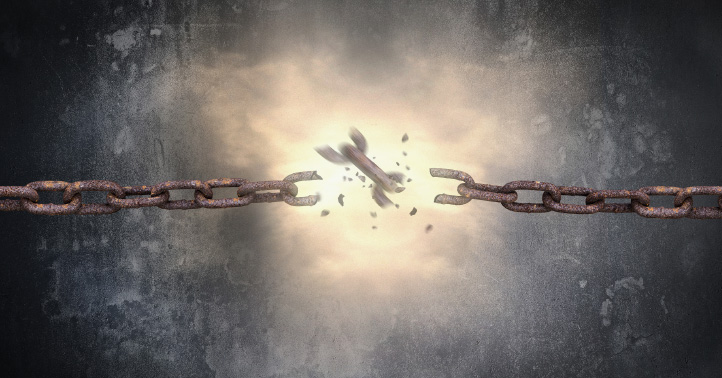 All of us have inner demons that like to remind us of how we can never be perfect.  I have my own fair share of negative thoughts.  Some are due to things loved ones have said to us.  Those things get stuck in your head regardless of the truth.  Then there may be some major things that happen that just throw you for a loop.

My usual response was to get angry and blow up.  I’m not a wilting flower by any means.  I’ve drop kicked computers across an office before, put my fist through walls and destroyed far too many things.  It didn’t help with my relationships either.

I was sent off to anger management three times and went once by my own choice.  I learned a lot about anger and ways we think it can be managed.  The problem was the information that they gave me didn’t help me actually “deal with it”. After the first three times I came out just as angry as when I started.

I had issues with the therapists, I didn’t think we connected and frankly, I don’t feel that they cared very much for me or my problems.  I wanted ANSWERS!  And I needed them yesterday.

Growing up I always felt out of place, at home with my family and at school, so I turned into myself. So out of high school I joined the military. At first it was really good, but there were issues once I got to my first duty station. At 18 I had my first incident with my anger getting out of control and was sent to the first round of the military’s version of Anger Management.

I got out of the military when I was 19 and went to college for computer science and telecommunications. Things were better at school, I was in my element, being “nerdy”. The last years of college I met my first husband.

After college I got a job, but I had more anger issues and had my second and third time being sent to Anger Management. It didn’t help much and I was left frustrated, let down and I lost faith in therapy.

Through all of this I got married when I was 28. There were probably issues right from the beginning, but they were masked by our different work schedules. I was good at putting up a happy facade, but it is a wonder that we stayed married as long as we did. I was deeply unhappy with my life and it came out in anger, it didn’t take much to flip me over to the screaming banshee wanting to rip your head off.  I know I did a lot of the things I did more for an escape from reality rather than for the pure joy of it.

Nothing was going right in life. I had nothing strong enough to hope in.  Money didn’t work.  People let you down.  Jobs came and went.  Health can be lost.  Thankfully my real and chronic health issue came after I had anger management licked with that fourth attempt at it.

When I was 33 my world fell apart and then everything started falling together. In Feb that year I went home to my mom. We didn’t have an easy relationship, but I knew I could always go to her when I needed support. She did not slam the Bible at me, but did say I should try checking it out.  That’s what I did.  I sat down like the true nerd I am and really read it.  It actually made more sense than a lot of things on how to live.  Jesus was no dummy.  I went to church with mom, accepted Christ, and then went back into the real world.

After I found my faith, I tried to make changes in our home life. Things between us had become too complicated and he was not enthused by this new change. We tried counseling, but it takes two people to work things out, so that April my husband walked out.

To top it off, there were issues with my job. Not like before, I really enjoyed this job, but when you are a project manager and no new projects are coming to fill in the ones you are closing out, you start wondering.  I was looking for jobs, not too hard, but looking all the same close to six months before the layoff came along and I lost my job that May.

I had no idea what to do other than stick to my guns as friends slipped away and my husband filed for a divorce.  I don’t blame him though, neither of us handled that marriage correctly.  Finally I went to the one pastor at the church who was also a certified counselor and said, “I’m tired of being angry and I don’t know what to do about it.  I don’t want that same old hoopla I got in the other anger management sessions.”

So it started off with having to do the usual counselor intake, or the one hundred and one questions about things so they know where you are coming from.  Once we got that done she handed me a book. This was different from my other three attempts at therapy in that I was given a Christian based answer.

So instead of everything being put back onto me and making me feel even more helpless, I learned how to rely on the Holy Spirit for the power to overcome my inner demons and anger.  (Because if I had the power to figure this out on my own, I wouldn’t have had to deal with anger issues in the first place!)

Now I bet you’re wondering if I am still angry. The answer is, yes and no.  Anger is a natural thing, but I’m not angry at everything in my life.  I don’t feel helpless or hopeless in the wrong places in my life.  The key I needed was the hope attached to accepting Jesus and receiving the Holy Spirit.

You will know when you are in the right place when you truly feel at peace with yourself, deep down on the inside with no doubts about life. In the first year of finding Christianity I also ended up divorced, jobless, and near bankruptcy. Without my faith and the hope that I have now through Jesus, I would not be here writing this story for you all to read.

After several months of unemployment I found a new job and there is where I met the wonderful husband I have now.  I was always reading Christian literature during my breaks, which caught his attention.  He was looking for Christian to be his companion and wife.  We went on our first date on Valentine’s Day, which wasn’t planned, it just happened to be that Saturday.  However, it makes that holiday very special to us.

We are very different people, my husband and I, but it gives us a certain synergy in what we can do as a couple.  We really enjoy being together and have a relationship that has lasted through several layoffs for him and my being disabled with multiple sclerosis.  These kinds of relationships are out there for everyone to find and I’m quite sure God had a hand in the match making for us.

I hope this encourages you to take a deeper look at things and to see beyond what the world and culture are trying to tell us. Be careful in where you tread so you don’t find more demons, but definitely seek.

Jesus said, “But seek first the kingdom of God and His righteousness, and all these things shall be added to you.” (Matthew 6:33).  In Matthew 7:7 he adds, “Ask, and it will be given to you; seek, and you will find; knock, and it will be opened to you.”  Life has opened for me and I’m really enjoying it these days.  Life is truly different, full of many challenges and well worth living now! 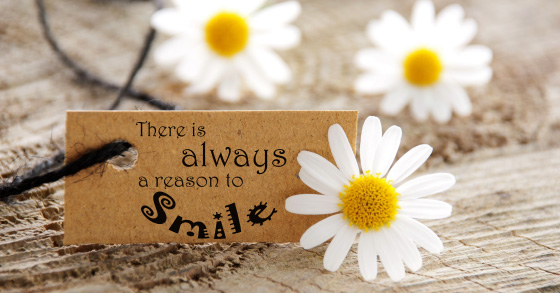