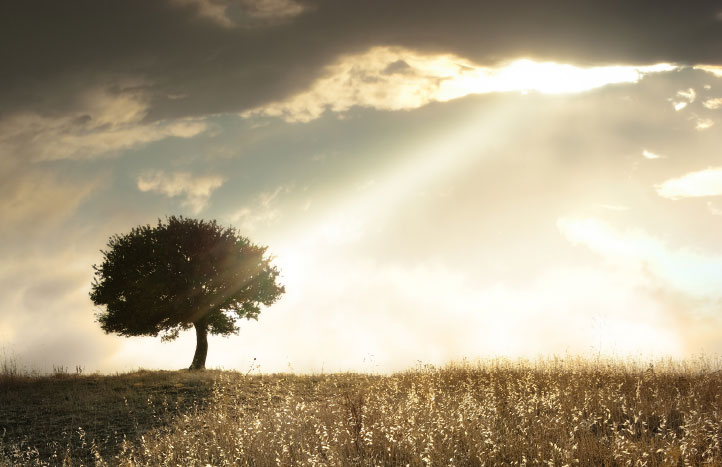 In gaming as well as in life, adversity can both enable and cripple us at any moment. Things can seem to be going great, and with the blink of an eye, in comes disaster to ruin our day.

I've always had a saying when explaining how people handle adversity.

“You’re either ‘heads’ or ‘tails’. On one side of the coin, you’re looking up and can see adversity as a challenge, a foe to stand against and defeat. On the other side, you accept your fate and wallow in the defeat.”

I encourage you all to take the first option. When someone tells me something is impossible or that I can’t do something, it makes me want to do it that much more.

To do something that is easy or that everyone can do is normal. Nobody looks at it as an achievement. Would you post on Facebook, “Hey, everyone, I put my shirt on today!” That’s not exactly the greatest achievement. However, if you climbed Mt. Everest, well, that would be something to talk about.

We all want acceptance. We all want to be noticed. The only thing that stands in our way is perception. Don't look at misfortune as a defeat. See it as a challenge and overcome it. Let it be your epic backstory. When have you ever heard a legend about a guy who had it all and still had it all? You haven’t.

Epic tales are born from moments of strife and despair. The best possible story is one born of extreme hardship and adversity. Each time you find yourself in your worst moment, you are being given the formula to forge a legendary story of your own.

I look back at Asha Catari of RIFT, who lived within the Defiant capital city in the PvP Rewards room. She was the highest health creature in all of RIFT, initially. When I asked on the forums if she was killable, people said it was impossible. They told me it would be a fool’s errand to try, and that she wouldn't even take damage. We made it our mission, and after 16 attempts, we actually killed her. For those of us that were there, it’s a memory we will never forget. The impossible had just became possible. All of those people who said we would never pull it off just became void. Our perseverance had paid off and we had killed the unkillable Asha Catari.

While this is merely an example of the epic adventures we share every day, we often forget that for this to be epic, we first needed it to be impossible. We needed it to be hard. We needed adversity to enhance the greatness of the task.

Remember, it’s only in your darkest hour that you have the greatest potential to do something remarkable. Thrive where others choose to survive. Forge your own destiny.

Today, we have the privilege of sharing with you the stories of four regular, everyday people and avid gamers who were hit with and adversity and chose to rise above it. 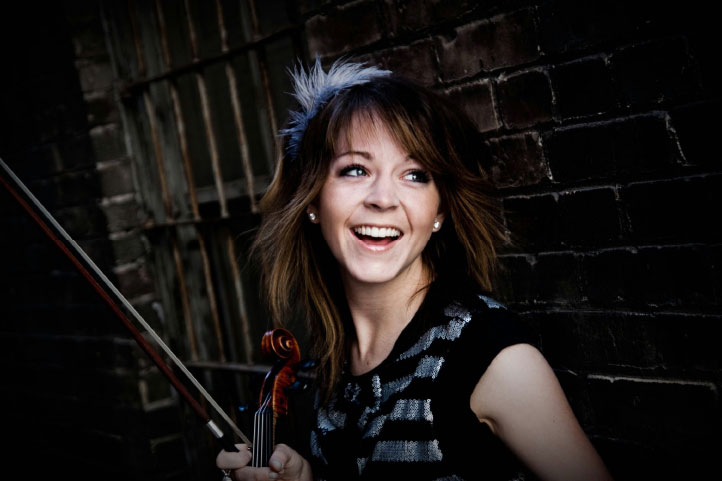 Lindsey Stirling had a dream of being a violinist and dancer. Ever since childhood, she loved both. She followed her dream all the way to the grand stage that was America’s Got Talent. After making it to the finals and performing in front of millions, she was publicly humiliated by the judges who told her she needed a band to succeed and needed to stop all the dancing and flying around. She smiled and said thank you.

She went on to create Crystalize, a performance that now is one of the most viewed on YouTube with over 100 million views. She’s currently traveling on her third world tour, and is well known in the gaming world as an icon of epic proportions. 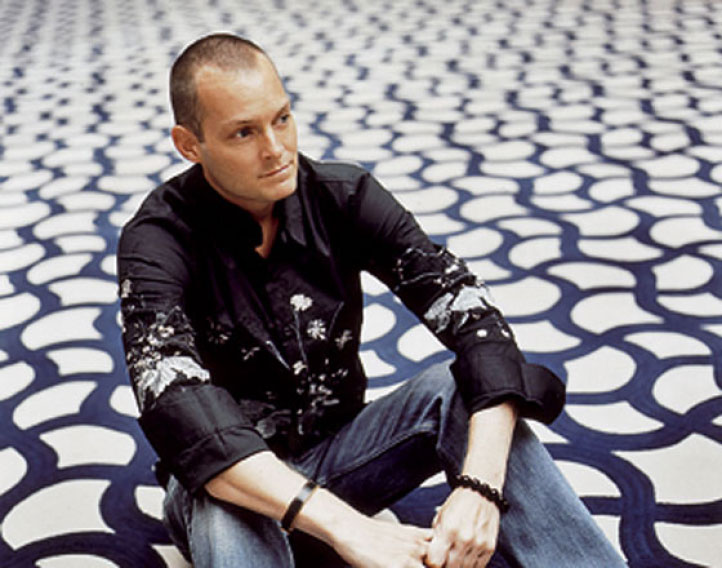 American McGee is a successful entrepreneur and visionary with a dark past, eccentric lifestyle and colorful history. He is a man that refuses to let his past define him. Instead he has chosen to forge a new path and succeed against all odds.

His story comes to life as we sit down with the mastermind behind the cult classic smash hit video game American McGee’s Alice, and journey down the rabbit hole to discuss the transitions he’s had to make to be where he is now. 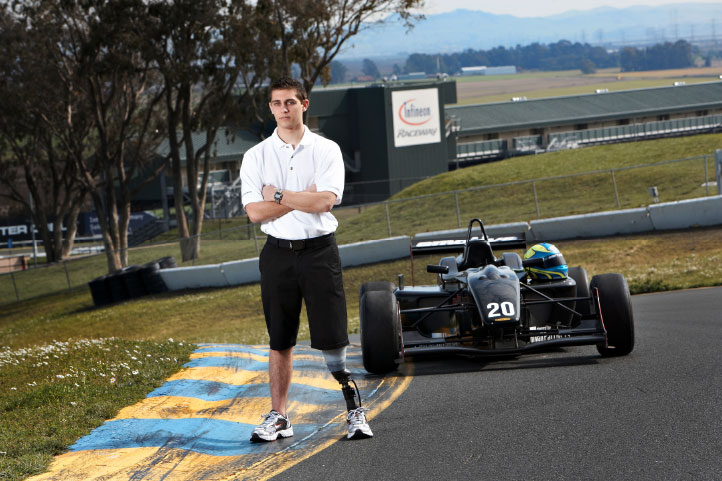 Brett Smrz, a professional stuntman and racer, knew loss as well. One week after qualifying pole and finishing third in his first professional race in Houston, TX, Brett suffered a serious leg injury on a trampoline. Following ten complex surgeries, he eventually lost his left leg below the knee. Following intense physical therapy, Brett was back in the cockpit only three months later for the San Francisco Formula Ford triple header at Mazda Raceway Laguna Seca. He celebrated by winning all three races, setting a new class track record, and earning the San Francisco Region Driver of the Year Award. Additionally, he has performed stunts in dozens of Hollywood blockbusters and TV series including Mission: Impossible - Ghost Protocol, Spider-Man, and Knight and Day. 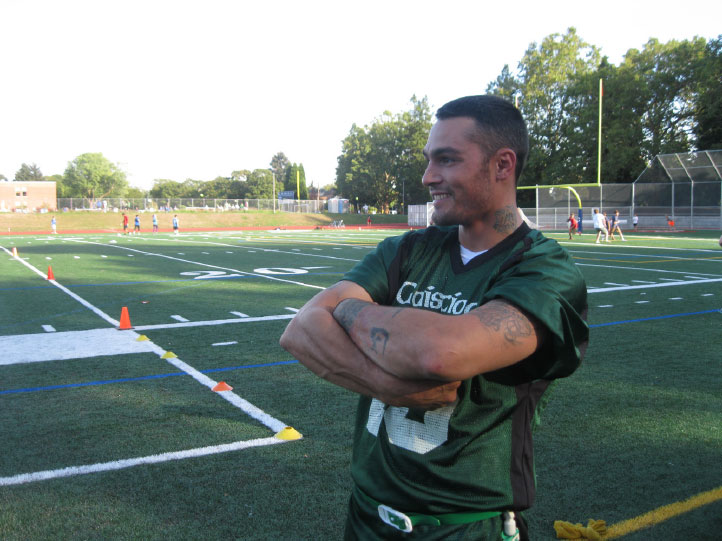 Anthony Davis, Gulf War Veteran, US National Rowing Team Member, and quarterback for the Gaiscioch Football team for the past 4 years, was paralyzed after an automobile accident which ejected him from the vehicle and shattered his spine. He faced life in a wheelchair but chose a different path. Today his friend is known as pain. With pain, he has taught himself to walk and even run without being able to feel anything in his legs.

We all have our own battles to face, challenges to overcome, and opportunities to make greatness happen. Let these stories of people choosing to stand against adversity and create their own fate be an inspiration to you as you go forward in your gaming and real lives. Courage and perseverance only come from the hard times, and epic adventures are born only from moments of strife. Look at them as opportunities, and celebrate your victory over defeat.

“It’s only in your darkest hour that you have
the greatest potential to do something remarkable.”
- Benjamin “Foghladha” Foley