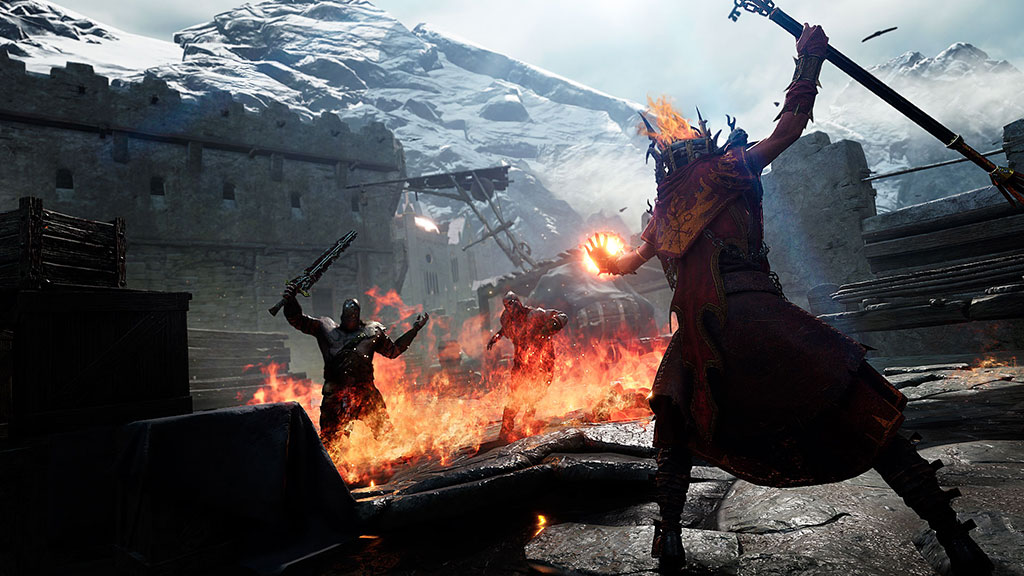 In 2015 Fatshark Games introduced the world to the first fully cooperative first person action role-playing game set in the Fantasy Warhammer Universe. With daggers blazing, arrows flying, and more skaven giblets than you could ever want.

It ported us back to the cite of Ubersreik for some mayhem and hardcore action packed adventuring. My first take on the game was a great one. I streamed it solo, then I recruited some friends to help me stream it on the Streams of Epic Adventure and Weekend Warriors livestreams.

Vermintide was a brilliantly fun cooperative adventure that only got better as you progressed, and it’s still releasing new content today. This is why it brings me great enjoyment to be able to chat with the development team behind Vermintide II. 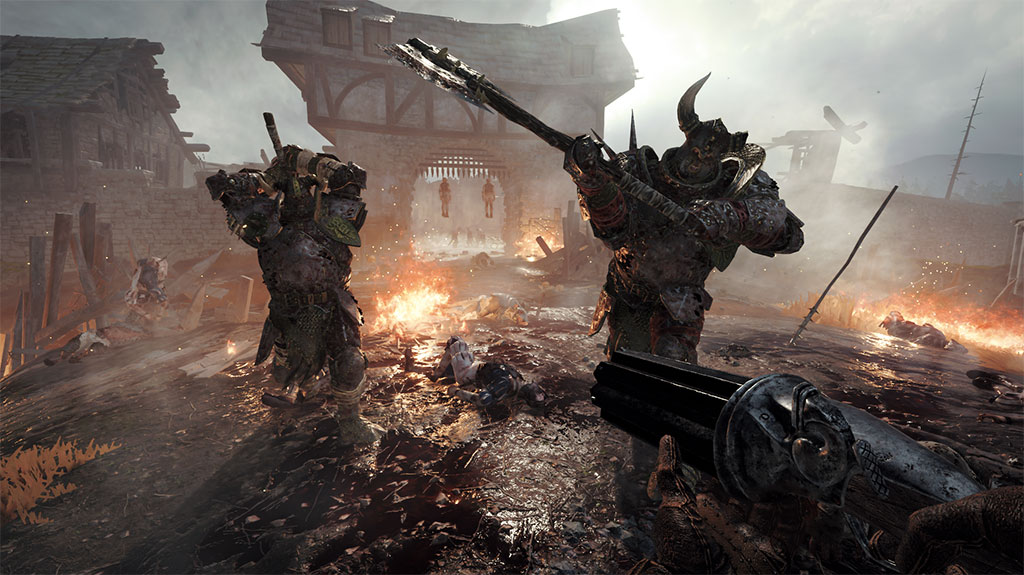 Before we get started, can you tell us a bit about yourself, your history, and your role in developing Vermintide II?

My name is Victor Magnuson, I am one of the Game Designers at Fatshark. On Vermintide 2 I have worked on the World Team who are responsible for all the missions in the game. I have been working at Fatshark for nine years and have been a part of most of our games to date.

When you set out to make a sequel to the hit co-op FPS/RPG Vermintide, what key design ideas did the team feel they needed to change in the next chapter?

One of the most important design ideas was not to take away anything from the original that actually worked really good. Rather, we wanted to expand on everything that we felt worked well in the first game and fix some of the problems that we felt we didn't get 100% right the first time around and that couldn't be fixed without doing some major changes to how we approached certain aspects of the game.

An example of something we felt worked well is the melee system. We have been really careful to make sure that the improvements we do don't change the core feeling in the combat but rather adds layers to an already solid system.

What are the major improvements over the first Vermintide?

We have looked over and improved on almost all aspects of the game, but one of the biggest changes is the addition of three career options for each Hero. The career system adds a new layer of options for players, allowing us to keep the heroes from the first game and continue their story, but at the same time add a bunch of cool new player choices to the game, which is something that players have been asking for since we launched Vermintide, but with the way that game was setup, was something we simply couldn't do. With the new careers come talents that will allow players to further customize how they like to play the game and will do a lot to the endgame meta, which will be really cool to see.

In comparison with the first campaign, would you say Vermintide II's maps are more open?

We try to vary the levels as much as we can so it is hard to say that in a general sense, but compared to the original, the maps in Vermintide 2 are much more ambitious and we do have some levels that are much more open in their layout than anything we did in the original.

The first game was quite linear. Does the second offer any variation to how missions can be carried out?

In Vermintide 2 the player had to complete the campaign in sequence in order to progress in the levels. This time around we allow players to tackle the three Acts that the levels are divided into in any order they want. This adds many more options when it comes to what level a player wants to play when they are going through the campaign.

When it comes to the missions, we are still using a linear story approach since it is really important to keep the missions balanced to each other. However, the addition of the Heroic Deed system will add a bunch of variation to how you approach levels, and the addition of a new faction adds a lot when it comes to the variation of any given level.

I understand we will be facing a new foe in addition to the legions of Skaven?

The biggest change in Vermintide 2 is the addition of the Warriors of Chaos. Our skaven protagonists have signed a dark pact with the followers of Nurgle and together they have unleashed an assault on the Empire.

The ruthless Chaos Army will bring a new challenge for our heroes as they are individually much tougher than their more numerous Skaven allies. It will take a lot of coordination for the players to effectively handle the threat of both factions. The Stormvermin in Vermintide were formidable opponents, but will pale in comparison to the mighty Chaos Warrior. These guys are completely clad in thick armor and wield huge two-handed axes that will send their victims flying and completely disorient the receiving player.

In addition, the Skaven faction have not been idle and have recruited new units to their ranks. The Stormfiends are perhaps the most prominent ones. These monstrous beasts are basically armoured Rat Ogres with flamethrowers strapped to their arms. They spew out warpfire at their opponents, completely engulfing the area. Compared to the Rat Ogres, who are completely loose cannons on the battlefield, the Stormfiend is a more tactical enemy, being controlled by a mutated packmaster brain that’s attached to its back. 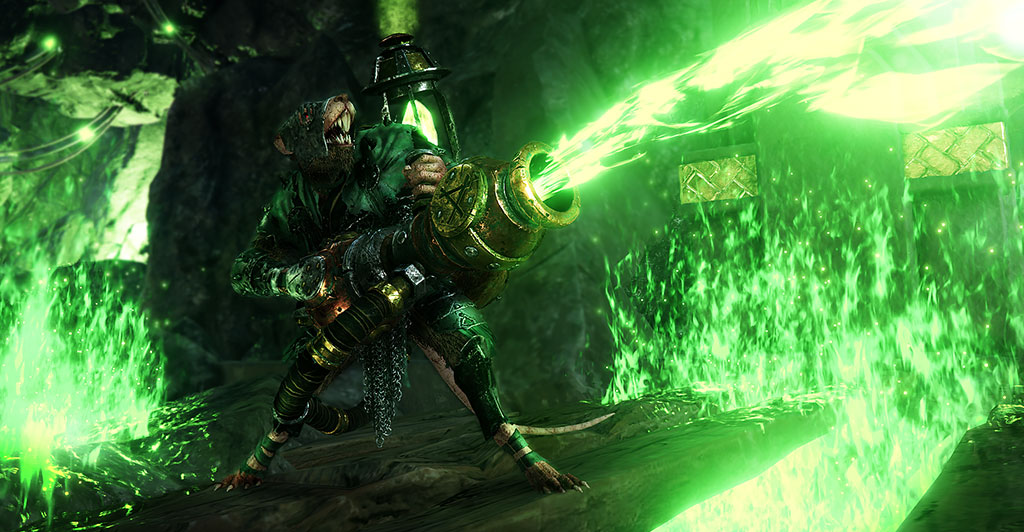 I hear you have made some significant improvements to the loot system. Can you explain what has changed in Vermintide II?

Loot is a very large part of this type of game and we have taken drastic measures to ensure that we improved on the system without losing what made the original good. We have completely revamped the way we approach itemisation, with a new power level system that should prevent the worst aspects of a RNG-based system. We have also redone how we handle crafting and streamlined it to be less of a barrier without losing any functionality from the original. The way we handle loot this time around will also allow us to be more generous when it comes to the amount of items players will receive. Lastly, measures have been taken to ensure that players get items that feel relevant to not only the hero they are playing but also the career they have decided to play as.

Do you have a rough estimate of how many missions will be available in the initial launch of the game?

There be a similar amount of missions in Vermintide 2 as there were in the original, but the scope of each mission is much bigger and the addition of the new Heroic Deed system will add a lot of replayability to the game.

Where can someone learn more about Vermintide II?

All the latest info is at the homepage, www.vermintide.com, and on our social media channels. Don’t forget to sign up for the beta.

You and your allies are the only force standing against the onslaught of the mighty warriors of Chaos and the hordes of Skaven. If you fall, so shall the Empire.

In the End Times of the Warhammer world, you will be challenged like never before as you and your team of Heroes face untold enemy hordes in a desperate struggle to save the Empire from devastation. Choose a career for your Hero, climb the talent tree, pick from a vast range of unique weapons and gear, and hack through the ranks of the monstrous invaders.