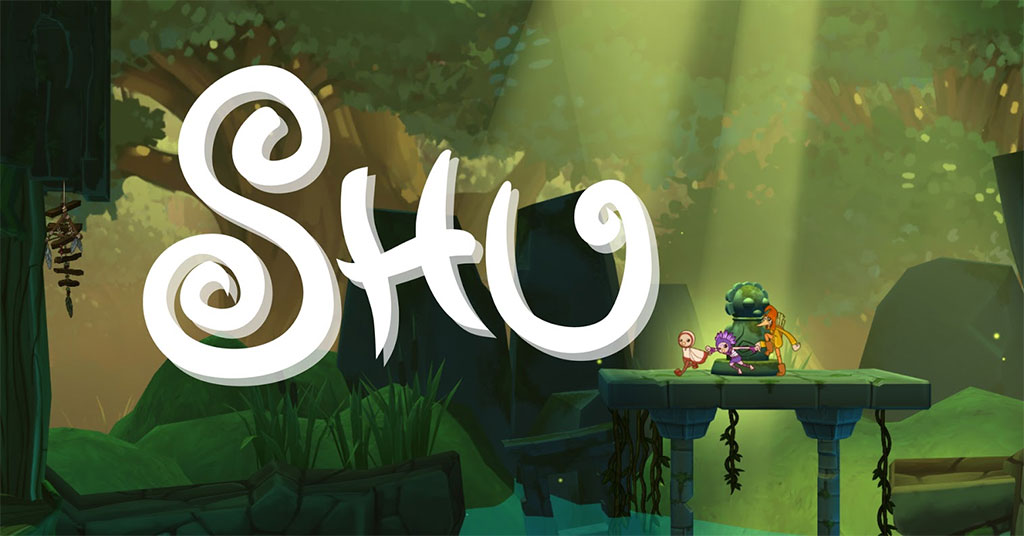 If you recognise the name Coatsink then there is a chance you may have already been perplexed by Esper. In 2016, this British indie studio releases another very different kind of adventure called Shu. Set in a gorgeously stylised world, Shu is the tale of a young girl and a desperate race to escape the danger of an oncoming storm.

Shu started out life as the brainchild of Secret Lunch, another independent team of developers, when Coatsink came on board and put some wind in their sails. The result is a charming and inventive platformer that stands out as much for its mechanics as its visuals. After years of refinement and feedback, I took a look at a rejuvenated Shu at McM London.

Rather than drown under the consuming din of Comic Con, Shu’s visual style is an impressive draw. Beautifully decorated levels lead players through a variety of zones as they race to save Shu and companions from an oncoming storm. The landscape's angular shapes and soft hues are in contrast to the bold colours of Shu and company, who seem to pop out of the foreground. The quirky band of villagers that tail along behind Shu are, however, more than just charming accessories. They are vital to navigating through the game.

Each one of these companions augments a player’s abilities. Some enable Shu to blast through barriers while others allow players to operate particular platforms. Levels are adorned with obstacles and getting through them requires giving at least a little consideration to these abilities and some accurate timing. Checkpoints are frequent, even in the less punishing stages of the game, and Coatsink have gone to great lengths to make Shu both accessible and challenging.

Challenge comes in the form of an imposing mass of purple swirls and gleaming teeth. As the storm finally settles in, players are pursued across the remainder of the level by this force of nature. If players survive the pitfalls, bypass the barriers, and successfully navigate a level they still have to stay ahead of the storm front, or be consumed by it. Adding a time gate to the game clearly draws inspiration from a number of chase sequences, and it reminds me why I loved Crash Bandicoot so much. Coatsink has even gone as far as adding a timer for enthusiastic speedrunners. It’s great way to add an extra challenge to an interesting title. 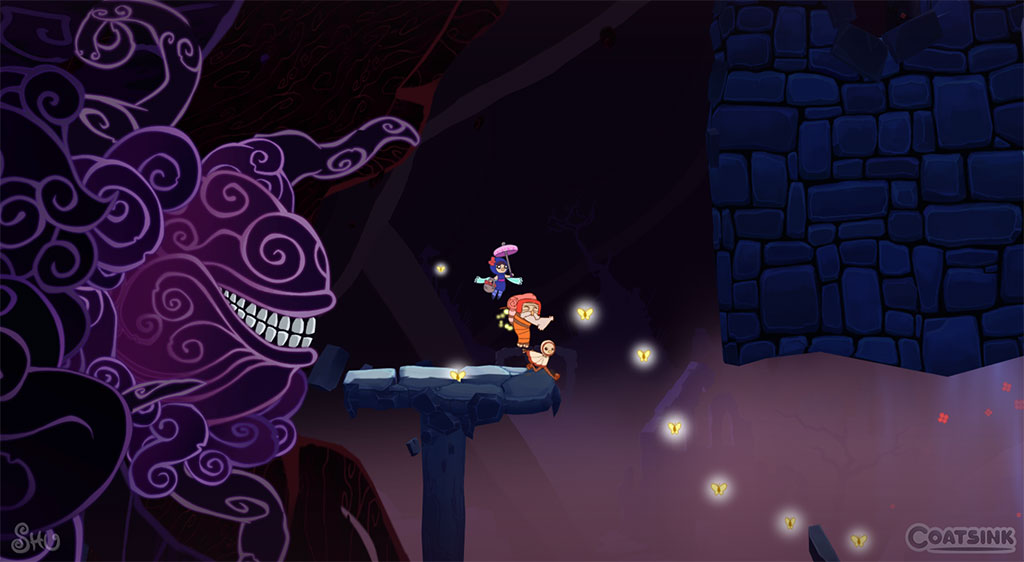 Shu bears some resemblance to recent EA platformer Unravel. It throws a charming protagonist into an adventure where the environment is the obstacle. It is utterly charming and yet still manages to present a definite challenge without resorting to combat. Shu is out now on Steam and PS4, and will be available for PS Vita in early 2017.