Exploring Epic Horizons in Bless Online: Embers of the Storm 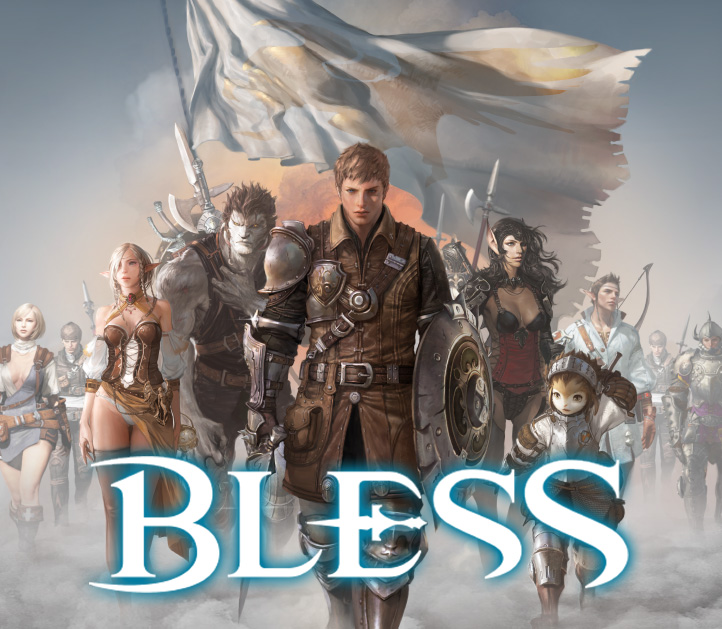 Bless: Embers of the Storm is an ambitious, story-driven, fantasy massively multiplayer online role-playing game (MMORPG). Built using the Unreal Engine 3 in partnership with Epic Games Korea, Bless is definitely one of the latest MMOs to use cutting-edge graphics, and possibly redefines what online games can look like. Bless has managed to push the Unreal 3 engine to the absolute limits of online play with photorealistic graphics, action oriented combat, and a deep storyline. 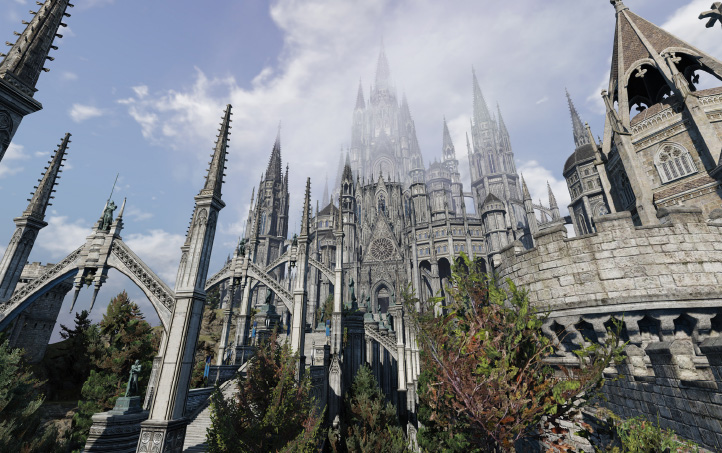 Neowiz may not be a large name when it comes to the MMO world, but they are part of a contingent of South Korean game devs and publishers who have been seeking to put their mark on online gaming worldwide.

Neowiz has been in the gaming world for quite some time, entering from a rather unique path focusing on the fields of internet and information technology. Neowiz Games officially started in 1997 and has since gone on to publish over 41 titles (Alliance of Valiant Arms, S4 league, Battlefield Online, Warlord). They currently possess two in-house development studios (Neowiz Games Studio and Pentavision) and a division within Neowiz Games aptly named Bless Online Studio, which was created to specifically handle Bless: Embers of the Storm.

It’s All About Story

Through epic, cinematic storytelling, a detailed history of two feuding nations and deeply involved characters, BLESS strives to put the RPG back in the MMORPG by making it a more engaging experience. Each race has its own storyline where the decisions you make in the game will ultimately affect the world around you.

The main story revolves around a decade-long war between two nations: The Union and The Holy Empire. The southern part of the continent belongs to the Union Alliance, which consists of the races Amstad, Aqua Elfes, Pantera, Iblis and Siren. With their militaristic alliance they fight the Holy Empire to the north. Hieron, also known as the Holy Empire, is the northern half of the continent and builds its alliance between Habicht, Sylvan Elves, Lupus, Fedayin and Mascus. The Holy Empire has been defending it’s “civilized” territory for more than a hundred years. 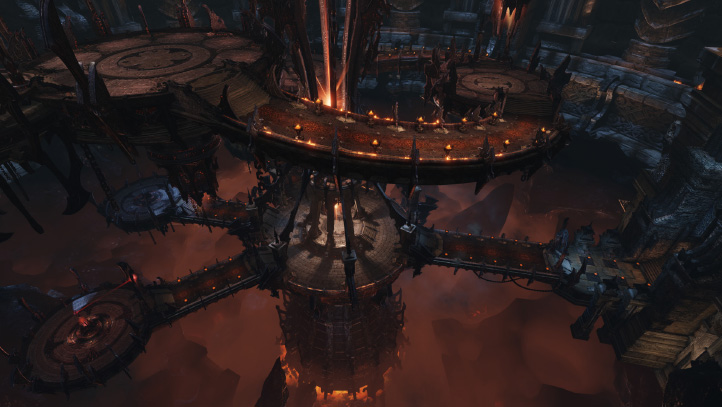 Bless is setting up to offer 10 unique races (5 for each alliance), 8 character classes, and a character creation menu that will let you customize just about everything you could imagine. Rather than opt for a straight up traditional option-based system, Bless has chosen to mix new with the old and give players a robust set of makeup tools. These will allow you to use things like lipstick, lip gloss, pencil, eyeliner and others such items to customize the facial details for your character.

The combat in Bless seems to depend on the class you are playing. Rangers for instance, use traditional tab targeting while melee focused classes use an action combat system similar to what you might find in Tera or Guild Wars 2. This means you can freely use your skills without being forced to select a target. You also have the option to use the left and right mouse buttons to activate your first and your second skill. As of closed beta 2 it looks like both ranged and melee classes will have a mix of skills that require targeting and those that do not.

The Skill system itself is huge and will give players many ways to make the most out of their adventuring. The maximum amount of skills you can have slotted at any one time is twelve. Players will be able to train and choose from 4 different types of skills: Auto-hit (standard auto-attack), active, passive, and heal. Every class also has a unique ability that can be activated with the shift key. These skills typically increase your survivability and will vary depending on the class. 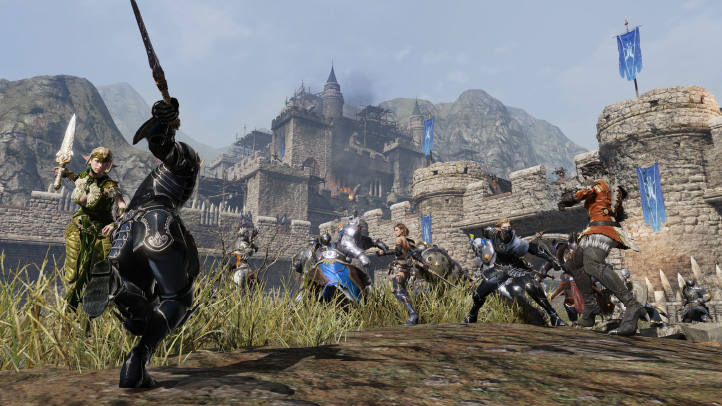 The world of Bless has two warring nations, Hieron and Union. In each Nation there exists various City States that are in a constant state of turmoil. There are those who seek warfare, some for power and others for glory.

This is the standard siege campaign that will pit all the forces of each Nation against each other in a huge open world battle. The campaign is divided into two stages: the open world battle (no player limit), and a siege stage (200 vs 200 castle siege). The open field fight chaotic. The goal of the fighters is to take over control of the rival nation’s Guardian Stone, which sits near the middle of the territory that is under siege. If either nation loses the stone, the targeted castle will lose it’s protective shield and advance the battle to the next phase. The attacking side will attempt to break the castle gate and kill the NPC lord to end the siege and claim victory.

Each nation is divided into multiple city states or territories that are ruled by Lords (Hieron), or Governors (Union). There are two unique ways to become the Lord or Governor of a city state. Guilds, when the player reaches the required influence points, they have the option to attempt to rule a city state. Guilds or individual players can challenge the current Lord / Governor in battle to obtain the throne. Other guilds and players can choose to support the current Lord / Governor, back up the challenger, or attempt to make a claim themselves. This makes having friends and allies all the more important.

While Lords and Governors are rulers of the City States, Patrons and Protectors are rulers of the Nation and they primarily reside in Nation’s Capital City. To become the Ruler of a nation the Lords / Governors need to capture the Capital City of an opposing nation. Patron and Protector will need to summon their allies to defend the Capital and everyone in it. Rulers and challengers won’t be able to protect or secure their throne with gear or PvP skill alone —playing politics and getting majority support will be the only way to win. To become a King, players will have to win the heart of a Nation and its ruling Lords/Governors. This will eventually turn into a siege war that involves base occupation. 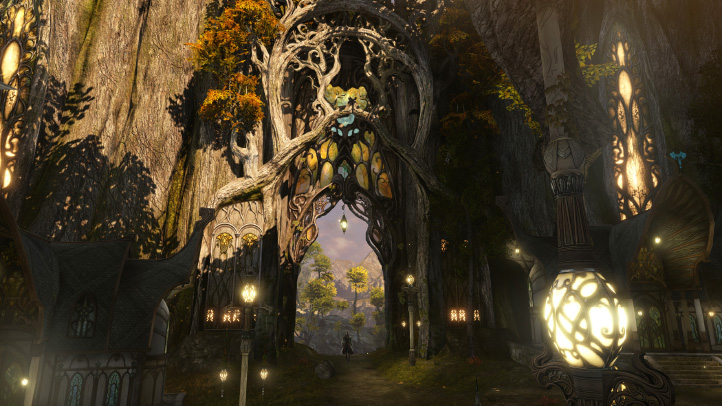 Bless uses a traditional quest system and players need to take part in main story quests, side quests, and world quests for leveling. On top of the regular fetch quests and mob kill quests, players will also have the opportunity to get a Monster Hunter logbook. They may then go out into the world to complete it by doing world bosses, dungeons and monster slaying. 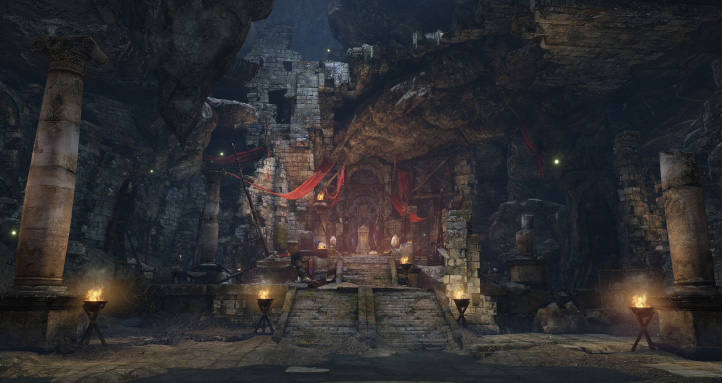 And what would a game be without all the fun little things? Mounts will make an appearance and players be able to ride anything from horses, or unicorns, right up to trolls and other beast-like things. Bless also gives players two other unique fast travel options to get around the continent: Airships and Wyverns.Yes, I mean Wyverns, as in the dragon-like thing. 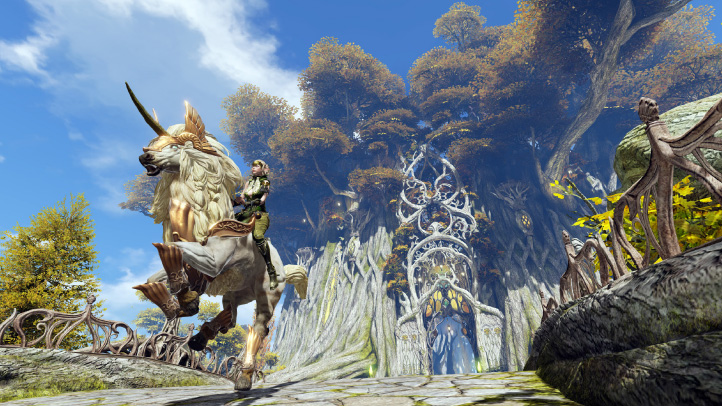 A Storm is Coming

Whether it’s realm-vs-realm, PvE, raiding, dungeoning or high level missions, there will never be a shortage of things to do in Bless. Every decision a player makes will ultimately shape the fate of the world and those that inhabit it.

While still early in the testing phase, Korean testers have already finished their closed beta 2 and are eagerly awaiting the next beta. Bless is shaping up to be quite a contender in the MMO market. Currently there is no release date for the Korean version and Neowiz is still on the hunt for a North American Publisher, hoping to land one by early 2016. 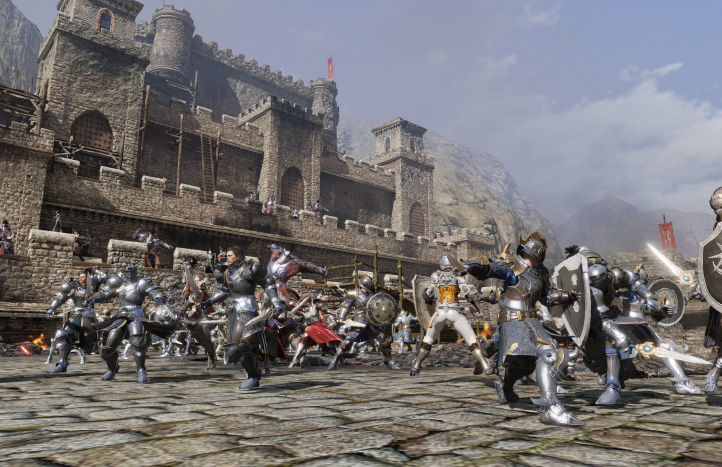