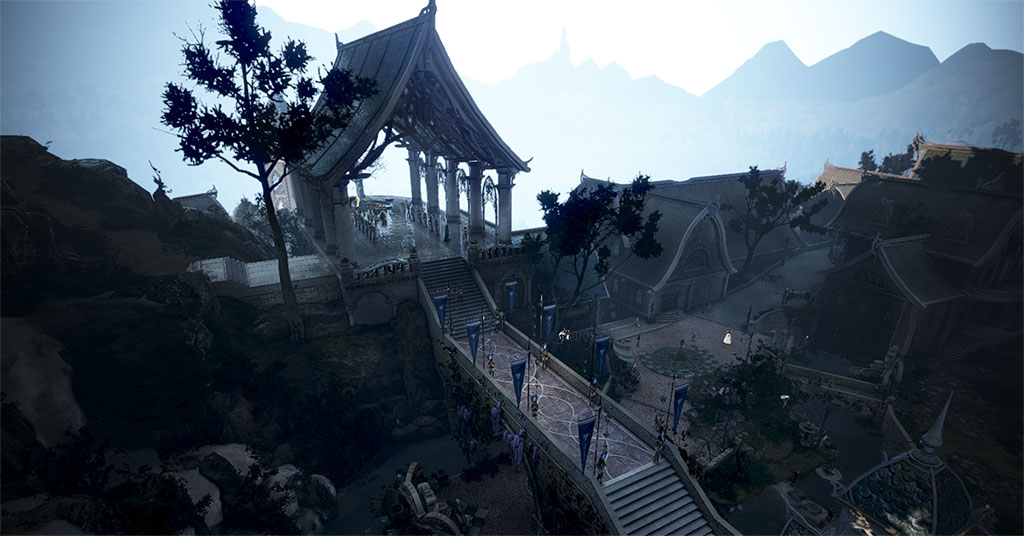 Black Desert Online is now heading into its third year in the NA/EU regions. Since its release it has had several major updates introducing advanced gear progression, three major region expansions, several new classes, and world bosses. Most notably introduced this year were changes to the base mechanics of combat in the game, the introduction of renown, and the most recent graphic overhaul.

The idea behind the renown system was to give players long term goals in upgrading their gear as well as providing additional benefits derived from the effort put into upgrades. The development team has attempted to strike a balance between progressive gains in attack power and survivability for the average player. The changes to the crowd-control system and easily attainable bonuses in damage reduction help counterbalance the extra damage players are granted from bonus attack power.

These changes to renown had a fairly negative impact on the most vocal of the player-base, committed PVP players. Having committed hours to learning how-to optimize cc-chains and experiment with varied builds they found much of their work useless with the changes to the system. Despite their outcry against the system it has remained largely unchanged, bringing simplification of both crowd-control and build diversity along with the bonus damage reduction that may help new players survive the gear gap that inevitably exists between player populations.

Though clearly present, the gear gap actually has less consequence for new players now than it did when the game was released. When the game was first released, the map was small, the players many and consequence in PVP was harsh. You could lose experience if you were killed by another player.  With few channels, players could effectively lock other players out of grind areas or world bosses. Since that time, the karma system has been reworked, the new system more effectively limits the amount of times one player can kill another; many channels have been added to the game, which allow players to simply switch servers to avoid aggressive players; world boss spawns are now protected, there is no open world pvp during a world boss event so other players cannot deny you access; and the map is significantly larger with many alternative grind areas.

Some of the new changes to Black Desert have been made to help players cross the gear gap.  Earlier this year new quests were introduced that reward players with starting gear that brings up their gear level so that they can grind anywhere in Valencia and most of Kamasylvia (all but the most difficult end-game zones).  Valks Cry and Artisan memory tokens have also been introduced into the cash shop and loyalty store, which allow you to upgrade and repair gear more easily.

The Caphras stone mechanic has also been introduced recently. This allows players to upgrade their gear incrementally. Instead of attempting an upgrade and having the upgrade roll back a level. Now with enough work, the upgrade is almost guaranteed. Cleansed Magic Stones also ease the upgrade process for the difficult +13 to +15 phase.

Perhaps the most prominent upgrade has been the release of Remastered Mode.  This greatly improved the graphics and audio quality of the game. This is saying something for a game that was already heralded for its quality graphics and music.

Here are some comparison screenshots to show the difference. It really is something to experience.

In addition to the graphic overhaul, Node Wars have also been reworked. Tiers are now broken down into four levels, with different participation restrictions allowed for each tier. Some tiers may allow only a maximum of twenty-five players per team while others support up to one-hundred per battle.

The future looks bright for Black Desert Online. The next free expansion, Drieghan, is set to release on November 14 for the PC NA/EU regions.  This expansion will introduce a new mountainous region to the south of the map, with over three-hundred new quests and a new world boss – a dragon called Garmoth.

Looking further down the road, perhaps toward a spring release for NA, a new Kamasylvia territory, the Audilita, is also in the works. It is the darkest region of Kamasylvia and the home of the exiled Ahib tribes. It is designed to be an open-world raid area, more difficult and party dependent than Gyfin Temple.  The next awakened stead, Doom, is also coming. This should be an offensive type horse that has a fire attack as its special ability. Finally, another class, the male ranger is due to arrive. He is set to be a full ranged class, sporting a crossbow and magic gloves in unawakened form and a longbow in awakened form.

New game modes are also going to be introduced. For hunters, there will be a sniper mode, that allows a modern-style zoom in hunting.  Far more interesting in my view is the subjugation system they have talked about. This system will allow you to use your alt characters almost like npc soldiers, sending them out to different regions on special missions.

Black Desert Online has been bringing a world of desert mystique, fairy magic, and court intrigue to NA/EU players since 2016 and it promises to keep bringing new gameplay free of cost in the foreseeable future. Despite any controversy surrounding pay-to-win and gear gap, the game is rich and continues to be well worth the initial cost of investment.  Players would be hard pressed to find a more expansive or in-depth multiplayer open world RPG. It is deep in lore and offers innumerable quests and paths for you to choose from. It is and continues to be a world that you can get lost in.

*Photos / Images courtesy of Gosa and Sassi of Relic Gaming

Meagh is a lifetime gamer with a great interest in all things geek. He has been gaming with the Relic Gaming Group since 2009 and became affiliated with Gaiscioch in 2014 when Relic joined the Tuatha Gaming Community. Currently he spends his gaming Conqueror's Blade Online and exploring ESO with the occasional foray into various other PC titles.