Attack on Titan : Wings of Freedom - Hands on Preview 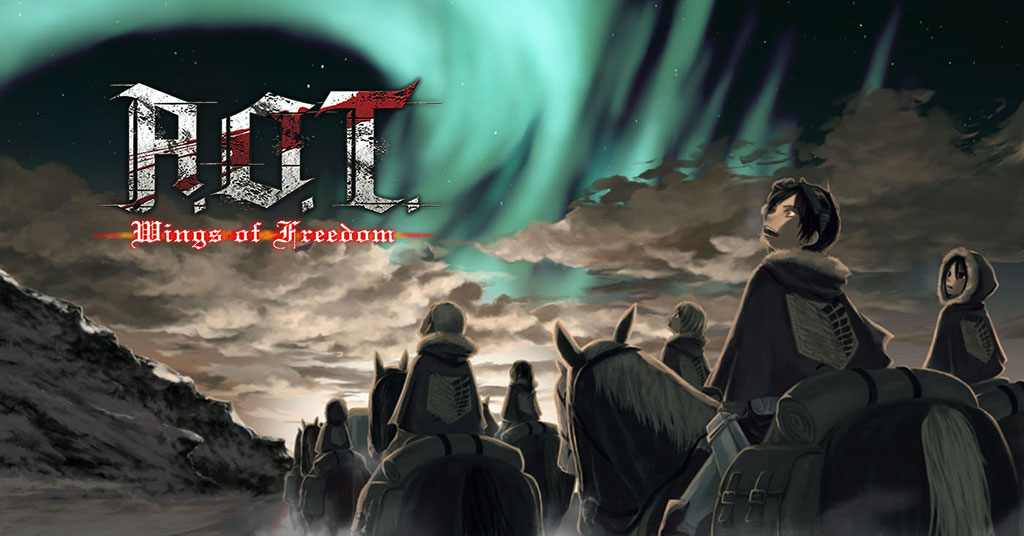 Attack on Titan is a colossal phenomenon in the world of manga and anime. The show’s gigantic human aberrations, visceral action, and intensity has secured a loyal following across the globe and proves massively popular at comic book conventions. London’s recent McM Comic Con was no different, and I propelled across the show floor alongside local members of the Survey Corps, to get a first glimpse of Attack on Titan: Wings of Freedom.

Wings of Freedom is an upcoming video game based on Hajime Isayama’s immensely successful Attack on Titan manga and anime series. Published by Koei Tecmo and developed by Omega Force, Wings of Freedom begins during the first season of the anime and follows the source narrative extremely closely. Koei Tecmo also confirmed that, despite delays to future anime seasons, those lucky enough to survive the game will also be able to complete optional content, which is intended to lay the foundations for the anime’s second season. 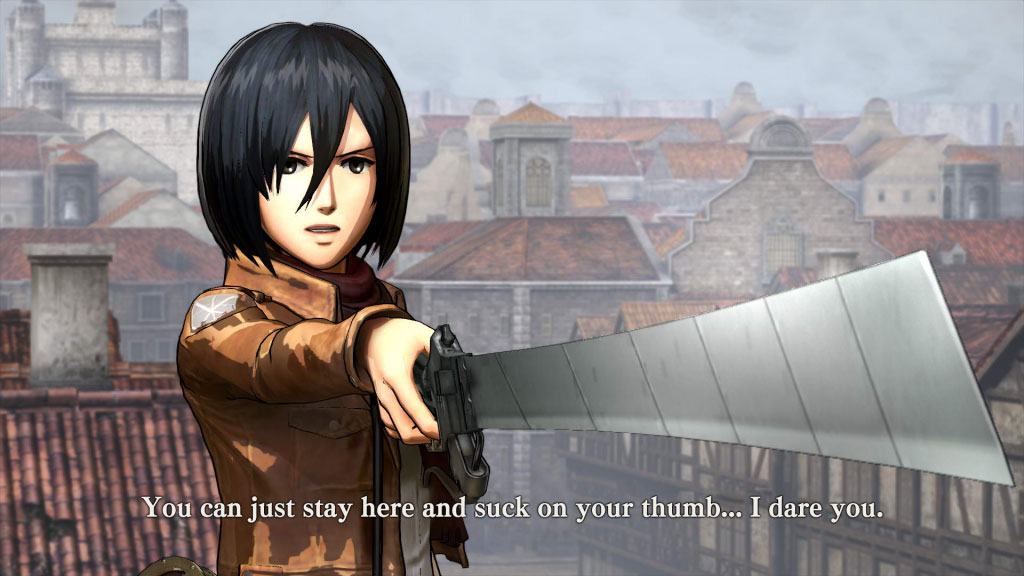 At first glance, it is clear that Wings of Freedom does more than just borrow narrative from the anime. Original voice acting from the cast is present and great reverence is shown for the source material. Players are able to enlist several familiar characters for assistance and graphics are highly stylized, referencing the anime’s visuals. The McM demonstration confirmed the presence of Armin, Erin, and other members of the 104st Training Corps. It is a safe assumption that the game will find fan favorites, Mikasa and Levi cutting down several recognizable Titans. This consistency ensures an experience that should, at least, satisfy fan expectations of the world.

My own experience with Wings of Freedom placed me in Erin’s shoes, the show’s main protagonist. The majority of my time was spent strapped into the show’s iconic vertical maneuvering equipment, in desperate struggle against hordes of invading Titans. Set during the early stages of the story, this open world encounter finds Titans flooding into human settlements after the fall of Wall Rose. While Titans career through the district’s streets, players are tasked with a number of timed objectives and optional side quests. These include reaching designated locations, cutting down specific targets, and rescuing stranded compatriots. While quests can feel obvious at times, they are used effectively to drive players towards combat.

Once in combat, taking down Titans is no small feat, and it requires good control of the show’s vertical maneuvering equipment. Thankfully, Omega Force has developed a system that is incredibly intuitive. It took just a few minutes of orientation before I was rappelling across the horizon. The vertical maneuvering equipment’s grappling launchers latch onto the surrounding environment, propelling players across rooftops and through the tree line, like a pneumatically powered gnat. When encountering Titans, switching from free movement to combat controls requires a single button push. This effectively streamlines the whole encounter and allows new players to get straight into the action. Combat is frantic but engaging, only getting overwhelming if you allow yourself to be boxed in. Overall, the result is simply exhilarating, and it is an experience that falls somewhere between Mirror’s Edge, Assassin’s Creed, and Spiderman.

While Peter Parker only faced the Titans once during a special event, he never had to worry about gas or blades. Wings of Freedom includes a number of additional mechanics which provide some depth to the game. Inventory space is filled with consumable gas and blades, while squad rosters and combat tactics borrow some more traditional RPG elements. Even the most ardent fans will tire of repetitive content, and I was assured that before launch we will see more characters, new encounters and a compelling storyline.

At its core, Attack on Titan: Wings of Freedom gave a great first impression. The whole experience felt slick and well designed with the vertical movement equipment being a popular highlight. If the remainder of Wings of Freedom continues to be just as highly polished, it will be an overwhelming victory in the battle against poor anime ports. Keep an eye out for a fuller review when the Titans attack Xbox One, PC, PS4, Vita, and PS3 on 26 August, 2016.