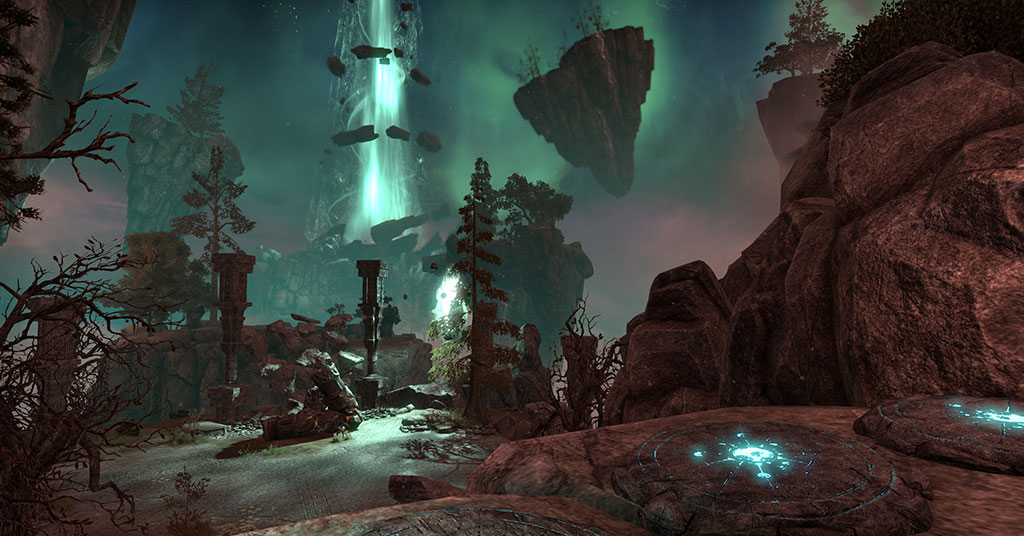 Aetherian Archive (AA) is one of the trials in Craglorn in the game, Elder Scrolls Online. It is the domain of the Mage celestial. For those unfamiliar with the celestials, you can consider them the zodiac spirits of The Elder Scrolls series. There are several times when the mage talks with the raid group during this trial, usually to insult the players who can't possibly understand anything. Before we worry about the Mage, however, there are a number of obstacles in the way. Let's start at the first door of this trial.

The first door in AA puts you right in the action, so you should prepare before going through the door. You will need to split into groups for several portions of this trial. There are convenient tables near the door which can be used to split your raid into three groups of four:

This preparation will help you get on your way. Have somebody designated to run the Rapid Assault skill from the AvA assault skill line. Use it just before entering the first door.

Entering the first door starts the “corridor of fire” event. A short run up some stairs and into Fire Atronachs is waiting just for you!  There are three fire walls that pop up in order, roasting people.  Technically you could work on avoiding them, but there's really no need to do so. Everyone except the tank should run past the atronachs, then turn around and defeat them.

After you survive that, you’ll reach the second door. This time, you will run an ice-themed gauntlet. Here is where Rapid Assault is very important, because the whirls of cold in this hallway will root players in place. By using this skill, you can avoid this being an issue for everyone at one time. At the end, two Frost Atronachs await you. Again, DPS players and healers should run past, then turn to engage the enemies.

The final hallway of elemental-based trouble is filled with lightning. Again, use Rapid Assault and just run past them. This time, however, you reach an area that is more open and face a large pack of humanoid foes. The tank should run in, and everyone should kill these foes en masse. Grouping close together will allow the healers to be more effective at using their skills, especially if everyone also maintains enough health not to melt when hit with a little heat. 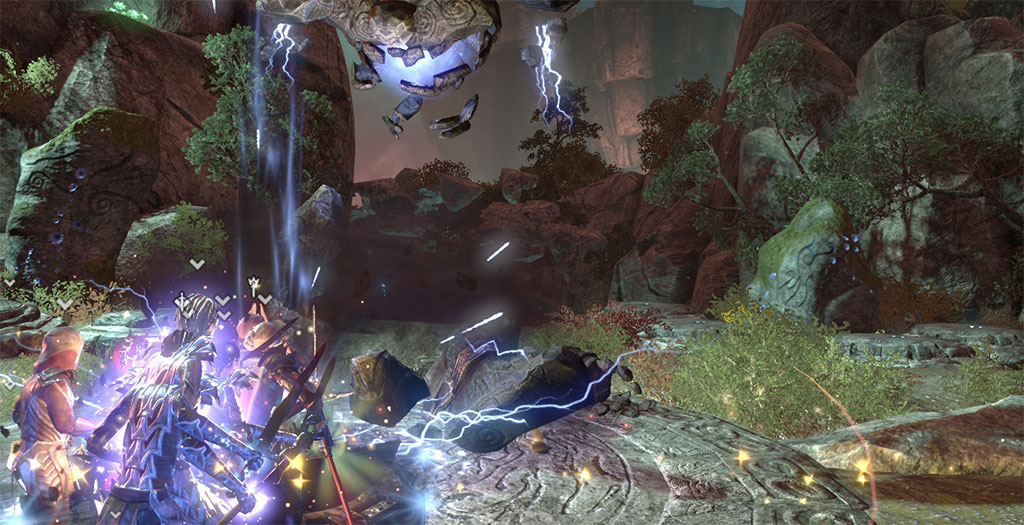 Abilities that this boss uses:

What does the group reach next? Platforms! This mechanic will show up multiple times in AA.  In this section, you need three groups, since the twelve platforms are set up as three distinct groups. Remember that all twelve platforms must be activated for them to work. Each platform should have one member of the designated group on it with the center group crouching for stealth. You can verify that you activated your platform by watching it sink slightly when you step onto it.

The left and right groups should kill everything as quickly as possible. When they are done, they should run down to join with the center group.

Wait--there are more platforms! This time, they are all located in one big cluster. Activate them, and you will arrive back at the Lightning Storm Atronach area. The floating rocks will coalesce into a bridge. Give it enough time to finish, since trying to jump across the pieces can cause you to fall off the side to your death (yep, been there, done that.)

After a little fight with some foes, you arrive at yet another set of twelve platforms. Once all of these are activated, the raid group will be ported to the next boss.

This boss fight requires coordination, and discussing the methods of dealing with the Chainspinner's vile circle of harmful chains before engaging it is very useful. Players will once again be grouping on the tank.

Now the group gets to climb another set of platforms! This is like the first set of platforms, but the main difference is that once both sides are cleared the center group must fight alone. All three sides will have to cross rock bridges to move on to the next boss. The side groups should pull enemies slowly since there are far more foes this time. The raid will be overwhelmed if they try to move through this area too quickly.

Varlariel looks like a wispmother and uses a few abilities reminiscent of them.

The Mage aspect fight is a little different from the other fights leading up to this point. There are two sets of foes to deal with before the mage, with the boss spawning and engaging the party once both groups of monsters are dead. Generally, the players should group up to kill the enemies. Saving a single enemy for a while allows you time for recovery of stats. However, that time seems to be limited, and if the party takes too long to defeat it, the mage will kill the last enemy and shows up when you aren't expecting it. Prepare ahead of time for this fight, and try to hold off on killing the last enemy long enough to get in position for the Mage spawn. Then, call for the players to kill the last foe.

Abilities that the Mage uses:

Mines do not disappear until the third slam, so be careful about where you go. If she is surrounded by mines, a single player may need to sacrifice him- or herself in order to clear her feet. Those with strong health bubbles can detonate mines to help the group. This is a very healing intensive part of the fight.  The DPS players need to burn as fast as possible to defeat the Mage before healers running out of magicka.

With a little final lore, the players will conquer the trial of Atherian Archive. A portal will spawn which takes the group back to the start where they can turn in the quest and enjoy the new loot.

Many thanks to the members of Gaiscioch who have helped put this together! Thank you! There are too many names to mention here, as our raiding group in ESO continues to grow. However, I do want to include special thanks to Eiahn and Prissy for running the trials for us. 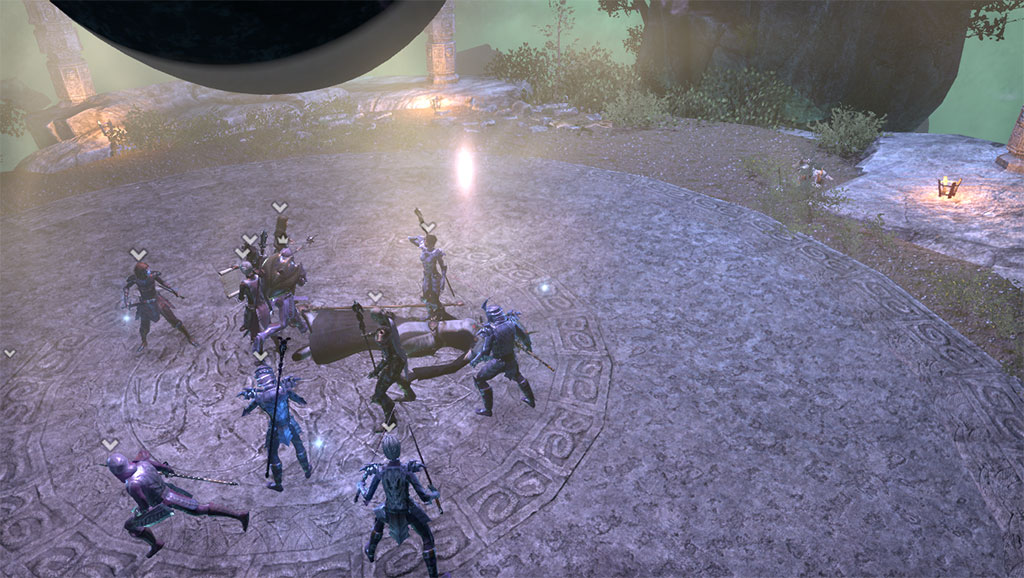