A New Age For RIFT 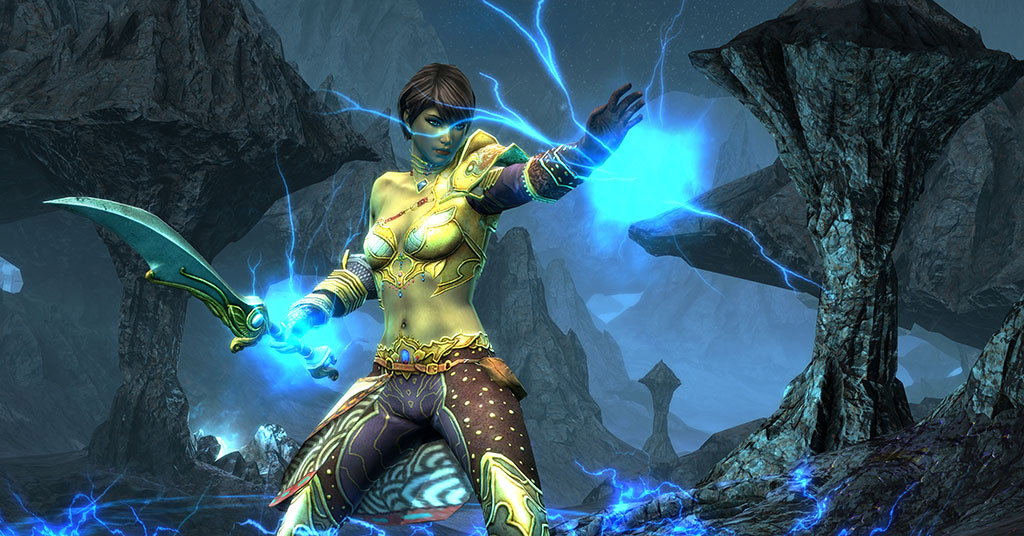 This year has been a very big year for Trion Worlds. They launched Devilian in North America, revealed their new title Atlas Reactor, and are well on their way to bringing Trove to consoles. But Trion Worlds isn't done yet! They also have an expansion for ArcheAge and RIFT rapidly approaching.

When news of the RIFT Expansion landed on my desk, I was eager to see what they were doing next. I skimmed the feature list and stopped on one line in particular that widened my eyes and raised my curiosity. It was two simple words that turned my curiosity into anticipation and those two words were "Fortress Sieges".

Now I'm a sucker for siege warfare. Whether it's PvP or PvE there's nothing better than pushing an enemy fortress and waiting for those doors to fall to unleash hell on your enemy. If done right you'll have adrenaline pumping through your veins and you'll be begging for more.

Alas, the more I searched for information on these mystical fortress sieges the less information I found. So It was time to call in some favors. I wrote my friend Scott Hartsman and begged him to let me interview one of his devs about this mystical expansion on it's way to RIFT. In true Scott fashion, "A dev" turned into "The Dev" as in the development director himself Simon Ffinch! It is with great pleasure that we share our findings with you in this short interview with the legendary Dead Simon. 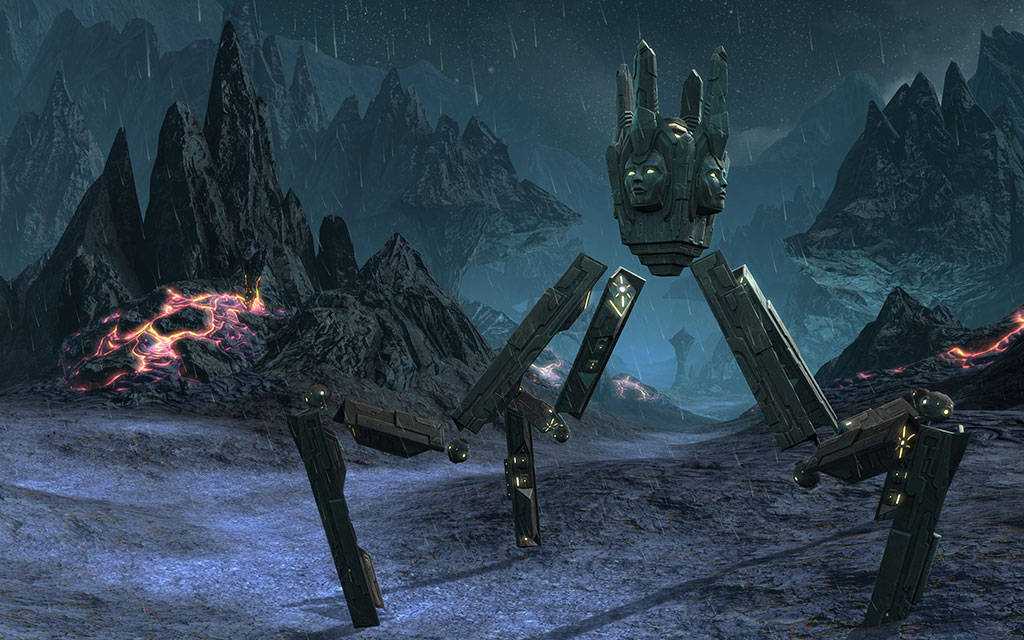 Thank you so much for speaking with us. Would you mind telling us a little about yourself and what you do at Trion Worlds?

My name is Simon Ffinch but I am known as Dead Simon to the RIFT community. I am the Development Director on RIFT. This means that all the designers report to me and I oversee a lot of the other day to day stuff required to make sure the design vision get executed on. This is my official job, the one Trion hired and pays me for. But one of the most awesome things about Trion is that they let me do a lot of actual content creation too. I have been making games for over 30 years and I think if I was not allowed to actually make stuff in the game I would probably go crazy. I’m the one who makes all the puzzles and does a lot of the work on Artifacts that are a huge collectible game within RIFT. I work on a bunch of other bits and bobs too such as mounts, dimension items, achievements etc.

A lot has happened in RIFT since it launched. We've seen the birth of instant adventures, crafting rifts, massive world bosses, and one of the most social friendly games on the market today. Comparing RIFT to other MMO's you see a very social centric vibe. Everything in RIFT pulls people together creating a very social experience. Was this a core design philosophy or did it happen completely by accident?

This was something we set out to do from the beginning. In fact the underlying technology of our servers was built with this in mind. We wanted to make it as easy for people to play together as possible and we have continued to iterate on this over the more than five and a half years RIFT has been live. Many of the systems we developed and put in ourselves, but some of them have been suggestions by our player base. We have always looked at it as a collaboration with our players and we continue to be very actively involved with them on a daily basis. Being able to easily group up with either close friends or complete strangers and have fun has always been something RIFT has excelled at.

Building on the success of RIFT, moving forward you've announced your next expansion, Starfall Prophecy. What can we expect from the social titan moving into this next expansion? What new features will we have to play with?

As mentioned above getting people to play together has always been a key goal for us. The future is no exception we are working on more ways to make it easy for people to group up and enjoy more parts of the game together, for example the upcoming looking for raid feature. Of course we need a new Raid for people to try this out on so that is coming too. I am also working on a puzzle chronicle. For those of you that are not familiar with Chronicles these are built to be completed by 2 players together. So this will be the first time that a traditionally solo feature will encourage a more social aspect. 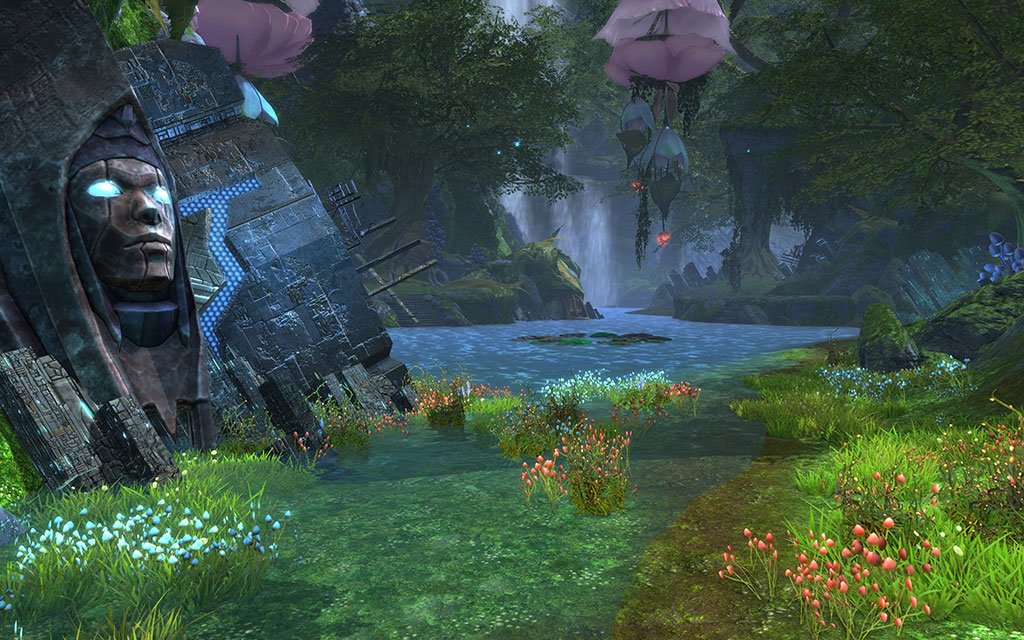 Among the feature list, I caught the term "Fortress Sieges". Can you tell us a little about these sieges and what will be involved with them?

In a nutshell Fortress Sieges combine several of our other systems into a sort of land control game. There is content for various group sizes from solo to 10 man Raids. In general the deeper you penetrate the harder things get, and the more friends you should bring along.

With 5 new zones being added with this dlc, how large are these zones?

Well the smallest of them is about the size of Droughtlands, so pretty darn big. They are absolutely jaw dropping gorgeous with surprises around every corner. With the themes of Life and Fire being a big part of the new expansion there are a couple of zones each that features these elements. The contrast between these themes is really cool and each is beautiful in its own way. There is a spot right in the middle near the tower that is a particular favorite of mine, where you can look one way and see an awe inspiring hellscape with volcanoes and rivers of lava complete with lava falls. Then you look the other way and there is an inviting naturescape with lakes, rivers and waterfalls with weird and wonderful foliage all around. It is really pretty amazing I think it is safe to say that the art team has really knocked it out of the park this time. 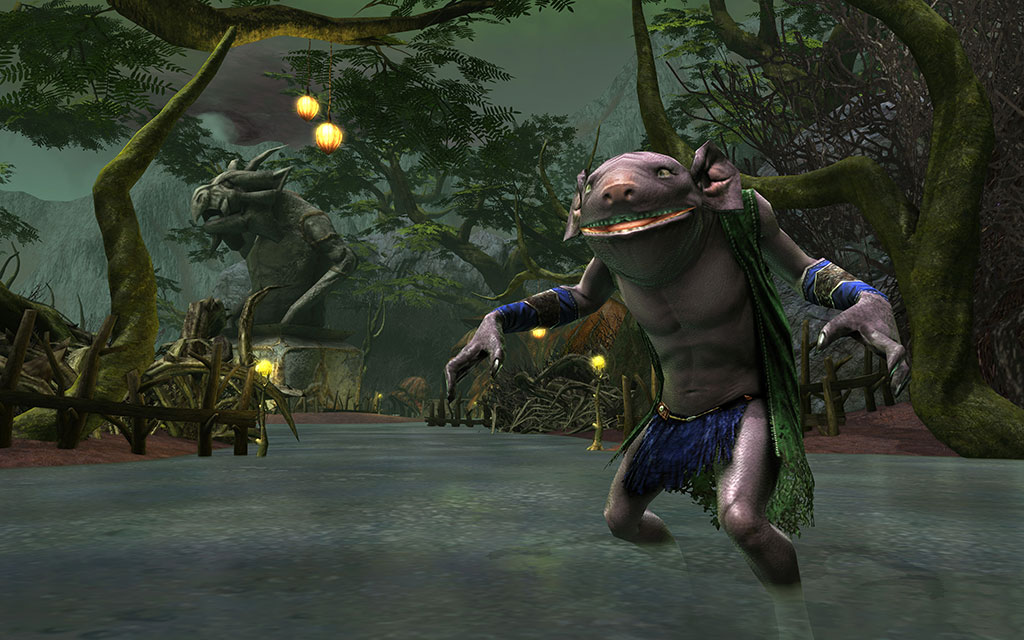 Are there any new titan sized world bosses lurking around these zones?

We have messed around with various methods of doing world bosses over the years and most of them have had some issues of server performance when we get huge numbers of people all letting off VFX at the same time, in the same place. This time we are experimenting with putting these bosses into instances. So rather than just tripping over one of these guys in the open world, you will do things that then unlock an instance for you for a time where you will get to fight large bosses. This also is tied into our fortress siege feature.

Let's talk about the Tower of Anhket for a moment. Looking at the map it appears this is dead center in the middle of the 5 zones. What type of encounter will this be? Solo, Group, Raid, Adventure, or World Boss? Are you able to give a little light on what we can expect and the center of this comet?

I don’t want to give too much away here. But basically the players will discover that the tower itself is sentient. We are in fact introducing a new ‘Big Bad’ that is going to feature heavily in the entire Starfall Prophecy content cycle. There is already a Raid that is live that introduces players to some of these ideas and the upcoming DLC will continue that story. However it is planned to go well into the future as well.

What new opportunities will be available for guilds in Starfall Prophecy? Any new features, trophies, or content designed for guilds specifically?

We actually just added a bunch of stuff with respect to guilds. For example we now have starter guilds that introduce new players to the benefits of being in a guild and allow them to explore what it means to belong to a guild right from the get go. There are tools that will then help them either start a new guild of their own or look for another guild that fits their playstyle. Additional guild improvements and features are in the works, and will be added following the launch of Starfall Prophecy. 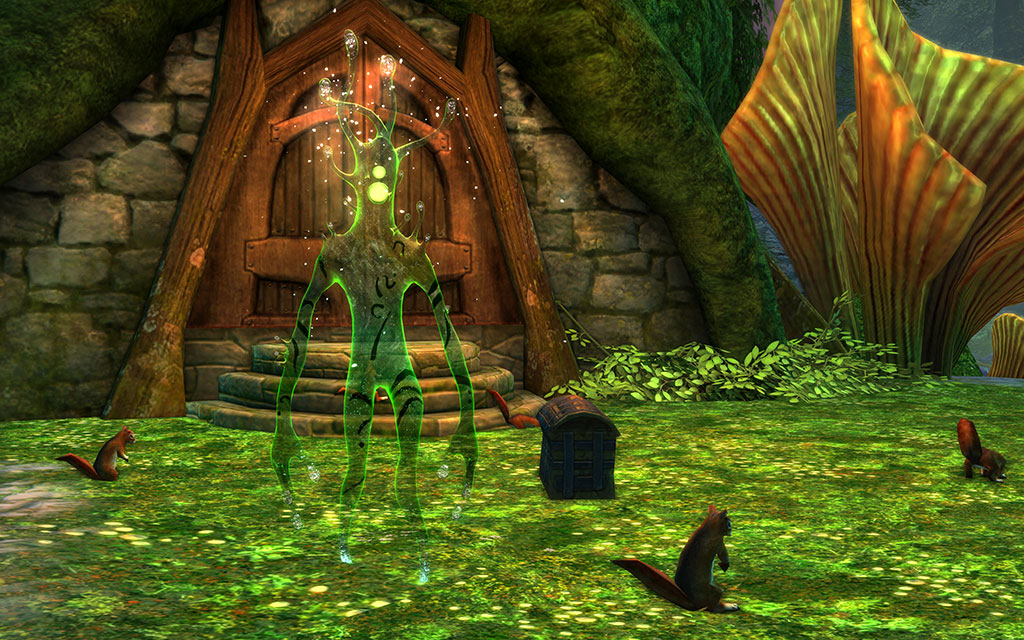 Can you explain a little about how Active Upgrades work? Is it simply the more you use it the stronger it gets, or is it a bit more in depth than that?

The system is actually very flexible and we can do a lot of neat things. You can think of it as upgrades for quests. Although these are not actual quests that you would see in the quest log, the system does allow us to set things up with the same flexibility. So sure we can make an item upgrade if you kill a billion Kobolds but we can also do things like having an upgrade trigger for completing a dungeon in a specific way or collecting a certain quantity of a specific item. The possibilities are endless.

Will there be any kind of improvements coming to the base game with Starfall Prophecy for those that do not buy into the DLC?

We are always improving the world or Telara. Technology improvements such as the recently released multi-core support or the upcoming 64-bit client, are certainly things that everyone will benefit from. We continue to release new content and systems that are not part of the expansion and will continue to do so in the future. We haven’t finalized everything with the new expansion yet and we are looking into some possibilities for people that don’t purchase it to at least get a taste of what’s in store if they do.

Is there an eta for when we can expect to see Starfall Prophecy go live?

Starfall Prophecy will be going live in fall of this year.

Where can players learn more about Starfall Prophecy?

The best place is our web site www.starfallprophecy.com 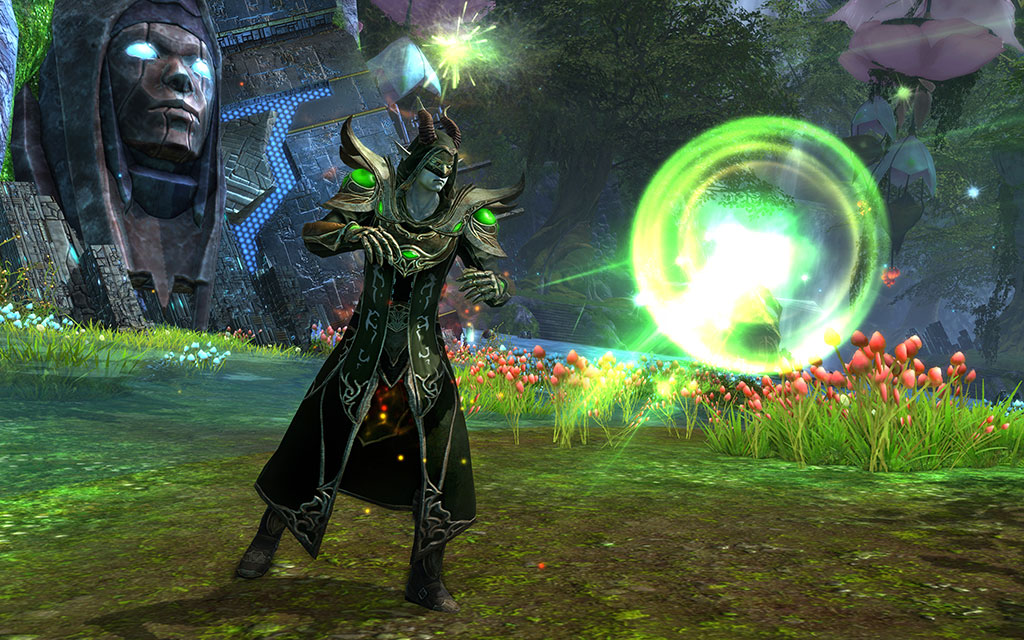