A Guide to Heart of Thorns Masteries 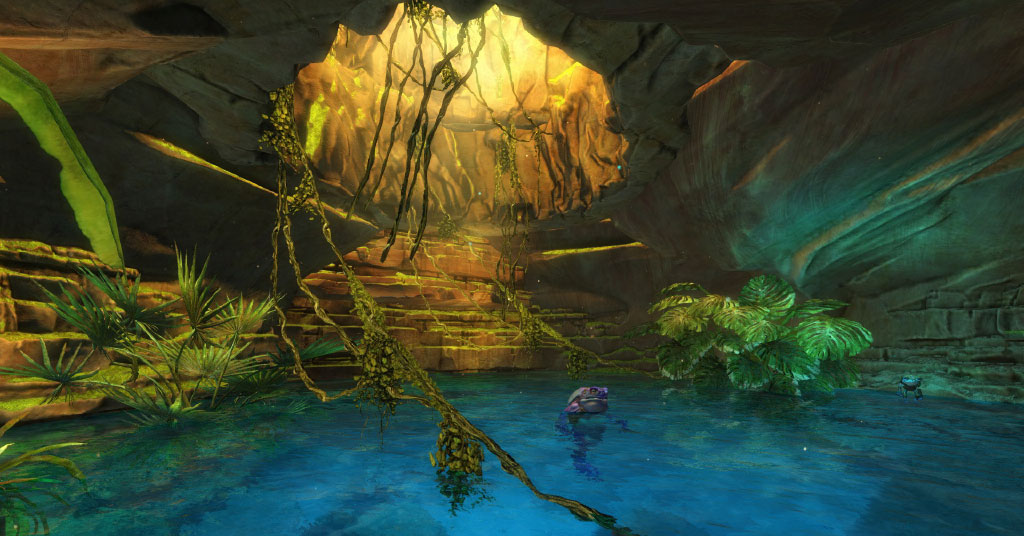 If you’ve dabbled in the new Heart of Thorns zones, you’ve surely wondered which masteries to unlock first. There are a few ways to answer this question, so let’s get started.

Nearly everything you’ll do in the new zones is better with gliding. You’ll be able to reach more places, travel more quickly and avoid lots of combat along the way. The difficult, confusing HoT maps suddenly become easy to navigate, scenic - even relaxing - once you’ve unlocked enough gliding masteries.

And how much is enough? Your goal should be Advanced Gliding, the rank 5 mastery. You’ll unlock some other great gliding skills along the way, but Advanced Gliding is where it all comes together into a fun, rewarding ability that you’ll miss every time you step out of the Heart of Maguuma.

It’s going to take a while to gather the experience and Mastery Points to unlock Advanced Gliding. Meanwhile, there are some excellent “cheap” masteries in the other lines that make it much easier to get around.

What’s more, several of these tier 1 and 2 masteries are required (or just plain handy) to progress in the story. Here’s the recommended order for unlocking them: 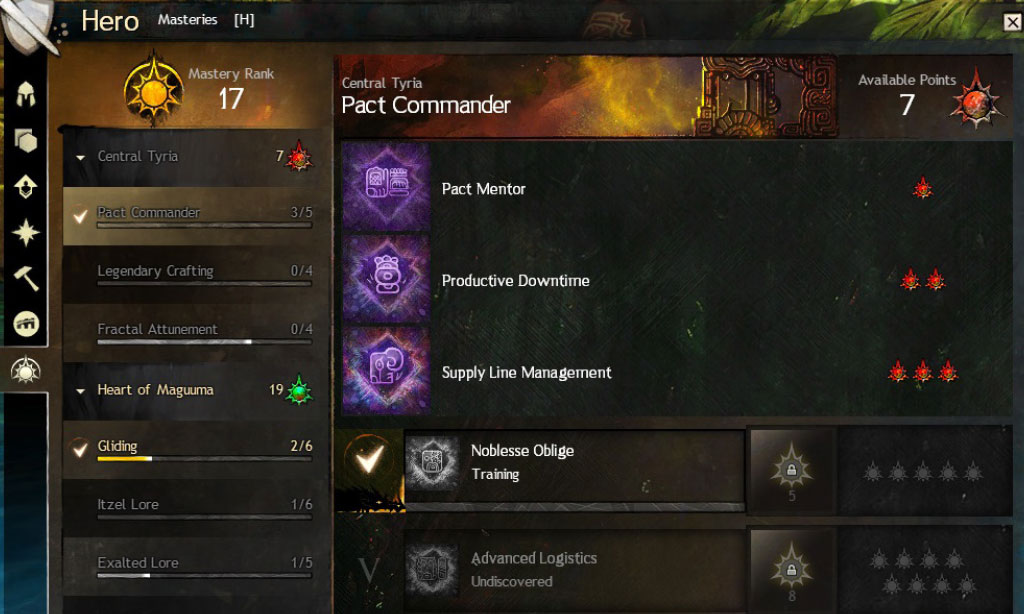 The Personalized Answer: What’s Your Goal?

You’ve unlocked the basics, and Advanced Gliding is on your bucket list. But there are quite a few other HoT masteries. Which should you grab as you explore the Heart of Maguuma?
The answer: it depends on your goals. Several masteries, including some very expensive ones, have a narrowly specialized purpose. Unless they advance one of your goals, you might prefer to get something more useful first.

Here’s my take on which masteries do the most to support common goals.

You’re harvesting, or just trying to run through without fighting.

We’ve already covered most of the best options for travel in the earlier answers (basic gliding, bouncing mushrooms, updrafts, wallows and of course advanced gliding). I want to highlight a couple more that I rely on for easy travel.

Blazing Speed Mushrooms. These are practically everywhere in HoT, and help in a couple ways. First they grant a 20 second speed boost. It’s a little faster than Swiftness, and even in-combat it’s about like Super Speed. Very nice! In addition, running over a mushroom removes movement conditions like cripple and chill. Best of all, you also get 20 seconds of minor Quickness, so your harvesting completes a little faster. Itzel Lore 3.

Stealth Gliding. I use this very often to avoid or evade the enemies I pass. To activate, just tap your dodge key while gliding and you’ll be stealthed for a few seconds, or until you land. Even jumping off a nearby rock and stealth gliding for a couple seconds can be enough to outrun the bad guys! Gliding 4.

The explorer in you wants it all: every hero challenge, mastery point, achievement - the works!

Every gliding ability you can unlock helps enormously. Lean Techniques (Gliding 3) lets you glide a little longer, or lose a little less altitude. If you are falling just short of your destination, this might be the answer.

Several hero challenges, mastery points and points of interest are covered by a fog of insta-death poison. To travel safely through these areas you’ll need the Itzel Poison Lore mastery (Itzel Lore 4). It is also quite useful during the Dragon’s Stand meta event, where being able to complete local events in poison areas will earn you achievements and mastery points.

Nuhoch Stealth Detection (Nuhoch Lore 4) is useful in a couple ways. It lets you see HoT mobs that are stealthed, so it’s fantastic for fending off those pesky snipers and bladedancers. This mastery also lets you see stealthed mobs for achievements, and Treasure Mushrooms.

The final mastery in the Gliding line, Ley Line Gliding, is very fun, and if you love gliding you’ll love it too. But it’s optional - ley lines are uncommon and most of the content reached by ley line gliding can often be bypassed with a mesmer portal.

You want to unlock great new gear and skins.

Step one is to unlock the Itzel, Exalted, and Nuhoch vendors mastery in the matching “Lore” line: Itzel Language, Exalted Acceptance, and Nuhoch Language.

For the collections that award ascended gear you’ll also need some special-purpose masteries: 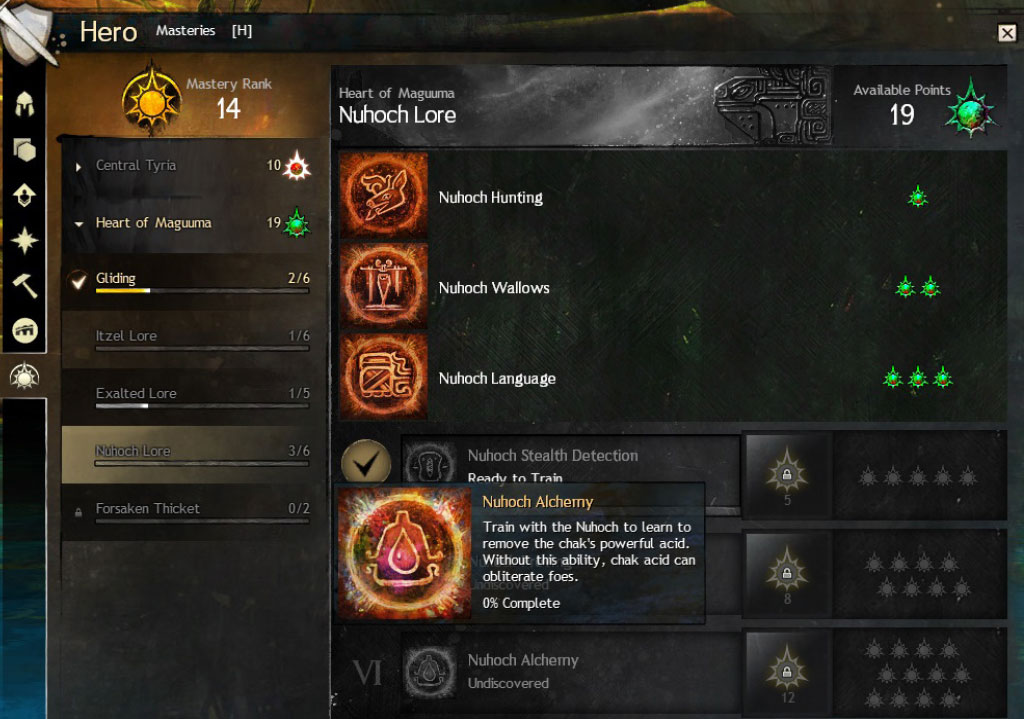 What About the Rest?

The remaining masteries can improve your ability to fight while in HoT maps, situationally.

Exalted Assistance (Exalted Lore 3). For some challenging fights in Auric Basin, this mastery lets you summon an NPC that stands by to revive a nearby downed player. It can be quite helpful if you are fighting near your Exalted helper, especially solo. In large fights like the Legendary Vinetooth, however, the NPC’s extremely small range means it often sits on the sidelines doing nothing.

Adrenal Mushrooms (Itzel Lore 6). Running over an adrenal mushroom instantly refreshes all your cooldowns, making all your skills available again -- fantastic! They can be found in open world and story instances, although there are many hard fights with no adrenal mushroom at hand. 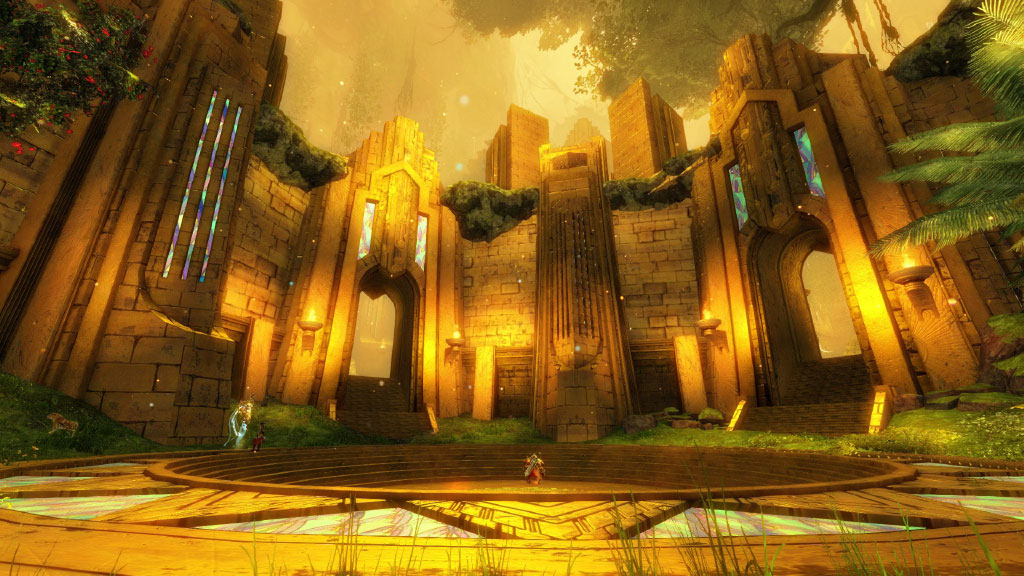